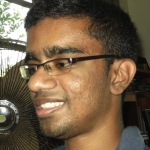 In an interview with AFP last Wednesday, Mahinda Rajapaksa has denied any involvement with the Bodu Bala Sena. He has called the organisation a Western conspiracy that alienated Muslims. We can assume it wasn’t just the Muslims it alienated, but let’s leave that for later. For now, we can take this statement in either of two ways. We can think Rajapaksa is suffering from selective myopia, given that he didn’t make any statement like this while in power.

We can also think he’s gaining humility. Now in politics humility rarely counts. This we know. It’s only natural that this statement will be greeted with disbelief, not just by his detractors but by his supporters as well. That’s what makes it all the more tragic.

When the former president secured an unprecedented majority in Parliament in 2010, he had the best chance to democratise the country he delivered from terrorism. He didn’t do that. Instead he passed through a constitutional amendment that he thought would ensure unlimited rule but which proved his undoing in the end. He alienated anyone and everyone who wasn’t part of his family. He listened to those he shouldn’t have listened to. And, perhaps most tragically, he let abuse off the hook, even with abusers who are now with the government and are lambasting him as though they’ve become lily-white angels.

I have always believed that if there’s something wrong with the Sinhala Buddhists, it’s that they fall prey to political agenda rather quickly. When the Aluthgama riots were in full swing, both the BBS and Jathika Hela Urumaya (the former more than the latter) didn’t help. What they did was to inflame a situation that could have been corrected. Easily. They let emotion prevail and excluded reason. That didn’t help, clearly.

Rajapaksa should have known better, on the other hand. But he listened to wrong advice. That too proved his undoing. And it’s not hard to see how. When the Aluthgama riots boiled over, there was an opportunity open to him. He could have made a statement. He could have eased tension. He could have stopped the riots and rioters. But he didn’t. Why? In his interview with AFP, he points out a name. Patali Champika Ranawaka. He accuses the Minister for having defended the BBS. True. Ranawaka did himself no favours during the Aluthgama riots. It was Rajitha Senaratne, the Old Left, Dilan Perera, and Wimal Weerawansa (in that order) who named names and accused the organisation. The JHU didn’t incite violence, but it didn’t help sort out the mess either.

The former president says that it was Ranawaka’s act that alienated minorities. That is only partly true. Ranawaka was not Rajapaksa’s right-hand man. If he was the statesman we wanted him to become he should have disregarded Ranawaka and resolved Aluthgama. He didn’t. Playing the blame-game doesn’t help, therefore.

It also doesn’t help that his family were perceived to be colluding with the BBS. That’s what makes his involvement-denial all the more self-contradictory. Still, his assertion that the organisation worked against his interests is spot on. Better late than never, after all. Yes, he should have acted against the BBS when he had time and they were against his interests. But then again, there were other things he should have done. He left them all undone. We now know where that lead him.

And if recent events are anything to go by, there appears to be very little substance in what he’s saying now. When Gotabaya Rajapaksa was summoned to the Bribery Commission there were supporters waving a perverted National Flag. This points more at overzealous protesters than at those they were supporting, but the move clearly backfired. If the Bodu Bala Sena was involved with this that makes the AFP interview even more self-contradictory.

Mahinda Rajapaksa must substantiate assertion. If he wants to deny collusion with the BBS he must do so to the public. He must clarify and reveal what really happened during Aluthgama. He must name names. He has the support of the Sinhala Buddhist community but he must have the foresight to embrace all and alienate none. That is why the BBS needs to be out. It may be a short-term plus-factor but in the long run it won’t help. This he must realise. At once.