We are on course Ladies and Gentlemen, the “Lady’ is back “victorious” and “stronger” than ever.

I wrote about, “Jayalalithaa’s Incredible Tenacity“, in an article in theColombo Telegraph and many relished the thought of me eating humble pie when she was convicted of, what the charge described as amassing “disproportionate assets.”

And later, I didn’t call her “The Formidable Jayalalithaa – Unrivalled Leader Of The Tamils“, for nothing!

The Lady is not for turning! I said it once, I said it twice and I am saying it a third time! And I am right every time!

Hear ye, hear ye, the incredible and formidable Jayalalithaa, the relentless defender of Eelam rights is back in the saddle. She will be sworn in again on Sunday May 17 2015 as Chief Minister of Tamilnadu.

The so called “corruption case” brought on by her arch rival DMK stalwart Karunanidhi who has not come to this with clean hands no doubt, and another – an attention seeker, anti-Eelam Tamil propagandist andMahinda and Gotabaya Rajapaksa buddy, Subramanian Swamy has been demolished – The DMK, pursuing the case with a vengeance, everyone knows, to topple this otherwise unshakeable “political giant” the only major threat to their family rule. 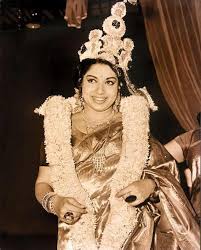 The move to oust her by any means didn’t go according to plan, much to the chagrin of the two petitioners in the trial, with the Karnataka High Court declaring her acquittal in a well reasoned judgement, here today in Bangalore – the NDTV Anchor Ankita Mukherji from the “left Right and Centre” programme, noting, that as Jayalalithaa, “is now all set to make a triumphant comeback, the contrast couldn’t be starker – the case that took 18 long years in a lower court for conviction – in an acquittal, took ten second to pronounce,” she said. Yes, 10 seconds – the time it took Justice Kumaraswamy of the Karnataka High Court to announce his decision to overturn the verdict of the Trial Court in a case that ran and ran for nearly two decades.[1]

It’s significant that the case was transferred from Tamilnadu to Karantaka on a supreme court order in 2003.

Jayalalithaa was found guilty, and now acquitted, of accumulating wealth to the tune of Indian, “Rupees 53 crores and sentenced to 4 years and fined 100 crores in September 2014 by a trial court,” that could have otherwise virtually brought an end to her political career. Jayalalithaa, calling it politically motivated, “contended that the then DMK government-led investigation had deliberately over-valued her assets and she had acquired the property, including jewellery, through legal means.”

As a result of this conviction Jaya had to step down as Chief Minister and had to give up her State Assembly seat in Srirangam. No not only will she be reinstated now, arrangements are being made for her to return to her Srirangam seat with the newly elected incumbent expected to resign with immediate effect.

Vindicated and obviously “satisfied” with the verdict Jayalalithaa thanked her party “cadres” and the people of Tamilnadu: “I have emerged as tested pure gold,” she said, “I have done nothing wrong.. Dharmam has won.” [2]

Whilst supporters were jubilant and offering sweet laddus to everyone at this most surprising but joyous turn of events, fireworks were being lit everywhere; many were fulfilling the vows of penance they took for months and months in the name of their dear leader, never for a moment accepting that her political chapter had closed. Even the man who took over the reins actually seemed like he took it, temporarily, in an acting capacity; Paneerselvam never sat on the Chief Minister’s chair or occupied her room; he was still in the Finance Minister’s seat; here was a man who cried when he took office and will surely be smiling when he resigns! This is indeed unprecedented, as someone said his attitude could give a new meaning to the word “loyalty”. Unable to believe what I was hearing when I woke up this morning I was pinching myself; please somebody tell me I am not having a beautiful dream!

And then I realized I wasn’t dreaming – it’s been confirmed , splashed all over the Indian media and worldwide with Prime Minister Narendra Modi and Foreign Affairs Minister Sushma Swaraj congratulating Jayalalithaa, with Modi speaking to her personally on the phone according to a AIADMK statement. [3] Jayalalithaa had missed Modi’s oath taking ceremony as Prime Minister to show her objections to the invitation accorded to Mahinda Rajapaksa – The Tamilnadu State Assembly had in March 2013, it should be remembered, “unanimously adopted a resolution urging the Centre to stop treating Sri Lanka as a friendly nation and to slap sanctions on it while demanding a referendum for a separate Tamil Eelam.” [4]

In recent times the Modi government has counted on AIADMK support to push through “key issues in parliament,” including its land reform bill:

“The party has supported the BJP government on several key issues in Parliament. The Modi government, which is in a minority in the Rajya Sabha depends on the support of regional parties like the AIADMK to push through key legislation. In the national elections that PM Modi’s BJP won, Ms Jayalalithaa swept her state, winning 37 of 39 seats. That made her AIADMK the third largest party in the Lok Sabha.”

Now Jayalalithaa, as far as the Centre is concerned, “is no more the convict, but an honourable executive.. strengthening her position vis-a-vis national politics,” according to senior journalist, Shekar Gupta. It, “also strengthens her power within the party.. although there was never a challenge.. but from being the boss from outside to being on top with genuine executive power and status is very different, to that extent it changes the picture for her for the better,” he added. [5]

The High Court’s judgement was 919 pages long and acquitted her based on the law that she was allowed 10% of her income as accumulated wealth (and 20% in Andhra Pradesh), whereas, “the disproportionate income of Jayalalithaa’s works out to 8.12 % which is within permissible limits.”

Jayalalithaa’s administration that had not been functioning properly and had been almost “paralysed” since her conviction was beginning to fast track all of its operations with new vigour. The AIADMK party itself got a new lease of life as it were, its website releasing a video compiling the tributes and greetings of many of the party faithful, MLAs, Ministers and the people of Tamilnadu. In it were the words: [9]

Amma is the Spirit of Tamilnadu

And if I may dare add to the people’s cry I would say, “Amma is the Spirit of Tamil Eelam.”

For me like Tamil Nadu, “Today was Mother’s Day for a second time!”