Five years after the racial civil-war: This race-war is more appalling than the Dutugamunu-Elalan conflict

The war that ended five years ago was a race-war. I do not say this as a hard, cold fact; I have no patience with euphemisms. Let’s call a spade a spade. In my judgement 99% of Sinhalese longed for the defeat and obliteration of the LTTE and the death of Prabaharan; 90% were convinced that the Tamils had no problem and that an armed struggle was unjustified. That’s plain vanilla Fact-1. I also know that at the height of the LTTE’s popularity two-thirds or more of Tamils empathised with it. Tamils were and are convinced that they were and are an oppressed, discriminated minority, that peaceful attempts and political avenues ended in a blind alley, and that the LTTE, by taking to arms, wisely or unwisely, was at last standing up for them. Face it, that’s Tamil opinion; plain vanilla Fact-2. Whether you are Sinhalese or Tamil face it, most lousy Lankans are racists.

The Dutugamunu-Elalan conflict was not a race-war to anything like this extent, his purported para-demaluremark notwithstanding. My understanding of ancient history is drawn from standard sources and I see nothing akin to today’s racism in the second century BC. Dutugamunu’s campaign was to unify a fragmented country and the war with Elalan was an element in that strategy. His reign, as best as I can work out from standard sources, was one of material prosperity and concord. The period leading up to, and his reign itself (161-137 BC), cannot be likened to the racism of post-independence Lanka. The Mahavamsa, put together in the 5-th Century AD, projected what is now know as the Mahavamsa Ideology, backwards to a time in which it did not belong. Remember the punitive invasion of Raja Raja Cholan was much later in 993AD and an entirely different story.

Conversely, post-independence Lanka has witnessed sustained racial tension; what ended in 2009 was a 25-year race-war. This story of our times is different for three reasons; its causes and origins, its methods and prosecution and its present status (the inability of the races to reach settlement). Let’s take a cold look at the facts and make an assessment of future prospects on this the fifth anniversary of the victory of the Sinhalese race over the Tamil race. Yes I know that I am being deliberately provocative in choice of words, hence my opponents for the duration of this essay will be sloppy bless-their-hearts do-gooders and softie liberals without stomach for indigestible facts. The world is awash with good people, like my lovely aunts, who imagine that shielding their eyes from evil extinguishes it.

I have no intention of inventorying a catechism of complaints and counter complaints, I will only take stock of matters that obstruct a political solution or transform the options. Prime place I give to the state in Lanka which has mutated into a full-fledged Sinhala-State. I don’t use this identifier today as a term of criticism, simply a description. To recap quickly, its main features are; a de facto mono-ethnic government, a literally mono-ethnic armed force, alienation of Tamils, provisions in the constitution, and probably most important the hegemonic ideology of state and society. Mutation from the old comprador order occurred over time from 1948 and reached a zenith and plateaued before year 2000. The Rajapakse regime resides on that plateau and because of its quintessential nature and support structures it cannot climb down from the gum tree it is foist on. 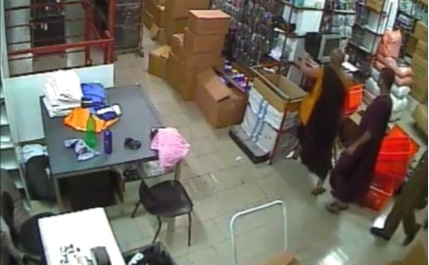 Jumping across the intermediate lamentations to what is relevant to my topic, the other key  factor is that, for better for worse, the LTTE on behalf of the Tamils undertook a civil war to secede and form a Tamil state. The Tamils lost the war but nothing else has changed. The nature of the state, hegemonic ideology of state and society, and the Tamil condition of mind (conviction that they are an alienated people) all remain unaltered; this has no parallel with 161 BC. The Tamils are now stuck up another gum tree, one they have been driven up; I see no possibility of their clambering down.

The conduct of hostilities during the half century of violence, not just war, starting in the late 1950s (pogroms, military repression, terrorism of many sorts by both sides, and a no holds barred civil war) and extending to May 2009, and still persisting in a minor key, has been more virulent than anything in Lanka’s previous history. Even the brutal scorched earth policy the British let loose in the Uva after the 1918 rebellion was not sustained for years and years.

Thus we have two negative factors; institutional transformations that occurred over half a century that make an ethnic settlement extremely difficult (pessimists would say impossible), and secondly scars of conflict that make forgiveness and reconciliation grim and unlikely. The DNA of the Rajapakse Government is so screwed that, in my view, a political settlement between Sinhalese and Tamil peoples is out of the question so long as it remains in office. However this piece looks at a long timeframe, beyond the happy day when this lot is booted out. The question then is: Once rid of this obstacle and say with a flexible alternative in office, will ethnic reconciliation and political settlement be feasible? One-state with internal autonomy, or two living side by side in peace are both perfectly acceptable. Who cares so long as there is peace and people are content!

Is there reason to presume that closure and peace, on either a one-state with devolution, or a two-state basis is possible in the foreseeable future? Only an inflexible pedant will assert that both are impossible, but also it is simple minded to discount the difficulties impeding both. At the risk of being called a pessimist I veer towards seeing both as difficult, even after that bright and sunny day on which at last we see the back of the Rajapakses. Current events in Ukraine add to my pessimism, but I must make an assertion before that.

Let me make it absolutely clear that when the road seems difficult and the path steep, no way should we abandon the struggle or relax our commitment. In political as in personal life, at times challenges are grim, at other times it seems easy, but in either circumstance the grind must go on.  The world can always be made at least a little better, whatever its current state. But we must approach the task as realists, not wide-eyed idealists.

Why Ukraine has made me pessimistic

Disaster was starring the post-coup government in Kiev in the face, unless it was prepared to relax its refusal to grant autonomy to the three Russian speaking eastern provinces, Donetsk, Luhansk and Kharkiv. Differences had been aggravating over many years due to a Centre led campaign to push the Ukrainian language into prominence putting Russian speakers, in their opinion, at a disadvantage. When political instability set in after the ousting of President Viktor Yanukovych in February 2014 these provinces took their opportunity to up the ante and press their demands. Autonomy was replaced by a demand from federalism and as confrontation escalated a self-determination referendum was held in Donetsk and Luhansk on 11 May. It secured thumping majorities. The post-coup government was unable to quickly devolve substantial power and defuse rising tension because it was under the sway of extremist forces (Svaboda and Right Sector). The presence of massed Russian troops on the other side of the border ruled out a crushing military strike by Kiev against the rebellious provinces. 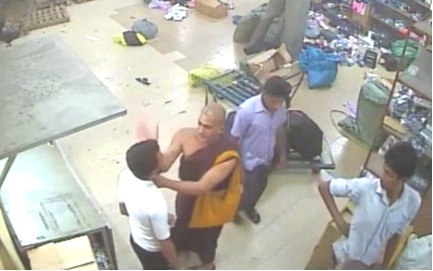 To my mind the parallels with Lanka are striking, so are certain crucial differences. The big difference is that the role of Russia is markedly different from any potential role of India in Lanka. The boldness and the declaration of rights by Donetsk and Luhansk and the annexation of Crimea would have been impossible without tacit Russian support in the first two and Russian intervention in the third. Unlike in the case of Lanka, foreign influence in the Ukraine is contradictory and pulling in different directions – the West versus Russia.

Many other parts of the storyline, however, seem weirdly similar; festering differences on language, (Sinhala-Only, Speak-Ukrainian), stubborn refusal to devolve power, rising tensions, extremist movements with the ability to exert veto powers over the government, and the obvious loss of moral legitimacy of the government in both countries. (In the Ukraine the post-coup regime in Kiev has no constitutional legitimacy either). The 90% pro self-determination ballot on 11 May in Donetsk and Luhansk and the 75% voter turnout, is like a rerun of the TNA’s performance in the 2013 northern provincial elections.

The ground for pessimism is that Lanka is stuck with the worst of both worlds. On the one hand, internal conditions are not merely bad, but worse than Ukraine. Over there they did not fight a 25 year civil-war and the Ukrainian state was never a rabid mono-ethnic monster. On the other hand the possibility of a two-state solution is near impossible in Lanka because there is no way India will play an active interventionist role as Russia did, both openly (Crimea) and obliquely in the eastern provinces. This is why most likely we are stuck in a chasm between the devil and the deep blue sea with no light visible at either end of the tunnel. A small candle will light up when we get rid of the Rajapakses, but that could still be a year or two away.