The rape and murder of a 17-year-old schoolgirl two weeks ago, has given rise to the biggest protest seen in North in recent times. The police have announced that 9 persons have been arrested and are been investigated. DNA samples have been taken and sent for examination.

Meanwhile, the President of Sri Lanka publicly stated that the case would be tried in a special court to avoid the usual delay and to ensure justice speedily. This promise by the President is quite welcome. We hope that the investigations will be completed soon and the Attorney General will also file the indictments soon and the trial will commence.

While this move is being appreciated, it needs to be emphasized that a speedy trial in cases of rape is a right of all victims of rape and, in fact, of the community in general.

The delays that now prevail are scandalous. 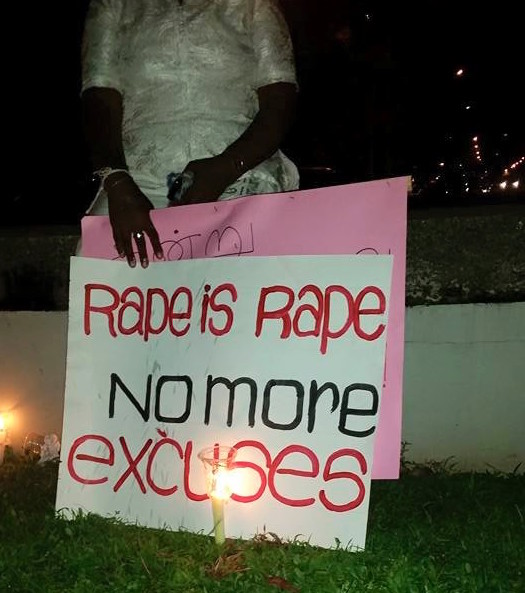 Let’s take the case of Rita who was 14-years-old when she was raped on 12 August 2001. She was a schoolgirl from an underprivileged background. Her parents were working in the tea plantations. Alleged rapists in her case were two young boys from affluent families in the area. Within a short time following her complaint, the police were able to locate and arrest the two suspects.

However, now, 14 years after the event, the trial is still dragging on. The victim has regularly attended the court and has in no way contributed to the delays. However, as is done often in such cases, in this case too, the defence sought delays for all kinds of reasons knowing that it has a weak case. Unfortunately, the relevant courts in which the case has been taken up have taken no serious efforts to ensure a fair trial without undue delay.

The numbers of cases in which there are scandalous delay has to be counted in thousands. The task before the President and his government is to find a solution to this terrible problem. As for the President, he has a full term of office before him, as he has been elected only on the 8 January 2015. The President’s task should be to, first of all, request appropriate authorities, particularly the Minister of Justice, to provide for him a thorough report on the state of delays in adjudication of criminal cases in Sri Lanka, with emphasis on the trials in most serious crimes, such as rape, murder, and the like.

The first, most important, step is to restore the hearing of criminal trials on a day-to-day basis. This was a practice when jury trials were in practice. However, the virtual abandonment of jury trials has left the decision of postponing the dates of trial to the discretion of the judges. Examination of any of the case records of the trials that have been going on for some time would clearly indicate that the grounds on which the postponements have been given are not rationally or morally justified. Hearing of the cases on a day-to-day basis should not be left to the discretion of the judges; such hearings should be made compulsory. The adjusting of the court schedules for this purpose is purely a task of managing cases. If a court cannot hear a case on a particular date, there is no rational purpose of fixing the case on trial on that date. This is just a matter of common sense. This should not be a difficult task for the President of the country to set-up through appropriate authorities and also to get the cooperation of the courts for that purpose.

There are other matters, such as delays in investigations and delays at the Attorney General’s department, which are also, for the most part, a result of neglected management. Inadequate funding of relevant departments is certainly one of the major causes for negligence in management. It is the duty of the President and his government to make the necessary funding allocations to the relevant departments so that they can resolve the internal problem of time in relation to fair trial.

It is understandable that due to the political climate of the recent past, the Military has acquired a prominent place in the country. It should be noted that in maintaining peace and stability, institutions of administration of justice play a far more important role than the Military. However, this peacetime perspective has been completely missing during the last regime. This is one area that the President needs to take a critical look at if the goals he has set to achieve are to be realized.

It is quite well known that quite a large part of the national budget is allocated to the Military, as compared to the budget allocated for running the institutions of the administration of justice. Such lopsided allocations of budget are an indication of the absence of a national policy for realising peace and stability through the means of a functioning system of administration of justice. No amount of military intervention could address problems of internal security and stability if the institutions meant to administer justice are neglected.

Thus this issue of brutal rape and murder of the 17-year-old girl should require a more profound response than the mere promise of a speedy trial only for this case. In the first place, if the country’s civilian policing system and the courts were functioning properly in the area where this crime took place it is quite likely that the crime itself could have been prevented. Prevention of violent crimes is primarily a task of the institutions of the administration of justice. Therefore, civilian policing and the courts need to be strengthened in these areas, as well as in the rest of the country, to prevent further chaos.

*Deterioration of the Legal Intellect – Part 8