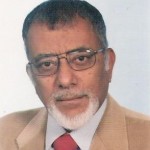 Tolerance is not a human characteristic. A small difference in skin-colour, language or religion has been enough to prompt one group of Sapiens to set about attacking and exterminating another group. – Sapiens: A Brief History of Humankind, Yuval Noah Harari, Professor of History, Hebrew University of Jerusalem.

Act 2 of Shakespeare’s ‘Richard the Second’ contains an eulogy on England marked by rhetorical repetition: this “sceptred” isle, this other Eden, this fortress against the hand of war, this happy breed of men, this blessed plot, this earth, this England. Subramanian employs the same deictic term with reference to Sri Lanka in his book’s title but with irony; not to laud but to lament. South Indian Subramanian paid visits to Sri Lanka and then lived on the Island to research his book. The work reminds me of investigative, inquiring, travel-books such as those written by V. S. Naipaul (also of Shiva Naipaul’s North of South) particularly of his An Area of Darkness, written after one year of living and travelling in India. An Area of Darkness hurt and outraged Indians, I suspect more for its condescending, at times caustic, manner than because of its content. There’s nothing of that superiority in Subramanian: quite the contrary. Superficially, peace is the absence of war but true peace is more than mere absence. Genuine peace is presence, the presence of security, harmony and hope in all. So too with unity, and Subramanian writing after the war ended and the Island was violently unified, describes Sri Lanka as “this divided island” because the country still remains divided in real experiential terms – experiences both past and present. 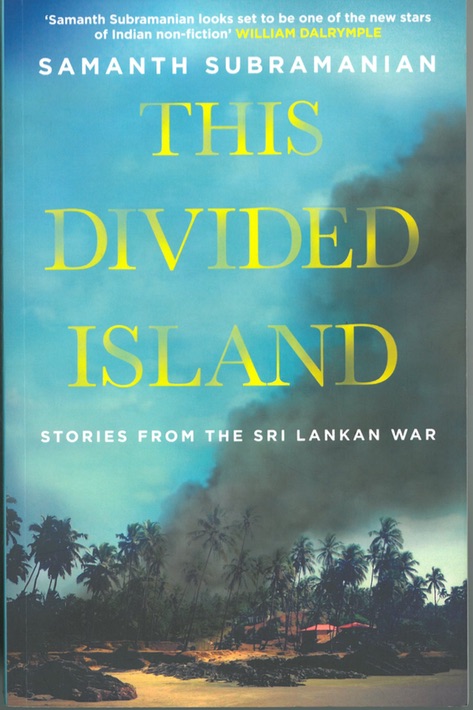 Subramanian was an outsider temporarily inside. (I am reminded of when I taught in the Middle East: Asians, both professionals and workers, to a degree opened up to me because I am Asian; Arabs took me into a measure of confidence because I wasn’t white, and whites because I was a professional and a non-Arab.)

But the author has an advantage over Naipaul in that he speaks one of the languages, Tamil, and could engage with so-called ordinary Tamils on a one-to-one basis without relying on interpreters.

“In its most hackneyed perception…Sri Lanka is shaped like a teardrop. But it also looks like the cross-section of a hand grenade“ (page 18). In the 21st century, Subramanian comments, the Island is still powerfully and pervasively influenced by the myth related in the 6th century CE text, The Mahavamsa, and modern Sri Lanka remembers Dutugemunu more than any other figure except only the Buddha (page 186). The non-Buddhist world’s idea of Buddhism is one of “pacific thought and lofty deeds and high detachment” but, like all other religions, Buddhism too can be “poured into new and unexpected moulds” (page 204). Buddhist teaching urges renunciation and the eschewing of violence but in Sri Lanka what Buddhists renounce is non-violence – “for the larger good of the Buddhist nation” (page 220).

Money that could be used to re-build homes, hospitals and schools in the war-ravaged North and East is lavished in constructing Buddhist structures in these areas. Of a new viharaya built on a Hindu site, Subramanian says it is not easy to regard the structure “as anything but a taunt, a stamp of Buddhist domination” (page 201). Religion is made into a tool justifying ‘racist’ politics. If there is nothing Buddhist to reclaim, there is always something Hindu and Tamil to destroy (page 198). “The Buddha, the personification of love and kindness” is made to find in the Tamils a people to hate (page 29). History too is mobilised, manufactured and re-written for ‘racist’ purpose: pages 195-6. (See the comment on Professor Romila Thapar’s Somanatha: The Many Voices of a History in Sarvan, ‘Reign of Anomy’, Public Writings on Sri Lanka, Volume 2.)

Myth and fiction passing as fact, rumour (both the “momentous and the trivial”) flourishes and “forms the chief currency” in Sri Lanka (page 12). I am taken back decades to the anti-Tamil riot of 1958 when I took shelter in the Gampaha police station. Some Tamil workers had also sought safety; an excited mob gathered, and I could see Buddhist monks among them behaving in a most un-Buddhist manner. The officer in charge who used to talk with me off and on told me that a train was coming from Jaffna, each carriage filled with the bodies of Sinhalese slaughtered by Tamils: I imagined the corpses, tightly packed like sardines in a can. “Why did your people do this?” the officer demanded. Having no news, I could neither deny nor explain but of one thing I was certain: if there was, indeed, such a grisly train travelling through the dark night, then when it steamed into Colombo, I would be dead in Gampaha – perhaps killed by that police officer even before the monks and the mob got their hands on me. What I remember most is the ready-willingness of that man to give credence to the rumour. Of course, it was utterly unfounded but, rather than learn from his mistake, I suspect the officer simply moved on to be swallow the next fiction. Rumour – the more bizarre the better – readily takes hold of easily-excited, peoples.

In the North of the Island, on either side of the roads were “stretches of empty houses, some of them so consummately wrecked that they looked like strange outgrowths of stone rather than disintegrated structures” (page 98). Sir Ponnambalam Ramanathan was a man who had been active in the revival of Buddhism and Buddhist education. During the Sinhalese-Muslim Riots of 1915 (from May 28—June 5, 1915) the British Governor ordered the imprisonment of several prominent Sinhalese leaders. At the request of Anagarika Dharmapala, Ramanathan sailed to England despite danger (World War I was on), and argued the case of the imprisoned. So articulate were his arguments that he succeeded in having the Governor transferred and the head of the military recalled. Ramanathan succeeded in securing the release of all the leaders, and when he returned to Ceylon there were thousands to welcome him. The jubilant crowd –largely Sinhalese – detached the horses and drew the carriage themselves. D. S. Senanayake (later, the first Sri Lankan prime minister) called Ramanathan “the greatest Ceylonese of all times”. Now the statue to this man stands on “a stretch of blasted earth, strewn with rubble”, its head missing altogether so that the central iron pole protruded like a grotesque spinal column (page 149). Meanwhile, in stark contrast, new “Buddhist stupas rose in shattered towns, their splendid milky finish in sore contrast to the ruin around them” (page 192)

The compelled “unmaking” (page 67) of a sense of belonging is often the beginning of political awareness. Here Subramanian carefully tries to divide the yolk of the egg from the white (page 47); to separate Tamil grievance, including the sense of being rejected and subordinated, from the nature and conduct of the Tigers, particularly the paranoia, cruelty and folly of their leader Prabhakaran whose “political incapacity” eroded his military acumen (page 241). The Tigers showed an endless genius for brutality (page 47) and, in the words of an interviewee, towards the end of the war, both the Tigers and the army acted like veritable devils (pages 244-5). Conrad’s Heart of Darkness and the words of dying Kurtz, once a lofty idealist now metamorphosed into a monster of cruelty, come to mind: “The horror! The horror!”

The subtitle of the book, ‘Stories from the Sri Lankan War’, suggests that Subramanian is not interested so much in the causes as in the human consequences of war. Like all good writers, he sees significance not only in the large but also in the small, the apparently inconsequential; in the taken-for-granted: the doll of a slain daughter; a bottle of water brought by fishermen from the sea which (ostensibly for security reasons) they are no longer permitted to sail. There is the effective use of what in literary criticism is known as ‘figures of speech’: peace has curdled into something sour and unhealthy (page 6). “The land looked as if it had been crumpled by some giant hand: the vegetation flattened, the earth clawed out, the water turbid” (page 20). “Jaffna felt stifled and sullen, as if it had cotton wool stuffed into its mouth” (page 127). “Every so often, a mass grave burst forth, like a pustule, revealing a little of the infection in the body” (page 41). With reference to the Prevention of Terrorism Act still in force, the stale phrase, “an iron hand in a velvet glove” is altered to “an iron hand in an iron glove” (page 125). Walter Benjamin (socialist, brilliant philosopher and social critic who committed suicide while attempting to escape the Nazis) in an essay on ‘The Storyteller’ observes that it is half the art of storytelling to keep a story from full explanation: Romesh Gunesekera’s quiet and subtle Noontide Toll comes to mind. Much is left unknown in This Divided Island; the future of the dramatis personae uncertain and unknown. Samanth Subramanian has deep personal misgivings: isn’t such work of journalism parasitic, “fattening itself on the time and memories of others but giving back nothing tangible at all” (page 171)? Perhaps, the answer is there on an earlier page: “No truth is ever easily accessed or clarified, but the process of inquiry [I may add, “and reporting”] can be revelatory in its own right” (page 132).

Anger still ripples through the Island, and it was as if a people habituated to war and violence “had forgotten any other way to live” (page 286). There can be no morality without imagination; that is, without the ability to see that the “you” is also an “I; that “they” are also “we”; the others, us. And so Subramanian wonders, what must have life been like for those trapped in the very heart of [the heartless] war (page 18)? The war was “a beast of the wild” and its “spoor” is evident (page 106).

Wilfred Owen in a poem about the pitiful waste resulting from war imagines a soldier killed in combat meeting in the other-world the enemy soldier who had shot him the previous day. That soldier has in turn now been killed in battle, and hence the work’s title: ‘Strange meeting’. (Owen himself was killed in action at the age of twenty-five, just a few days before the Armistice which ended the 1st World War. News of his death was brought to his parents even as they listened to the bells proclaiming the joyful tidings of peace.)

“I mean the truth untold,
The pity of war, the pity war distilled …
I would have poured my spirit without stint
But not … on the cess of war …

I am the enemy you killed, my friend …
Let us sleep now.”

In a linguistic ‘sleight of hand’, we shrug with resignation and say “War is cruel”. War personified is blamed for war, hiding the fact that it is we, Sapiens (to use Harari’s term) who begin wars and, what is more, determine their nature.

I thank Christopher Rezel (Sri Lankan writer and journalist, Australia) for drawing my attention to this book; Samanth Subramanian for a clarifying reply and, most, for a disturbing study. Needless to say, the shortcomings are all mine.