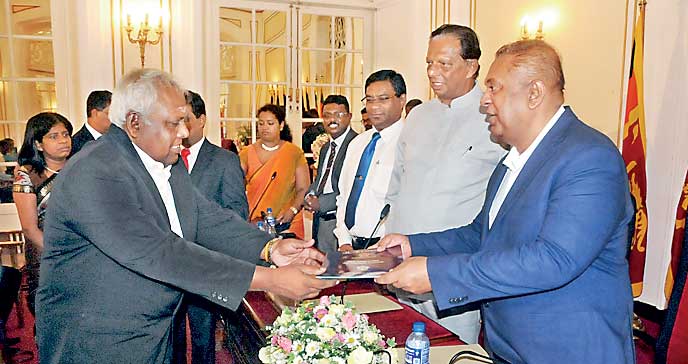 “You are all citizens of this country who now carry the flag for Sri Lanka overseas,” Samaraweera said, adding that “for too many years since independence we allowed ourselves to be divided along different lines – ethnic, religious, linguistic, class – it is time we were all united in mind and spirit.”
The Foreign Minister noted that the Sri Lankan Diaspora had demonstrated their contribution to the advancement of science and technology, the pursuit of justice and the production of wealth in many overseas nations.
“There is much you can contribute and there is much that we can learn from your experiences,” he told the new dual citizenship holders at the Republic Building in Colombo.
Minister Samaraweera hoped that with Sri Lanka opening its doors to welcome them, these Sri Lankans living overseas would respond by returning home to become stakeholders in the country’s new journey towards reconciliation and development.
He said the Government was trying to think of new ways to embrace and engage Lankans living overseas, and urged them to be innovative as they join in the country’s journey.
“Above all, it is your passion that Sri Lanka needs: the passion to motivate and mobilise the Diasporas and the world to join our journey in creating a new Sri Lanka as a reconciled and united nation at peace,” the Minister said.
“Many say you have the best of both worlds, but in you, we have the best of both worlds,” the Foreign Minister asserted. (DB)