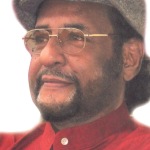 The recent gang rape and murder of an eighteen year old Tamil school girl, Vidya Sivaloganathan in Pungudutivu, raised righteous protests and condemnation from all decent people throughout the Land. There is already a high rate of rape and child abuse in the country. It is a damning indictment of a rotting, morally defunct neo-colonial State and Social Order. Women and children from all communities and nationalities are subject to this heinous crime of violent sexual abuse- on a routine basis. Gang rape and murder have occurred before. So, what was of particular outrageous provocation that assaulted the conscience of society over the gang rape and murder of Vidya? There are several reasons and those who protested and raged may have their own subjective compulsions and motivations. It must be said that the effort of the degenerate Mahinda camp and some limp and lame journalists to defame the protestors by focusing on the possibility of ‘anti-national’ forces being involved in a ‘separatist’ conspiracy’ is as repugnant, reviling and revolting as the crime against Vidya itself. Perhaps, many felt that ‘enough is enough’. In truth, once is enough! At a deeper level, the violation of Vidya was felt to be a collective violation of humanity. For some, this violation was a concentrated expression of accumulated criminal violations against Nature and Humanity. For some, this violation, as with all such violations of women, was a symbol of irrevocable moral degeneration and a standing indictment of the prevailing social order. For the more politically conscious forces, this violation served to rip apart the veil of deception carried out under the banner of“Yahapalanaya’. The understanding would have dawned that no amount of cosmetic gyrations and circus gymnastics at the top of the pyramid of power could arrest the generalized depths of degradation and abuse that has spread throughout the body politic and that only a deep, structural revolutionary transformation of the State and the economic, political and social order it preserves, would eradicate the cancerous roots of this organic crisis and rapid decomposition. The raging public anger and bitterness were directed at the Police and the Courts, the supposed guardians of the State and the Rule of Law.

Perhaps, people were alerted to the possibility of yet another ‘Tangalle’ charade!

The indictment and due and expeditious punishment of the perpetrators of this grotesque crime is certainly called for. Yet, sociologically speaking, where do the roots of this crime lie? Wherein lies the soil that breeds this endemic venality? The sheer brutality and barbarity of the war generated a generalized culture of brutality and barbarity throughout society. This savage culture was fervently fostered by the putrid, crony-narco-mafia Rajapaksa Regime, and countered by the LTTE with parallel quality and intensity. State terror, assassination, inhuman torture, rank corruption and rape were hallmarks of the chauvinist, supremacist, neo-fascist Rajapakse Regime. An official culture of impunity defiled all that is sacred and human, and justified all that is criminal, venal and profane. A case filed against a rapist was withdrawn by a lackey Attorney General under the direction of Mahinda Rajapaksa, even when there was growing evidence of guilt, being that the accused was a Minister and a close and loyal associate and criminal accomplice of the Rajapaksa troika. Similarly, a case against a Minister accused of murder was withdrawn. In Tangalle, every effort was made to protect the rapist-murderer, a Pradeshiya Sabha chairman and close underworld associate of the Rajapaksa family.

The military occupation of the North has had the inevitable effect of criminalizing and brutalizing the entire social order. The narcotics trade thrives and is a most lucrative sub-economy, functioning in mute complicity with corrupt officials of the armed forces and the Police. War lords, drug barons and youth gangs feed on helpless victims, without fear of reprisal. This militarization, criminalization and brutalization is being carried on, and even intensified, under the ‘Yahapalanaya’ Regime. Repeated calls for demilitarization and normalization are routinely ignored, and defied, by the Regime. A visit by H.E. Maithripala Sirisena to the grieving family of Vidya and the transfer of police officers will not slice the cake. This is good for photo opportunities and craven journalism. The rape and murder of sister Vidya alerts us to the reality that the prevailing neo-colonial order and its rotting State and murdering ruling class are to be structurally held accountable for this crime and for all the accumulated crimes committed against Nature and Humanity. When those mandated to protect the inviolable dignity, and the supreme rights and liberties of citizens themselves systemically defile and violate the people with deliberate violence and calculated impunity, then it is time for the people to take the law into their own hands to protect their lives and their future.