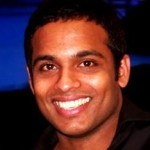 The Velanai DS office arranged a meeting at the North Ceylon Sarvodayam, Pungudutivu where the twelve GS of Pungudutivu, the Vellani DS, the Jaffna GA, the secretory for the governor of the northern provincial council, the head of Pradeshiya Shaba, a navy officer, a police officer and some people of Pungudutivu participated. The meeting took place on 16th June 2015. It was scheduled at 2 pm, but started around 2.45 pm. I too had a chance to take part at the meeting. It was said at the beginning that the meeting was arranged in order to get people’s voice on the important problems that they face in their everyday life in Pungudutivu and to find possible solutions.

The government officers, who were on the stage, talked very less, let much time for people to talk on their problems.

The Jaffna GA and the secretory of the northern Provincial council repeatedly highlighted that “the governor of the northern province is very much interested to solve the problems in Pungudutivu. It is a golden opportunity for us to work together and find solutions for our problems”.

After their introductory speech, they opened the stage for the audience in order to convey the problems in Pungudutivu.

A number of individuals appearing on the stage listed countless problems such as alcoholism, a bar near school and temple, lack of transport facilities, hospital, poor education, hundreds of abandoned houses, theft, forming a vigilant group in each ward, developing jetty, reconstructing ponds for irrigation, agriculture, fishing, unemployment, the abandoned cattle, lack of banking facilities, lack of drinking water and so on. The list continued. It seemed that the government officers carefully noted the issues in front of people.

Finally, the Jaffna GA listed a couple of issues for which they would contact relevant authority in order to find solutions soon. Soon after the meeting, all the officers including the twelve GS, the DS, the GA and other officers spent couple of minutes outside the hall and got into their vehicle to travel towards Jaffna. People went to their home in Pungudutivu. That is all. The meeting was over. I would like to take this opportunity to indicate my observation at the meeting and afterwards. For me, the meeting is more or less like a counselling workshop where the counsellors (in this case, they are the government officers) spend much time listening to the persons who are traumatised (in this case, they are the people who participated in the meeting). People one by one were listing the issues explaining their grievances. Those who organised the meeting were listening to them. If it is a meeting for solving some practical issues, I am quite sure that all the GS know these problems, as they have been “closely” working with people for a long time. They too meet once a week at the DS office in order to talk these issues. If it is the case, then the question arises why such a meeting was organised.

Even though the GA noted some problems taken into consideration at the end of the meeting, there was no any promise given to the people when and how they are expected to solve. If the government of Sri Lanka finds a solution at least for a problem out of the hundred of problems people listed, the meeting will be success according to my opinion. Otherwise, I will say it is a good counselling or healing practice took place on 16th June after the Vidhya’s rape and murder.

I also got a chance to talk to couple of individuals who appeared on the stage as listeners. They said “when we take these issues to the next levels, they will immediately ask us how many people live in Pungudutivu. If they ask that question, we need to keep quite because there are very less number of people living”.

I feel that those, who are in the development field, repeatedly fail to deliver their services saying unnecessary reasons. It can be millions of people or it can be hundreds of people. We should learn to treat them equally.

Are you asking all Pungudutivu people moving toward densely populated areas in order to have a better life by saying this? Or are you justifying this as a limit of service to the less populated areas in Sri Lanka? For me it is irresponsible answer that I got from one of the officers.