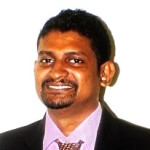 This election will be recorded in the history of Sri Lankan politics as an election that was largely fair and balanced in its overall conduct. Can former President Mahinda Rajapaksa make a comeback in the presentpolitical landscape?

Mahinda Rajapaksa enters this election without his previous unlimited state resources. He does not have state media or any other state resources in his disposition. In fact, state media has become very critical for the former President as it has become relatively partial towards the United National Party (UNP) campaign. This will be a major setback for the former President.

The UNP had been embroiled in an internal conflict from early 2006. Victory in the 2015 presidential election effectively united the party as Prime Minister Ranil Wickremesighe’s popularity has hit an all-time high within party ranks. Mahinda Rajapaksa is now facing a united front which is further strengthened by the arrival of the likes of nationalist Champika Ranawaka and popularist Hirunika Premachandra. Voter confusion among UPFA ranks may also go against the former President. Many at the grassroots ranks of the UPFA strongly believe that UNP will win this election and that the UPFA leader President Maithripala Sirisena is backing the UNP. Some also expressed their reluctance to vote due to these realities. A senior lawyer involved with UPFA’s campaign in Galle stated that, “We are not sure whether Mahinda will be able to have his government even if he wins – the Executive President is unlikely to cooperate with MR,”. The outcome of the next election will be critically dependent on how the former President’s team manages these emotions and perceptions.

Finally, the lack of effectiveness in the SLFP provincial and pradeshiya mechanism at present will not the help the UPFA campaign. Internal division as well as lack of control of the Samurdhi program which was heavily and productively used by SLFP during election campaigns spanning from 1997, will further handicap the election campaign. Pradeshiya political activists are visibly confused at present with the latest developments. Many UPFA activists in Southern Sri Lanka question the former President’s decision to contest from Kurunegala, an area to which former president has had no previous political connections.

Mahinda Rajapaksa had been able to ride through the popular euphoria of war victories from May 2009. This approach proved to be very effective as evident through his election victories till 2015. The 2015 election result proved otherwise as the floating voter focus is located at issues such as cost of living, corruption, family rule, justice and good governance.

The unswerving negative attitude of minority groups towards Mahinda Rajapaksa and Gotabaya Rajapaksawill worsen the calculation for former President. “We do not feel safe with him,” were the thoughts of a Muslim resident from Beruwala who spoke with the writer. He added that he voted for the former President in 2005 and 2010, but changed his political stance due to developments that followed after 2010.

Disunity among UPFA ranks will factor heavily in the upcoming election. SLFP heavy weights such as Duminda Dissanayake and Prasanna Solangaarachchi are openly criticizing the former President while seniors such as SB Dissanayake are strategically positioning themselves in a pro-President Sirisena position. In this context, MR’scampaign needs to create a strong wave of confidence to unify UPFA voters to ensure a constructive UPFA voter turnout in the upcoming general election. Despite all these realities, Mahinda Rajapaksa has entered the election race as the President who ended the 30-year civil war in Sri Lanka. This may continue to work in his favor within the rural masses in Sri Lanka. However, the outcome of this election is complicated as it will depend largely on the manner in which the former President manages the above listed factors. The former President is known to overcome unfavorable odds in the past. Unfortunately for him, this may become too much of a daunting task than he otherwise bargained