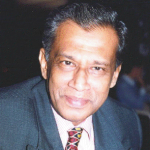 Are these senseless attacks and the killing of 128 innocent people in the French capital Paris on Friday 14 November 2015 yet another 9/11 type conspiracy to deceive the world to enhance the New World Order by further oppressing and brutalizing Muslims in the West and the world at large?

This is the question now being asked by over.

For example the 9/11 tragedy in New York destroyed the World Trade Centre and killed around 4000 people- except Jews who didn’t go to work on that day for reasons better known to them.

President George Bush, in the footsteps of his equally war monger father George Bush Sr, accused the Al Qaeda of bombing WTO, invaded Afghanistan within 27 days and turned that war battered and poverty stricken country into a slaughter house besides setting up US military bases to cover Central Asian Muslim countries.
However former US Secretary of State Hillary Clinton openly claimed later that Al Qaeda was created by United States. Added to this reports began to emerge of the involvement of Israel and American governments to exploit the tragedy to invade and destroy Muslim countries, massacre millions of innocent Muslims and destroy Muslim societies.

Well known American entertainment businessman, film producer , director and political activist Aaron Russo once disclosed that Rockefeller told him eleven months before the 9/11 tragedy, that there would be a major event .In its wake Afghanistan will be invaded followed by Iraq where oil fields will be grabbed.

Reinforcing this disclosure the Nation of Islam leader Louis Farrakhan, Sr. exposed in vivid details of the Mossad involvement in the 9/11 tragedy with the complete connivance of the George Bush administration.

However these disclosures did not find any space in the western media which, remains integral part of US led European -Israeli war mongers, made every effort to cover up US-Israeli involvement.

However since 9/11, under the guise of fighting a so called War on Terrorism, manufactured by US and Israel, Islam has been demonized and Muslims have been slaughtered all over.
Never in the more than 14 century history of Islam was such fierce and merciless global campaign unleashed against Muslims. Every Muslim woman with a scarf and every Muslim man with beard were associated with violence and attacked, arrested, jailed, tortured and even killed by the civilized west.

Last week a Muslim woman in London was pushed to a passing train. This has become an ongoing program of which Arab dictators have been willing and shameless collaborators.

This is the reason why people all over question last Friday’s tragedy in Paris whether it is a stage managed to further intensify this campaign and crush the sidelined Muslims in France and elsewhere in the West.

Accusing ISIL of being responsible French President Francois Hollande said in his television address to the nation “France will be merciless against the terrorists and will triumph over barbarism.” He described “It is an act of war that was waged by a terrorist army, a jihadist army, by Daesh, against France.

Commenting on this one report said “I have looked at the said ” claims of Isis”, and I can tell you that I have NO DOUBT whatsoever that they are FAKE CLAIMS in and out of themselves, made by ISLAMOPHOBES, If that was the same i$i$ everyone is bombing, they would have NO ability to do any of this, and NO possibility of being able to make such claims and not BOMBED immediately as soon as they make the claims. The internet is controlled TOTALLY by US and EU, and if they focus on you (which they are supposed to be doing on Isis), then they can see exactly where every letter and dot is posted from. They want you to believe that ISIS has done it

President Barack Obama, soaked in the innocent blood of Afghans, Yemenis, Syrians, Pakistanis and others, vowed to “redouble” U.S.-led efforts to combat Islamic State, saying the militant group had launched an “attack on the civilized world.”

However don’t rush to conclusion. Wait for few more days or weeks. You will come to know, the real culprit as it happened in almost every bombing and killing in Europe. They first blame Muslims but later proved to be the work of Israel.

Already citing Jerusalem Post the UK based International Business Times had this to state on 14 November 2015.

The report under the title Paris attacks misinformation: Israel is to blame columnist Taku Dzimwasha had this to state;

With rumors and false information floating about in the digi-verse, International Business Times, UK exposes six of the most persistent falsehoods. According to the Jerusalem Post the co-founder of the Free Gaza movement, Mary Hughes-Thompson, raised the possibility that Israel was behind the deadly attacks that hit Paris on Friday night, killing 128 people.

“I haven’t accused Israel of involvement. Still, Bibi [Prime Minister Benjamin Netanyahu] is upset about the European settlement boycott. So who knows,” Hughes-Thompson tweeted following the attacks on 13 November.

The “European settlement boycott” refers to new labeling guidelines for goods produced in the areas captured by Israel in the 1967 Six Day War which the EU approved earlier this week.