Q and A reprinted courtesy of Berghahn Press … at …http://ht.ly/VIYQM … This post is the transcript of an electronic interview between D. S. Farrer and Michael Roberts. Farrer is the special issue editor for Social Analysis Volume 58, Issue 1, and Roberts is the author of the article “Encompassing Empowerment in Ritual, War, and Assassination: Tantric Principles in Tamil Tiger Instrumentalities” appearing in that issue. Below, Roberts answers a series of questions related to her article in Social Analysis.

This is the seventh in a series of interviews with contributors to this volume. Find the previous contributions on our blog. 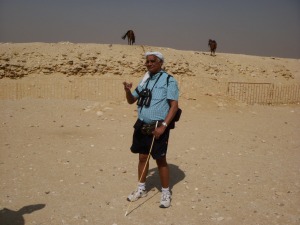 What drew you to the study of War Magic & Warrior Religion? I am first and foremost a Sri Lankan. As a historian in that island I began studying the emergence of Ceylonese (Sri Lankan) nationalism in the British era and this necessarily meant engaging the parallel stream of Sinhalese nationalism and, thereafter, the emergence of Tamil nationalism in my own generational time during the post-independence (1948) era. These interests led me to initiate a course on “Nationalism” in the History Department at Peradeniya University so that my comparative breadth expanded. These paths involved a theoretical orientation that was not restricted to materialist and instrumentalist explanations. The force of “culture” in inspiring nationalist and resistance projects was a central dimension of my research from the outset.

That was Stage I. My shift sideways in 1977 to teaching in the Department of Anthropology at Adelaide University deepened my interest in the exploration of the subjectivity of activists in rebellions and violence of all sorts. “Resistance,” “war” and “riot” involve bodily commitment. That was Stage II.

What are the foundations and inspirations of such commitment in different settings?  One research task I took up in the early 1990s was a comparative study of “communal violence” in Sri Lanka and India. The shift to look at the incidents in India was in order to deepen my understanding of the Sri Lankan instances of severe attacks directed by (some) Sinhalese against Muslims in 1915 and against Tamils in 1983. While gathering secondary data in Delhi in 1995 I discovered that a few Tamils had committed sympathetic suicide when Indira Gandhi was assassinated in 1984, whereas there were no reports of similar reactions in north India. Bloody odd I thought. This induced me to search for the cultural groundings of the suicide cult among the Tamil Tigers (LTTE). So …. there I was in Stage III.

Did any perceptions on the subject change from the time you started your research/compiled the contributions to the time you completed the volume? Because I was attentive to subjectivity in the anthropological spiritI have never referred to the Tiger fighters and māvīrar (their heroic dead) as “terrorists” (though I consider their leader and the state that his LTTE set up to be “fascist”). I believe, though, that my understandings and findings in this particular field became more nuanced to uncover a wider range of symbolic tropes and inspirations for the LTTE project as time passed. As a result I formulated the concept of “sacrificial devotion” to survey the commitment of warriors in different warring settings: thereby embracing the kamikaze and the mujahid (jihadists). Via long-distance exchanges with Emiko Ohnuki-Tierney, in 2007 I secured funds for a workshop that resulted in a website. “Sacrificial devotion” embraces the concept of “war magic.”  Because I collaborated with Arthur Saniotis (a martial-arts practitioner) in Adelaide, the fusion of body and mind in Japanese martial arts were among the ideas encapsulated in my research before I met Doug Farrer in Singapore.

What aspect of researching and writing the chapter did you find most challenging?  Most rewarding?Farrer’s invitation and my exchanges with him pushed me to explore Tamil and Indian culture at deeper levels. Reading works on Tantrism in India and on the Tamil religious world was tough going, but rewarding. The literature review led me to develop the concept of “encompassment” to understand the symbols and practices incorporated into the Tamil Tiger philosophy of suicidal commitment to cause in ways that captivated the Sri Lankan Tamils population and drew them in as supporters. The efficacy of these strategies were due to their grounding in age-old practices that vested magical or binding power in the cakra or circle, whether in the Tantric amulet, the circumambulatory procession known as pradakshina, the camphor flame wielded by a priest, or the marriage bond vested in the thali placed around the neck of a bride by the bridegroom at a marriage ceremony. Although reading and exposure to anthropological literature enabled me to reach such explanations, my upbringing in Sri Lanka was an essential ingredient in the process: through osmosis I was aware of the widespread degree to which many Sri Lankans, whether Hindu, Buddhist, Christian, Sinhalese, or Tamil, believed in the force of demonic and divine forces as well as astrological horoscopes.

Uyirāyutham: life gifted for cause. Tiger fighters relaxing in camp display their kuppi, the cyanide capsules they were committed to bite under threat of capture. – See more at:http://berghahnbooks.com/blog/nationalism-communal-violence-and-tamil-tiger-devotion#sthash.9QxjrvaP.dpuf — PIC by Shyam Tekwani when he was embedded among the LTTE forces

To what extent do you think the book will contribute to debates among current and future academics within the field? The emergence of ISIS and the recent jihadist attacks in Paris render the idea of “war magic” central to the preventive strategies of the West. As research has shown, the detailed instructions of Mohammed Atta in his ”The Last Night” enjoined prayer as well as the shaving of all body-hair as (magical) aids in the final preparations enjoined on his strike-team for 9/11. Even die-hard secularists must grant that such practices boost psychological confidence at critical moments. The Paris events should place war magic on all counter-terrorism desks.

Do you think there are aspects of this work that will be controversial to other scholars working in the field? I have the impression that cultural anthropology is not thriving in academia. Despite my vigorous criticism of the instrumentalist views that dominate US political studies (for example, my criticisms presented in “Blunders in Tigerland,” 2007), I felt that my work did not even dent those lines of analysis. American scholars in powerful institutions are cocooned by their very institutional power. Academia has many closed circuits and inequality is rife: there exists an inbuilt Orientalism. Nevertheless, the threat posed by the jihadist attacks on the West could open some doors in academic and political quarters.

If you weren’t an anthropologist, historian, what would you have done instead? Phew! … cricketer? sports commentator?

What’s a talent or hobby you have that your colleagues would be surprised to learn about? Hedonism.

What inspired your love of the subject of War Magic? When? As indicated above, my investigations of nationalism, communal violence and the Tamil Tiger devotion to cause led me to Doug Farrer and “war magic.” The latter concept is blood brother to my notion of “sacrificial devotion.”

What inspired you to research and write? “The intellectual challenge” is the short answer. History was my best subject in my undergrad years and then a university-teaching job deepened my interest in historical research and writing. The focus was Sri Lanka in British times and the approach was in the conventional British empiricist tradition. This led me into oral history on the British period through interviews with retired British and Sri Lankan administrators (perhaps being among the first to exploit this path of archival collection). The institutional architecture of Peradeniya University in Ceylon and a stimulating body of colleagues in the Arts Faculty deepened my commitment to scholarship in interdisciplinary ways. Debates in the Ceylon Studies Seminar at Peradeniya from 1968 to 1975 enabled me to forecast that the Sinhala-Tamil problem would become even worse than those in Lebanon, Cyprus and Northern Ireland.

What is one particular area of interest or question, that hasn’t necessarily been the focus of much attention, which you feel is especially pertinent to your field today and in the future? All scholars need to be exposed to what is termed “phenomenological anthropology.” Putting it simply, they need to face the ways of being that move unlike Others. Can anyone comprehend the world of those who launched the attacks in Paris by calling them “terrorists” or declaring that they are not “real Muslims?” I declare confidently: ISIS gunmen thought of themselves as mujahid; their thinking is founded in the intellectual currents that are known as “Salafi” and/or “Wahhabi.” One cannot counter ISIS without comprehending the power and subjectivities associated with that ideological current.

Michael Roberts is an Adjunct Associate Professor of Anthropology at the  University of Adelaide and the author of numerous works on the Tamil Tigers. Educated in the discipline of history at the University of Peradeniya and Rhodes Scholar for Ceylon in 1962, he taught at Peradeniya from 1966 to 1976 before moving sideways into anthropology at the University of Adelaide in 1977. His many publications encompass social mobility, social history, agrarian issues, peasant protest, popular culture, urban history, caste in South Asia, practices of cultural domination, and nationalism. His main focus has been Sri Lanka, and his present concern is a comparative study of martyrdom. He is one of the central figures behind the new site http://sacrificialdevotionnetwork.wordpress.com and also manages https://thuppahi.wordpress.com, http://www.flickr.com/photos/thuppahi, and http://cricketique.wordpress.com.