inally, the Joint Opposition, a euphemism for the cronies of the ex-President in Parliament, has turned to God. If the legend in Sinigama lives up to its fame, the  hundred thousand coconuts they smashed at the Devalaya there during the weekend to invoke ritualistic curse on the Financial Crime Investigation Division could raise hell.  Even if it stops short of unleashing some sorts of nuclear holocaust, the Joint Opposition’s latest mood swing to black magic is bad news. It would continue to blind them with bitterness, and lead the nation to a period of increasingly acrimonious politics. (That is in addition to the possible legal implications of an alleged pre-dawn theft of a trailer load of nuts from a State Plantation Down South).

All this rancour is because the FCID locked up Yoshitha Rajapaksa, the second son of the ex-President and four others over the charges of money laundering to the tune of 250 million rupees. The latest arrests could be a precursor to many things to come as many members of the first family are now under investigation.  Carlton Sports Network (CSN) at the centre of the current investigation is a classic case of Rajapaksa nepotism. The former regime even  amended telecasting regulations  to handover telecasting rights of cricket matches to  CSN. Until 2011, telecasting rights of cricket matches were the monopoly of Rupavahini, the State television network.  After the Carlton Sports Network (Pvt) Ltd., was set up in 2011, those regulations were amended to the effect that cricket matches can now be telecast either by the National Television or ‘a channel dedicated to sports’, CSN being the only such channel. After that the Rupavahini did not bid for the television rights,  letting the CSN buy that at a  knock down price.

“After the defeat of the Rajapaksa regime, the new government cancelled the telecasting rights of Cricket World Cup, that were given to the CSN, and handed them  to Rupavahini”

However, the CSN had limited signal coverage and, millions of Sri Lankan viewers in far flung villages could not  watch matches.  They could only seek divine intervention. Finally, in 2015,  after the defeat of the Rajapaksa regime, the new government cancelled the telecasting rights of Cricket World Cup, that were given to the CSN, and handed them  to Rupavahini.

Now the chickens have come home to roost. Understandably, the former regime, which institutionalized a culture of nepotism and corruption, now finds it could do little to defend itself. Some of the abuses and excesses of the ex-President smack of those of kleptocrats in Africa. If the current investigations produce results, he would be remembered as such. However, the problem is that the real picture is much more complex.

As much as his regime was nepotistic (MR  even amended the Buddhist Temporalities Ordinance to enable his nephew Shasheendra Rajapaksa, the then Basnayake Nilame of Kathagama Devalaya to keep his post as the Chief Minister of the Uva Province) and autocratic; and subjugated judiciary, suffocated media and terrorized dissent with white vans, MR  could also claim for some salient achievements, which none of his predecessors could dream of. After all, he gave political leadership to end a war waged by a ruthless terrorist group that took this country hostage for nearly three decades. If Sri Lanka were to have a future, those nihilistic terrorists had to be defeated,  no matter the cost. That required tremendous political will, and MR, no matter his other flaws, gave that leadership.  However with the defeat of the LTTE, he was convulsed by his own excesses that finally resulted in the undoing of his regime.

Now the ex-President is at the receiving end for his past abuses. However, it could have been unlikely for Sri Lanka as a nation to keep its sanity and enjoy the unfolding drama of Rajapaksas, had there been the LTTE. We would all be worried about the next terrorist attack.

The ten-year MR-rule has unique attributes that are absent in his predecessors’. No other President reached the extremes of corruption and nepotism that MR did, nor did they sustain a culture of repression when it was no longer mandated by the security situation, as the ex-President did even after the end of the war.  On the other hand, no other President could successfully fight terrorists, while also maintaining an annual 6% economic growth rate-and also put in place vital economic infrastructures for economic revival.

“The former regime, which institutionalized a culture of nepotism and corruption, now finds it could do little to defend itself. “

Therefore, rather than those African kleptocrats, the ex-president Rajapaksa resembles some of those pro-growth autocrats in South East Asia and perhaps, also in Chile, who led their nation through some difficult times in their histories. They were after all not bad; by the time they retired – or died in office, 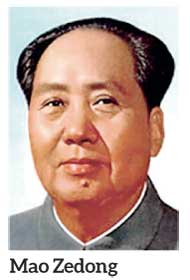 they left a much better country than what they inherited. In the exceptional circumstances of  nations’ histories, those leaders are needed  to put things in order.

The difference between ours and theirs (other than they ruled nearly three decades before Rajapaksa) is that after the end of the strongmen rule, those countries choose to forget the past and forge ahead.  On the contrary, the new government, which has given an election promise to investigate the abuses of the former regime, wants to haul the Rajapaksas before the Court. Other than the political imperative, there are other reasons to investigate the first family and their cronies. Obviously, should they be let off the hook that would weaken the integrity of nascent independent institutions, including the judiciary. It would also set a bad precedent and make current and future political leaders think that they could  get away after robbing public funds. That would be tantamount to institutionalizing impunity.

On the other hand, for those countries in South East Asia and Americas that chose to forget the past, there were reason for their decisions — other than guarantees of immunity given to the old guard at the time of the transfer of power. One obvious reason being that investigations of this nature complicate democratic transition.

Those factors apply to our situation as well. When forced to the wall, the Rajapaksas will hit back with whatever at their disposal. The first target will be the on-going efforts of national reconciliation. A new wave of bigotry and xenophobia would seriously damage the on-going constitution-making process to find a solution to the national question. MR, whose regime issued a circular banning the national anthem being sung in the Tamil language in the North, is notably muted in his response to the new government’s remarkable feat of singing the national anthem in both languages at the Independence Day celebrations. But, he would not remain silent if the government kept turning its guns on him and his family. He would have no option but to unleash bigoted zombies. However, it is also possible that he would lose his face and followers, if the government proves with evidence that he and the family have robbed the nation.

“It would also set a bad precedent and make current and future political leaders think that they could  get away after robbing public funds. That would be tantamount to institutionalizing impunity”

After all, Sri Lanka, at the moment, is a highly polarized polity. The government should be mindful not to exacerbate the situation.  There is another anecdote: After China emerged from mayhem and mass starvation of Mao’s era,  Deng Xiaoping gave a verdict on the rule of his predecessor.  He said Mao was 70 percent right and 30 percent wrong. Mao was in fact a megalomaniac tyrant, one among many that communism produced during its heyday. Perhaps, Deng’s verdict better suits. His regime  was 70 percent right and 30 percent wrong. However, in a democracy, even that murky 30 per cent of his record  is worth  investigating.