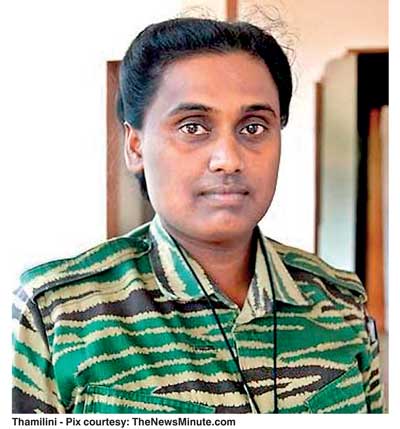 Q: According to Thamilini’s book, did she believe in an armed struggle to win the Tamil cause?

A: No; in this book she very clearly says that an armed struggle is more difficult than a peaceful struggle. She says that she aspired to continue in peace building, helping the poor Tamils to improve their living standards and educating the young children in the north and east, whose education had been neglected for several decades. She says that the 30-year-long armed struggle by the LTTE was a total failure and proved to be a total mistake.

Q: One major aspect that impacted the people’s support for the LTTE was its child conscription drive. What were her feelings about this?

A: She had continuously opposed the conscripting of children by the LTTE. When she raised her voice against this, she was relieved from her duties as the Political Wing Leader and was ordered to be sent for fighting on the frontlines with the normal fighting cadres. She has mentioned this in her book as well. She obeyed the command and went to the battlefield, where she saw how the young, ill-trained children were left to fight.

She explained in her book how all the training camps were full of children who were conscripted and how they lived in fear with no love and care. She says these camps were like hell for children and they were mostly crying in fear of deadly fighting.

Q: What were her reflections on the last few days of the final battle?

A: The fighting LTTE cadres were left isolated with no instructions from the high command on how to proceed. Communication was disconnected and thousands of cadres were helplessly fighting the advancing troops on the battlefields. With no option, the cadres started surrendering to the military and she too had surrendered.

Q: What were the major factors which contributed to the LTTE’s defeat, according to her analysis?

A: She has mentioned war fatigue due to fighting for nearly three decades, infiltration by the Sri Lankan military intelligence into the LTTE and overage LTTE top commanders as the contributing factors for the LTTE’s defeat. She has said that the top LTTE commanders were reaching 50 years and they couldn’t contribute fully as they had been fighting for over 30 years. Some of them were victims of various illnesses while some leaders died of heart attacks and diabetes.

She says that they could have reached a solution as they couldn’t progress on the battlefield while the LTTE was losing its commanders. The young commanders were also getting killed on the battlefronts. She reveals that there were many issues within the outfit and the LTTE high command couldn’t find answers for them in a proper and timely manner.

Q: What does she mention about the Tamil problem?

Q: What was her solution to the Tamil problem?

A: She says that the ideal solution to resolve our problems was to go on a peaceful way and make the ordinary Sinhalese people aware about the issues that Tamils are facing.

Q: Is that because she didn’t believe in Tamil politicians?

A: Yes. She says Tamils hadn’t achieved anything by depending on politicians so far. She didn’t accept the Tamil political leadership in the north and the east. She believed that they were not genuine in addressing our issues and also not interested in bringing any solution to the people. They are just playing for the stage and looking after their own self-interest. The ordinary people didn’t get anything even after ending the war.

The ex-cadres were not supported properly by the Tamil politicians. So she believed in people’s power rather than political power. Therefore, she says that Tamils need to go before the Sinhalese and talk about their issues to make them understand the ground realities in the north and the east.

Q: What are her views about the rehabilitation process? 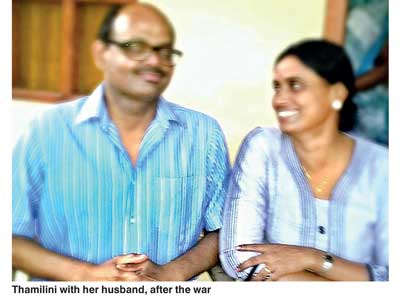 However, many critics are confused about the rehabilitation centres and the detention camps. They were two separate camps where people were treated differently. She was in the Poonthottam centre and she says the ex-cadres were treated well and looked after well there.

While writing this book she told me that those who were rehabilitated in the Poonthottam centre would never take up arms in their lives again as they were fully given an understanding about the value of life and were living meaningful and peaceful lives. She had followed a bridal dressing course at the centre.

However, she has commented on post-rehabilitation saying that the rehabilitated ex-cadres were abandoned in society with no livelihood assistance, educational opportunities and means for upgrading their living standards.

Q: What does she say about her experience with prisoners?

A: She talks about the things that happened after her surrender to the military, going to prison and mingling with Sinhalese prisoners. She says that they were a very nice, kind and goodhearted set of people. She says this going by how they had treated her in prison.

Q: What has she written about Prabhakaran?

A: She had met him when she was 19 years old. Since then he was like an elder brother and a father to her. She held him in high esteem. She wrote about how he could get the benefit of denouncing the armed struggle during peacetime. But he was in fear of losing the armed struggle. She says he had some special skills in identifying people within the outfit. But during the last phase of the war he couldn’t get the real information about the ground situation as it was not properly communicated to him.

Q: What were her plans for the future?

A: She dreamt of going back to the north to serve people and to help them have a good life.

Q: But she did not want to become a politician?

A: Yes; she refused to enter into politics. During the previous Government, she was invited to contest as a pro-Government candidate but she refused saying she was tired of all political parties and their behaviour. She wanted to go home and stay with her mother. She wanted to lead a peaceful life while helping people in a small way.

She said politics was too much of mudslinging and she did not have guts to take mudslinging in politics. She did not want to be a popular person but wanted to be a silent crusader to help the people in the north.

Q: Do you have plans to continue with her dreams of helping people?

A: Yes, but at the moment I am busy with getting her book translated into English and Sinhala. Apart from that, I am teaching English free-of-charge to young children in Kilinochchi. I am a British citizen and have visa for only six months, but if I am able to extend it I will stay here for some time and continue to teach English to these children. 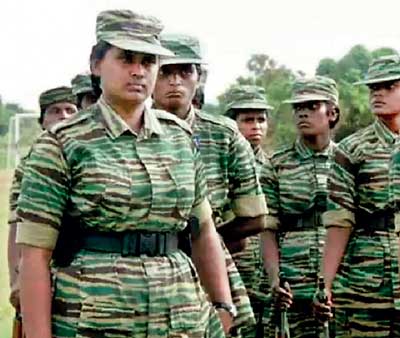 I want to fulfil her dreams of educating young children in Kilinochchi. We – she and I – think that proper education of young children will prevent another armed struggle. Young people need more opportunities and we have to make them ready to grab those opportunities. During my classes, I also advise my students to learn the Sinhala language as they have to travel around the country. Learning each other’s languages will make them understand each other easily.

I encourage them to travel to the south and make friends with them and talk to them. This is the only way to grow up as a community to understand each other. We can’t have isolated areas for each community but need to mingle with all ethnic groups to live in a peaceful Sri Lanka. People’s interaction will solve many problems and will also ease enmity and promote friendships.

Q: What do you have to say about the situation regarding the rehabilitated ex-cadres?

A: They still have a different mindset and it is not easy to bring them out of that mindset. They were born in troubled times and brought up in a war situation. Even in post-rehabilitation, they are still under surveillance. It is not easy to teach them as they are still in a difficult situation, especially they are not given livelihood assistance. They need lots of help to stand on their own feet. It is the responsibility of the political leadership to solve their problems. The politicians need to take the leadership to make the Government aware about their situation.

Q: Do you mean to say that the politicians have neglected them?

A: They are doing certain things but it is not enough in the post-rehabilitation of ex-LTTE cadres. They need psychological treatment, financial support, and respect from society and law enforcement authorities. It is duty of the political leadership to help them.