Former Secretary to the Ministry of State Resources and Enterprise Development, Willie Gamage and former bank chairman Ariyathilake Dahanayake were arrested by the Financial Crimes Investigation Division (FCID) today in connection with a land deal at Oruthota, Gampaha.

The suspects were produced to the Gampaha Magistrate’s Court today. The FCID is currently investigating several major land and property deals.

On May 12, Basil Rajapaksa was also arrested by the FCID over an irregularity in purchasing a land in Matara. He was later released on bail.

The FCID also questioned businessman Thirukumarana Nadesan last Sunday (22) for over five hours in connection with the purchase of a 16-acre land in Malwana in 2014 by former Minister Basil Rajapaksa. (Darshana Sanjeewa) 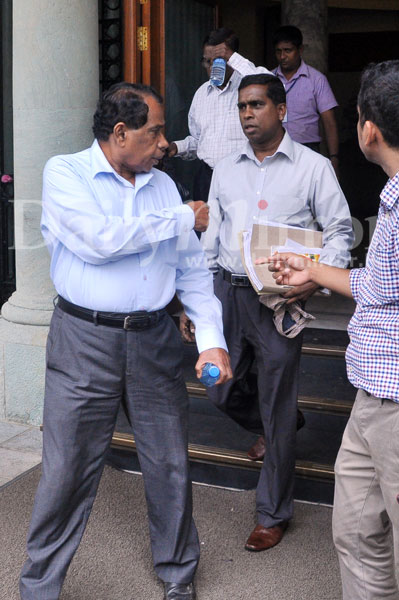 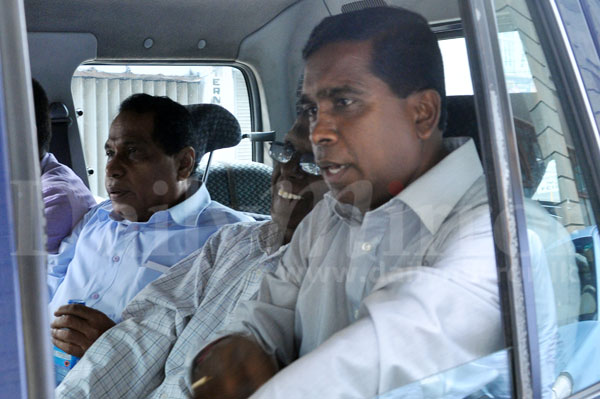 The water level in t…

The water level of t…