A Tamil widow who says ten relatives were massacred by Sri Lanka’s police in 1986 has lodged a complaint with Northern Ireland’s police ombudsman after links to the country’s security forces emerged, the Irish Times reports.

The police ombudsman was set up as part of the peace process in Northern Ireland and can investigate historic cases involving the old police force, the Royal Ulster Constabulary (RUC).

The report says that senior Sri Lankan police officers visited Belfast in 1983 to “see at first hand the roles of the police and army in counter-terrorist operations”, quoting secret British government files.

It says that the visit happened months after the Special Support Unit, an elite RUC police commando team, shot dead six Irish men in County Armagh in one of the most controversial episodes of the Troubles. 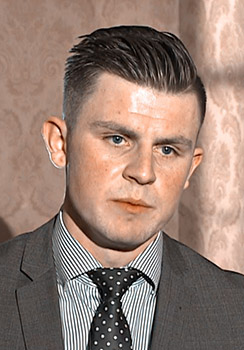 The complainant’s lawyer, Darragh Mackin, said that “the Special Task Force would not have acquired the paramilitary characteristics of the Special Support Unit without the engagement between the RUC and the Sri Lankan Police.”

“We support the complainant’s efforts to seek accountability for the brutal violence against their family,” he told the Irish Times.

He added that his organisation, which has documented Sri Lankan state violence against Tamil people for 35 years, was “painfully aware of the murders, rape, disappearances and torture of the Tamil people” at the hands the Special Task force.

The complaint refers to a series of letters from 1983 in which Sri Lankan diplomats asked the UK police for help with “commando operations training” for a police superintendent “who would be responsible for training and administration of a Para-Military Unit to be set up here.” A Sri Lankan police officer of that rank then visited the RUC in Belfast.

The visit took place in the wake of six killings in County Armagh by the RUC Special Support Unit. In November 1982, three unarmed IRA members Gervaise McKerr, Sean Burns and Eugene Toman were shot dead. The police fired 109 bullets into their car. No weapons were found, and the chief pathologist said Toman was shot in the back.

Three RUC officers went on trial for murder but were acquitted, with the judge, Lord Justice Gibson, personally commending their “courage and determination for bringing the three dead men to justice, in this case, to the final court of justice.” 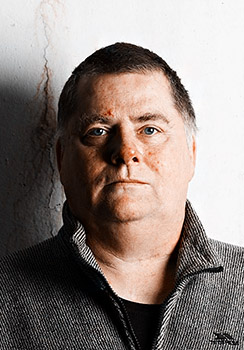 His friend, Martin McCauley, was seriously wounded but survived. He was convicted of possessing a number of old rusty rifles that were allegedly found in the barn, although there was no ammunition.

McCauley, who later became infamous as one of the Colombia Three, saw his conviction eventually overturned in 2014 on appeal.

It transpired that MI5 had a bug in the hayshed, and the RUC had not shouted any warnings before opening fire.

A month after the first shooting, the unit killed again. This time it was two unarmed INLA members, Seamus Grew and Roddy Carroll, who were shot dead in their car at Mullacreevie Park in Armagh.

One member of the RUC unit went on trial for the murder of Grew but was acquitted. It emerged at the trial that the RUC Special Branch had doctored evidence about the shooting.

The concerns raised at this trial led to an investigation by Deputy Chief Constable John Stalker from Greater Manchester Police. Although his report has never been published, in his autobiography he compared the RUC Special Support Unit to a “Central American assassination squad”.

Declassified files found at the UK National Archives show that civil servants privately harboured fears about these police units, before the shootings even took place.

One official commented that within the RUC “covert Units are being set up which, to the layman at least, will perform a role which is hardly indistinguishable from that of the SAS”.

Another civil servant wrote “Possible Danger: The greatest danger would seem to lie in ‘creeping paramilitarism’ … the RUC may go too far down the paramilitary road.”

After the six shootings in Armagh, many of the police’s commando-style roles were handed back to the army. However, the Sri Lankan unit which the RUC is alleged to have inspired went on to carry out far more killings.

A CIA report, written around the time that the complainant’s Tamil family were killed, was highly critical of Sri Lanka’s Special Task Force (STF).

“Although the STF shows greater discipline and professionalism than other security units, it is among the worst perpetrators of violence against Tamil civilians”, the CIA said.

US intelligence staff were concerned that “A common STF tactic when fired upon while on patrol is to enter the nearest village and burn it to the ground.”

The complainant’s lawyer, Darragh Mackin, has told the Police Ombudsman that the level of indiscriminate killing perpetrated by the STF against Tamils amounted to genocide.

A spokesperson from the Police Ombudsman of Northern Ireland said “We have received a complaint relating to the actions of police officers in the 1980s, and this is now being considered.”