Opposition lawmaker JVP MP Bimal Rathnayake accused the Government of slowing the process followed to file action in relation to completed investigations by the Commission to Investigate Allegations of Bribery or Corruption (CIABOC). “It is clear that the number of investigations 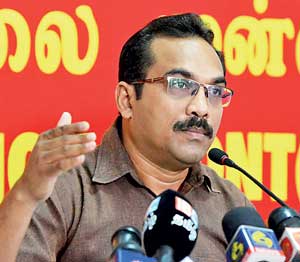 From 2014-2016, CIABOC received 9,708 complaints. During the first six months of this year the Commission received 1,322 complaints.  However, according to the Government, in 2014, out of 1,999 cases the investigations were completed on, only 64 cases were filed for legal action.

Assuring MP Rathnayake that steps would be taken to fast-track investigations, the Speaker stated that the Constitutional Council has approved the allocation of 50 additional employees to help with the investigations.