With Independent Sri Lanka having reached the age of 70, it cannot reconstruct itself without self-criticism. As we live under the shadow of the twin forces of Sinhala Buddhist and Tamil nationalism, where will the impetus for such self-criticism come from? I find a flicker of hope with the emergence of reflective writings by Tamil leftists. 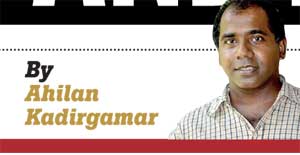 After democratic regime change three years ago, there are many reconciliation initiatives, but little fundamental rethinking about our past. Much of such reconciliation talk is limited to superficial donor or state funded initiatives and NGOised forums and events, which rarely challenge the world views of the people. Those initiatives seem to be more concerned about South Africa – often with flawed perceptions of the success there, without realising the deep inequalities that exclude and undermine the Black population – than our own past. For decades before January 2015, democratic space for serious social reflection was not present with the insurgencies, war and then an authoritarian regime, but what excuse do we have now? In this article, I draw from Tamil dissent, particularly in Jaffna, to begin thinking about our past and future.

There is a long progressive tradition of Lankan Tamil writings that reaches back to the Jaffna Youth Congress in the 1920s, to the writings of leftists and oppressed caste writers in subsequent decades and the effervescence of youth writings in the 1970s and 1980s. Many of the younger generation of progressive Tamil writers met a tragic fate with armed politics, and particularly as the LTTE purged dissent. The early and powerful critic of Tamil militancy, Kovinthan who wrote Puthiyathor Ulagam (New World) in 1984, disappeared years later. Young Tamil feminist poets in the late 1980s were silenced; Selvy disappeared and Sivaramani committed suicide. Sabalingam who sought to write a critical book on the rise of Tamil militancy was gunned down in Paris. While I focus here on dissent and its repression within the Tamil political fold, many other writers and journalists were targeted by state agencies and other armed groups.
During the war, in the face of the powerful march of Tamil nationalism and ruthless suppression of dissent by the LTTE, the courageous writings of the University Teachers of Human Rights (Jaffna), whose co-founder Rajani Thiranagama was assassinated, stand out. But their writings for the most part were in English. The Tamil media for decades cowed down to the demands of the LTTE and eventually internalised narrow Tamil nationalism. Dissident writings in Tamil, increasingly were limited to certain smaller diasporic organisations such as the Illakiya Chandippu (Tamil literary forum), which met regularly for decades in different European cities.
A number of works including critical memoirs by former militants from the different movements including the LTTE have been published in the last decade and a half, first in the West and after the war in Sri Lanka. However, broader progressive and critical discussions in Jaffna have been limited with the stranglehold of Tamil nationalist discourse in the public sphere. Even though the fear of the gun has subsided, the fear of ostracised isolation continues, with many Tamil writers toeing the nationalist line and avoiding public criticism of the LTTE.

“After democratic regime change three years ago, there are many reconciliation initiatives, but little fundamental rethinking about our past.”

For the small groups of leftists in Jaffna, and they are not necessarily united, reflections on the legacy of major local and global historical events have triggered some vibrant discussions. October 2016 marked the fiftieth anniversary of the launch of the anti-caste struggles in Jaffna by the Communist Party, making a major dent on untouchability. Last year marked the 100th year since the Bolshevik Revolution and 150 years since the publication of Karl Marx’s magnum opus Capital.

Reflections on such historical developments and an urge to address the past including an evaluation of the work of the left movement, have led to the publications of two important books over the last year. S. K. Senthivel’s Vaddukottaiyil Irunthu Mullaitivu Warai (From Vaddukottai to Mullaitivu) and N. Raveendran’s Saathi Samuha Varalaattril Varkka Porattangal (Class Struggles in a Caste Social 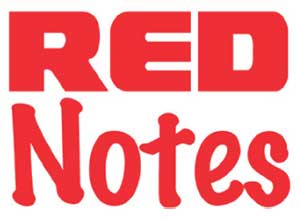 History), take as their starting point the launch of the October 1966 anti-caste struggles to discuss the challenges facing left politics today.
And after decades of the Tamil left being silenced by armed politics, these are welcome works that explore Tamil politics through a critique of Tamil nationalism and an examination of the crisis facing the left movement globally.
Senthivel addresses Tamil politics giving importance to conjuncture in the 1970s that culminated in the disastrous Vaddukottai resolution. The response of the Tamil nationalists to their electoral defeats in the election of 1970, the repression of the JVP uprising and the impact of India’s intervention in the formation of Bangladesh, he claims are some of historical developments that he contributes towards the consolidation of Tamil nationalism. Senthivel is not only a writer but also the General Secretary of the New Democratic Marxist Leninist Party, and in chronicling the political history that led to the tragedy of Mullivaikal, he is also writing it through the lens of his party and their work. Furthermore, his work is also in many ways an intervention to redirect Tamil politics away from the hold of narrow Tamil nationalism.

It is significant that his book was launched last year amidst a major struggle by the oppressed caste communities in Jaffna demanding the removal of upper caste cemeteries adjoining their villages.
Raveendran’s work addresses the challenges facing left politics globally over the last many decades, but begins from the vantage point of the anti-caste struggles in Jaffna in the 1960s. He defines history as a discussion of contemporary times with the past, and relates the current challenges facing the global left to a critique of identity politics, including in their ethno-nationalist form. One of the central arguments in his work is that the success of the anti-caste struggles was based on uniting various actors and forces including sections of the upper castes towards overthrowing caste social structure and transforming social relations. In this context, it is also an indictment of Tamil nationalism for having isolated the Tamil community through an increasingly narrow and exclusionary Tamil politics.

I raised some critical questions at the book discussions of both works in Jaffna, in particular whether it is possible to conceive a progressive nationalism in contemporary times; where I see all nationalism including a Lankan nationalism in our times to be regressive. Regardless of such questions, both authors have done a great service in breaking the silence on caste that has excluded and oppressed large sections of the Tamil community, and is consolidating in the post-war years. Furthermore, both works have put forward a challenge to the opportunistic politics of Tamil nationalists that refuse to critically examine legacy of the LTTE and what went wrong with Tamil politics.

Both works are being discussed in many parts of the country. I hope the books will reach a younger audience, and encourage others to write such critical political and social histories as a process of much needed self-criticism to reconstruct Tamil society. It is youth, particularly younger women, conceptualising and struggling against the intersection of caste and gender oppression that may reinvigorate Tamil politics, if we are to draw on political writings from other parts of South Asia.
These works through translations and discussions should reach the Sinhala and Muslim readers. Progressive forces in the South, if they are serious about co-existence and social justice, should engage such discussions propelled by the Tamil left rather than mollycoddle the Tamil nationalists, who in the end only reinforce the Sinhala Buddhist nationalism. Self-criticism and reflection are at the core of not only reconstructing our society but also the progressive movements that want to take up that challenge.