Denial of justice to two female children that were raped by Navy personnel attached to the Karainagar camp, has made it starkly clear that there is no difference between slaves and people of Sri Lanka, the Asian Human Rights Commission (AHRC) states. 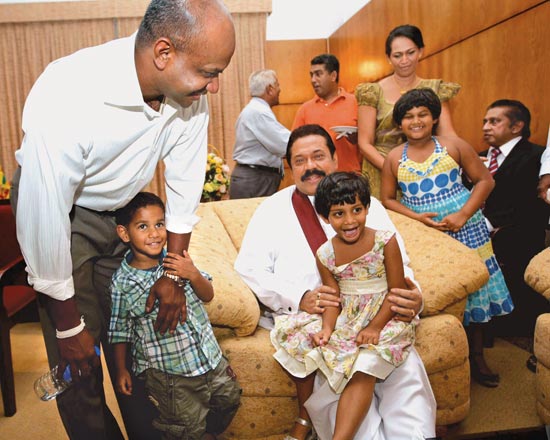 In a statement issued on the lackdiasical manner in which the investigation and the Court cases concerning the rapes of the 11 year and nine year old girls by Navy personnel were carried out, the AHRC notes that it is a reflection of the absence of a public judicial system in Sri Lanka.

It notes that the parents of the 11 year old girl who was abducted and raped by seven Navy personnel, had been threatened and are presently living in fear. The AHRC therefore points out that the identification parade held at the Magistrate Courts to identify the perpetrators of the crime, occurring against the backdrop of these intimidation has obviously contributed to the child’s failure to identify her abductors and rapists.

The statement also criticizes the bailing out of those accused with just a personal bail worth Rs. 250 to one and Rs. 5000 for three others.

“The rape of a young child is serious but this occurring in areas under military control adds to its weight,” the AHRC notes.

It also points out given the overwhelming presence of the armed forces, even the Police has not been able to guarantee security to these child victims and their families.

“The public judicial system in Sri Lanka is now deliberately displaced and dismantled – everything depends on political influence and monetary power,” the AHRC statement notes adding that as a result, Sri Lanka has turned into one of the most backward and primitive places.

It goes on to state that to be without the assistance of a public justice system is essentially akin to slavery.

“Rape of these children and the denial of justice makes it starkly clear that there is no difference between slaves and the people of Sri Lanka,” it remarks.

The AHRC further notes the Rajapaksa regime’s failure to maintain a functional public justice system indicates that it cannot be considered a legitimate government.

SRI LANKA: Justice denied to two child victims of rape at the hands of the armed forces

There have been reports of an alleged abduction and rape of an eleven-year-old girl by a group of Navy officers, and of another nine-year-old girl treated in a similar manner.  In the first case, the soldiers have been serving at Karainagar Navy base have been deployed to patrol Ureddikulam, Urkatturai, Karainagar city and Kytes. Seven were initially arrested and their names are Ajith Kumara, Rupasinghe Aarachilage Chamara Indika, Nadira Dilshan Ratnayake, Kudabalage Jayaweera, Indika Kumara Vithanarachchi, Ranasinghe Sumith Subash and Vikum Senage Piyasiri Dissanayake, all serving the Karainager Navy base. After the news of these rapes spread, the parents of the victims were threatened and they are reported to be living in fear. It is under these circumstances that an identification parade was held at the local magistrate’s courts, where all seven suspects were brought. The eleven-year-old girl, who earlier made a statement about the kidnapping and gang rape, failed to identify the sailors. There are serious grounds on which to believe that the girl was acting under stress and in fear as she and her parents have been threatened for exposing the rape. The medical report has confirmed that the girl was raped.

The rape of a young child by members of the armed forces is a serious crime. The fact that the area where this happened is now under the control of the armed forces is another aspect which adds to the weight of the crime. Naturally, people in these areas live in great fear of the armed forces. Now that a report of a serious crime has been lodged against seven officers, the families of victims and the entire neighborhoods would be living in serious fear. The girl’s failure to identify the perpetrators of the crime is quite likely to be due to such fear. She may even have been instructed by adults not to identify the perpetrators because her life and the life of her family would be in serious jeopardy if she does so.

There have been protests in the streets by people demanding action on the part of the armed forces and the government. However, the usual response to such protests by the government is to ignore them.

Thus, while a heinous crime against two children has been reported, there will in all likelihood be no serious attempt to guarantee proper investigations and the prosecution of the offenders.

The fact is that, now, Sri Lanka does not have a public justice system. Any of the developments towards a public justice system that happened during the British colonial times and that were continued in the first few decades after independence have now been deliberately displaced and dismantled. The essential features of a public justice system are a government-funded and well-managed system of receiving and investigating into complaints, done through the police, an independent and impartial prosecution system, and a competent, committed and independent judiciary. All that is now lost. There is public understanding of this loss.

Sri Lanka today is one of the most backward and primitive places when looked at from the point of view of the possibilities of justice meted out through a functioning public justice system. Unfortunately, even an issue as important as this has not become a part of the public discourse in Sri Lanka. While there are private murmurs about Sri Lanka as a lawless place, there is hardly any attempt to develop an organized resistance against the displacement and dismantling of justice.

To be without the assistance of a public justice system is essentially akin to slavery. The rapes of these two children at the hands of the country’s armed forces personnel and the aftermath, in which justice has been completely denied, makes the point starkly clear that between slaves and the people of Sri Lanka, there is not much of a distinction.