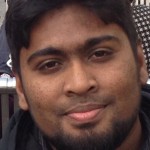 Five years on from the end of the civil war in Sri Lanka, the international community’s patience with the government in investigating gross violations of human rights and international humanitarian law is exhausted.

It comes almost five years after the end of Sri Lanka’s protracted and bloody civil war—a conflict that saw the death of tens of thousands of civilians and the ‘disappearance’ of thousands more. And it comes because no one has been held accountable for any of the gross human rights abuses and serious violations of international humanitarian law committed by both sides to the conflict.

The final phase of the war was a bloodbath. As the brutal, secessionist Tamil Tigers were pushed back into a rapidly shrinking pocket of territory in the north-east, they forced more than a quarter of a million civilians to move with them and essentially serve as forced laborers and human shields. Ignoring the human misery, Sri Lankan troops launched indiscriminate attacks. More than 20,000 and maybe up to 40,000, civilians were killed in the last months of fighting and even more were injured.

Hoping to silence the ensuing domestic and international outcry, the Sri Lankan government established a Lessons Learned Reconciliation Commission (LLRC). The commission was not designed to bring accountability and its mandate, membership and conduct were all faulted. But the LLRC did conclude that the state was obliged to investigate more fully the circumstances under which violations of human rights law and the laws of war could have occurred and where such investigations uncovered wrongful conduct to prosecute the wrongdoers. It warned that a transparent legal process and strict adherence to the rule of law were prerequisites of peace and stability.

Over two years on, however, and in spite of two UN resolutions calling on Sri Lanka to implement the LLRC’s recommendations, the government has failed to investigate the alleged violations. The international community has responded clearly: the Human Rights Council resolution requests the UN high commissioner for human rights to “undertake a comprehensive investigation into alleged serious violations and abuses of human rights and related crimes by both parties during the period covered by the Lessons Learnt Reconciliation Commission and to establish the facts and circumstances of such alleged violations with a view to avoiding impunity and ensuring accountability”.

The lack of political will to provide accountability has also been evident in the executive’s assault on the independence of the judiciary—once a point of pride for the island nation. The 18th amendment to the constitution, passed in 2010, gave unilateral authority to the president to make all appointments to the Supreme Court, the Court of Appeal and the Judicial Services Commission. Unsurprisingly, judicial appointments have become more politicized, and interference in the impartial functioning of the judiciary commonplace – as exemplified by the impeachment of the 43rd Chief Justice, Dr Shirani Bandaranayake, in January 2013, and her replacement by Mohan Peiris.

The impeachment was declared unconstitutional by the Supreme Court and widely condemned for disregarding international standards on judicial independence and fair trial by the Bar Association, judges and civil-society groups. They were joined in this criticism by 57 senior judges from 30 countries, who signed an open letter to the government organized by the International Commission of Jurists.

Peiris, who had never served as a judge, was the president’s former legal advisor and attorney general. During his 33-month tenure as AG, he did not prosecute a single case of crimes against journalists, human-rights defenders or lawyers. And he repeatedly obstructed efforts to investigate allegations of gross human rights violations – even going so far as to mislead the UN Committee on Torture on the fate of a missing journalist, Prageeth Eknaligoda, whom he implied was in a foreign country.

Without an independent and impartial judiciary, it is simply not possible to have a credible domestic investigation that delivers truth and justice for conflict-related crimes. The UN High Commissioner, Navi Pillay, reported to the Human Rights Council that the failure of national mechanisms to establish truth and justice “can no longer be explained as a function of time or technical capacity, but … is fundamentally a question of political will”.

A campaign meanwhile of targeted reprisals against human rights activists, lawyers and journalists underscores the need for an internationally led investigation. Between 2008 and 2013, 22 journalists and media activists were killed or subjected to ‘enforced disappearance’. No one has been arrested in connection with any of these crimes.

Even while the Human Rights Council was in session, on March 16th, Ruki Fernando of the Colombo-based INFORM and Father Praveen Mahesan, a Catholic priest, were arrested in Killinochchi and detained for 72 hours under the Prevention of Terrorism Act. They were ordered to hand over iPads and hard drives and subjected to a travel ban and a gagging order. Three days earlier, a human-rights activist and mother of a ‘disappeared’ boy, Balendran Jeyakumari, was detained with her 13-year old daughter in their Killinochchi home. Jeyakumari is now being held without charge in the Boosa prison camp without access to a lawyer.

A process that does not allow victims and witnesses to testify freely will simply not be able to establish truth and justice.

The Human Rights Council resolution sends a strong message to the government that the international community is not willing to give up on the issue of accountability. It also gives hope to victims and civil society that the pursuit of truth, justice and accountability is not illusory.

The comprehensive investigation, if undertaken in accordance with the resolution, should bring to light information about the extent and circumstances of the alleged serious abuses committed by all parties in the conflict. But the government must ensure that civilian and military authorities co-operate.

Lasting peace demands justice. Because the Sri Lankan justice system is unwilling to deliver it, the international community must do so. Impunity will only aggravate the wounds of war