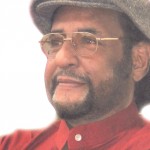 The stand taken on the recent genocidal catastrophe in Gaza by the External Affairs Ministry of the Rajapakse Regime is revealing in its barefaced hypocrisy. There is no reference to the cause of national liberation and self-determination of the Palestinian nation. There is no outright condemnation of the carpet bombing, including civilian and refugee populations, and the ground invasion by the occupying forces of the Zionist-Fascist State of Israel, which have caused immense human dislocation and suffering, and catastrophic destruction of social infrastructure, including schools, hospitals, power stations and water supply.

There is no condemnation of the role of US imperialism which has backed up the Zionist State to the tune of 130 billion, and which functions as the frontline outpost of imperialism in the Middle-East. There is no mention of the criminal complicity and collaboration of the feudal-comprador Saudi Arabian State and the Egyptian military junta in this history of genocidal occupation. This recent catastrophe follows over six decades of the most barbaric war of invasion, aggression and genocidal occupation of the Palestinian Homeland by Israel, backed by its imperialist masters. The Rajapakse Regime cannot well afford to antagonize US imperialism and the Zionist State. It is well on its way in capitulating to the US agenda over the UNHCR sponsored international war crimes investigation. The US is using the issue of accountability to pressure the Regime to break out of the close and growing strategic relationship with its ascending rival China and to become a link in its own strategic chain of command. If not, it will go in for regime change, ala Iraq, Afghanistan, Libya, Syria, Ukraine and elsewhere, with all the violence, anarchy and destruction that entails. The establishment of a domestic accountability mechanism with international advisors, for what it is worth, is an example of cowing in abject fear and submission to the US agenda. What happened to the bombastic claim of ‘zero civilian casualties’? Furthermore, it is reported that the Regime is having secret discussions with the US, which may involve a ‘comprehensive security agreement’, including provision of military facilities. The US already has the “ Acquisition and Cross Servicing Agreement” with the Regime, which is a euphemism for strategic-military cooperation. Israel too is well entrenched in Sri Lanka with an embassy in full operation and a proposed pharmaceutical factory to be set up in Hambantota. MOSSAD is active in counter-insurgency and intelligence activities within the Ministry of Defense.

What a pitiful and shameless trajectory. From being the one-time chairman of the Palestine Solidarity Committee and an ardent advocate of human rights, Mahinda Rajapakse has become an apologist for the genocidal crimes of US imperialism and its Zionist-Fascist outpost. The anti-Moslem Gestapo assaults by the Bodu Bala Sena goon squads could well be inspired-and funded- by the CIA, RAW and MOSSAD.

The banner of ‘anti-imperialist patriotism’ that is used to deceive, delude and divide the oppressed masses is beginning to shred and the naked truth of a spineless, death-dealing, comprador-capitalist/ neo-colonial Regime is revealing itself in the eyes of the world. The day will surely dawn when the oppressed people of Lanka, irrespective of divisions based on nationality, religion, language, caste or gender, shall rise together as one invincible anti-imperialist revolutionary force to overthrow the rotting neo-colonial state. They shall together establish their own independent, united and democratic People’s Republic of Lanka, as our contribution in burying the system of world imperialism and marching forward towards an era of universal freedom.