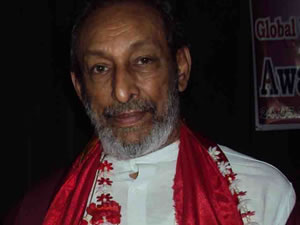 The Minister had made these remarks in his speech at the National Convention on Inter Religious Integration organised by the National Peace Council.

“The only way to ensure unity and national reconciliation is to strengthen democracy. Only through democracy can we get equality for all citizens and build ethnic coexistence,” he had stated.

Among those who participated in the convention had been religious leaders, representatives of community based organisations and diplomats.

US Ambassador Michele J. Sison speaking at the event had pointed out that all members of the gathering at the convention including religious leaders, government leaders, community based organisations and the media have extremely important roles to play in strengthening values of coexistence.

“All your good work is badly needed to continue building strong and fruitful relations among various communities,” she had added.

Meanwhile, Norwegian Ambassador Grete Lochen had emphasized on the fact that Norway had no interest in creating communal tensions in Sri Lanka.

“The Norwegian government shares the values of dignity, respect, diversity and dialogue. My government is deeply concerned about an increasingly polarised world where the narrative is more about exclusion than inclusion,” she had stated.