“After three decades of pain and anguish, today, Sri Lankans of all ethnicities, living in all parts of Sri Lanka, are free from LTTE terror and no longer live in a state of fear.” – HE the President, Mahinda Rajapaksa at the General Debate of the 66th Session of the UN General Assembly, 23rdSeptember, 2011

“I think the major victories were achieved after 18 May 2009. We had to take care of the civilians, demine the land and resettle people in villages. We also had to rehabilitate and socialize the 12,800 surrendered LTTE cadres. Further 5,000 captured are languishing in jail. Demilitarization of the paramilitary forces such as EPDP, PLOTE, TELO, was another need. We could not let them keep arms after we finished the LTTE. Secretary MoD, Gotabaya Rajapaksa – In an interview published in the official Army website on 19 November, 2013

President Rajapaksa told the world in 2011, there is no LTTE terror in Sri Lanka. That people of all ethnicities and in all parts of Sri Lanka, no longer live in a state of fear. Two years later, President Rajapaksa decided he could hold elections to the Northern Province and the election was held on 21 September 2013. That was 04 years and 04 months after he officially declared the military intervention against the LTTE was over and the LTTE had been completely eliminated, “in a humanitarian operation” as he called it. Except KP, everyone in the LTTE high command including Prabhakaran was killed in the war. Two months after the Northern PC elections were held and the TNA elected in grand style, the Secretary MoD very clearly said, “….we finished the LTTE”. 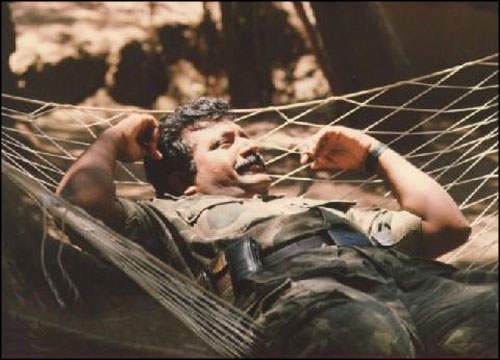 Thus it’s not just two brothers telling the world they finished the LTTE in May 2009, but it’s the President and Head of State, Chief Commander of all three Security Forces and Minister of Defence and the Secretary to the Ministry of Defence, who say this. Two authorities whose statements on the elimination of the LTTE cannot be questioned and to date, has not been questioned or suspected.

What then is all the hype by this Rajapaksa regime on European Union (EU) lifting the ban it finally slapped on the LTTE on 29 May, 2006 ? Over 08 months before in September, 2005 the EU first restricted LTTE travel in European member States, considering it a “terrorist organization”. Of the 25 EU member States, most States like Germany have been monitoring LTTE activities even before the travel ban. Their internal intelligence agency, the Federal Office for the Protection of Constitution (BfV) in its Annual Report for 2005, accepted the LTTE strength is around 800 members and they raise funds through organizations like the Tamil Rehabilitation Organisation (TRO) and Tamil Co-ordination Committee (TCC). The North Rhine-Westphalian state where the LTTE strength was said to be most accumulated, the provincial security agency had then noted that without continuous financial support from abroad, the LTTE would not have kept its military apparatus intact in Sri Lanka.

The logic for the ban that was slapped on the LTTE thus worked on information that supports the assumption, EU member country territories were used by the LTTE to finance and support terrorist activities in Sri Lanka. In this modern world, no country allows any “terrorist” organisation to use its soil to advance “violence and terror” in another country. The final decision in banning LTTE in May 2006 was therefore based on a EU parliament resolution on 17 May which condemned LTTE attacks on a Sri Lanka Monitoring Mission (SLMM) vessel a week earlier. It was thus clear, the decision to ban the LTTE was not for their political demand to separate from the Sri Lankan State, but for their “terrorist activities”. It was “terrorism” that finally made the ban.

Now the issue is, if the Sri Lankan government at its highest authority says there is no LTTE after May 2009, the LTTE had been eliminated including its leadership, what is there to ban ? Why fight to keep a ban on an organisation that is not in existence anymore ?

Why, because it serves to keep a Sinhala hype here in the South, on which this regime lives. As all speculations indicate, this regime is into another hurried presidential election in 2015 January. It needs a face wash to its image as a patriotic leadership that would not compromise with the “unitary” status of the Sri Lankan State, which is Sinhala and Buddhist too. The LTTE is therefore needed by this regime to keep the Sinhala psyche ticking against “Tamil separatism”.  That was why the State owned and controlled radio got Presidential Spokesman at President’s office, Mohan Samaranayake to say “This (lifting of LTTE ban by EU) will be a fine opportunity for the LTTE and other pro-LTTE elements to regroup and revitalize their movements.” (SLBC / 18 October, 2014).

The fact is, it was not the lifting of any ban on the LTTE, that prompted State intelligence and defence authorities to claim in March 2014, there is a very subtle regrouping in the Vanni by a remnant LTTE group led by Gopi, Appan and Thevian. Having arranged space in the media for their “writers” to provide long, descriptive details of a new network that has even established safe houses in Colombo, the defence establishment realised, this would contradict their competence that previously “certified” Sri Lanka as completely free from LTTE presence. They then claimed that this tiny LTTE group too was engaged and eliminated in the jungles of Nedunkerny, off Vavuniya on 10 April 2014. Thus there is not even a semblance of LTTE presence anymore after the Sinhala Hindu New Year.

The Rajapaksa regime nevertheless needs to continue with the LTTE bogey for domestic requirements of keeping the Sinhala Buddhist majority in a fear psychosis. A fear they feel would make the Southern voter stay with them, as the only President and a regime that had the “political will” and developed the military capability to defeat “LTTE separatism”. To this end, “Elements in the Diaspora” become important. The Rajapaksa regime has been talking of “different Tamil extremist groups in the Diaspora” ever since the war was said to be over. In end March this year, the Rajapaksa government banned 15 Tamil organisations outside Sri Lanka, categorising them as “foreign terrorist” organisations.  Lifting of the EU ban on LTTE, they argue would allow space for these banned “foreign terrorists” to campaign for an “Eelam State” and would thus negate the importance of eliminating the LTTE.

Naming and banning Tamil Diaspora organisations which openly function as civil society entities in Western countries as LTTE “fronts”, nevertheless cannot be anymore accused of funding “terrorist activities” in Sri Lanka, when the government denies the existence of the LTTE in the country. Therefore the only accusation that can be brought against them is that, these “extremist Tamil Diaspora” groups still stand for the “separate Eelam State” the LTTE fought for. It is this line of argument the President put forward in Jaffna, when he told the TNA to “give up your Eelam stand and I will abolish the Executive Presidency”.

Yet in this modern democratic world, political campaigning by any community or social entity to demand separation for them from a unitary or a federated State, is “no terrorist” activity. The “Right for Self determination” is now an accepted democratic right. This right was campaigned for by the French speaking Canadian citizens of Quebec from early 1960. It first came to the fore in Canadian national politics in 1980 with the Quebec nationalist party, Parti Québécois demanding a referendum to establish a “sovereign” Quebec State. After the referendum was defeated decisively, Canadian national politics continued the debate with compromises worked out to allow Quebec more Constitutional freedom. But no Canadian government or political party labelled the campaigning Quebec leaders as “terrorists”. After much debate and failed compromises, in 1995 Quebec went into another referendum in an effort to establish itself as a separate sovereign State. This time, the “No” vote had a very narrow margin, to keep Quebec within Canada.

The latest separation to form its own sovereign State was sought by Scottish nationalists. Over a month ago on 18 September this year (2014) Scottish people, though Citizens of the United Kingdom (UK), held a referendum, termed the “Independence Referendum” to declare Scotland a sovereign State. Of course the referendum decided to stay within UK, with a poll of 55.3%. But the right to organise and campaign for a separate sovereign Scotland was never denied and was not labelled as a “terrorist” activity.

The TNA accommodating itself within mainstream politics in Sri Lanka, will compromise for a “federal” power structure within a united Sri Lanka and would guarantee they don’t stand for a “separate State”. That may not compel the Tamil Diaspora groups to refrain from canvassing for a “referendum” to have a separate Tamil State. Such campaigns will not be labelled or termed “terrorist activity” by the international community including the EU. Lifting of the ban on a non existent LTTE by the EU thus becomes popular domestic politics for the Rajapaksa regime and its Sinhala extremist “fronts” in finding a platform to keep the Sinhala slogan afloat. For the UNP that is crazy thinking it could use it against the Rajapaksa regime, it serves no real purpose in a Sinhala South that showed the Rajapaksa regime is anyway on a popularity decline of over 20% in Uva province. The LTTE has thus become a dud coin with the South changing priorities, 05 years after the war and 05 years of corruption and misrule by the Rajapaksa regime.