You can’t defend yourself when you’re militarily occupying someone else’s land. 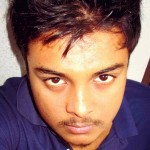 The recent siege of Israel on Gaza citizens has made Israel a reinvigorated hero among two Islamophobes in the South Asian region, the ruling BJPs of India and Sri Lankan hardliners and their Facebook warriors. These two forces in the region promote and venerate Israel among the general public. These two supporters of Israel decry its excesses. They wring their hands over the tragic necessity of air-strikes on Gaza. The agony is that those abettors assure us that they respect human rights and want peace. But they react in inchoate fury when the reality of Israel is held up before them. So let’s ask ourselves: Who are Hebrews, Who are Israelis and What is Zionism? In fact Israelis are largely Ashkenazi Khazarians of south east Europe. They do not have any genetic roots traced back to the early Hebrew Jews and the twelve tribes of Jacob or his sons or the land of Palestine. It is common knowledge that Semites are brown skinned people with dark hair and black/brown eyes. According to ‘The Physical Characters of the Middle Eastern Races”, The Journal of the Royal Anthropological Institute of Great Britain and Ireland, Vol. 54, published in 1917, Semitic people are predominantly broad-headed, derived from the Armenoid type found largely in the great Brachycephalic area of Western Asia, viz. Asia Minor and Mesopotamia. Today we see most Israelis have blonde hair, blue eyes and relatively fair skin, which implodes the myth of SEMITISM of Israelis.

The Khazar-Ashkenazis, who make up the 90% of Israel, were converted to the laws and statutes of Judaism, around 730-740 AD thus becoming Jews, but this group was not a descendant of any Semitic tribe. Their flourishing empire which extended from the Black Sea to the Caspian Sea, and from the Caucasus to the Volga, was located between two major superpowers; the Eastern Roman Empire in Byzantium (Christianity), and the Muslim Caliphate of Baghdad (Islam).

The Khazar empire, representing a third force, could only maintain its political and ideological independence if it neither accepted Christianity nor Islam, since they did not want to become subordinate to either the authority of the Roman Emperor, or the Caliph of Baghdad. For that reason, the Khazar king, Obadiah, along with the Khazar royalty and notable segments of the aristocracy embraced the Jewish faith and ordered his subjects to do the same, which is how Judaism became the official state religion of the Khazars.

They were circumcised and started to use Jewish names. They also studied the Torah and Talmud, spoke and wrote in Hebrew, observed Hanukkah, Pesach and the Sabbath, and had synagogues and rabbis. So as a political ploy they all converted to Judaism during the Middle Ages, and use a corrupted form of Judaism to hide behind just like their Wahhabi Saudi Arabian counterparts, while continuing their treachery right into modern times.

However in 900 AD the Byzantium kingdom began to encourage the Alans to attack Khazaria and weaken its hold on Crimea and the Caucasus. Sixty five years later the Kievan Rus ruler Sviatoslav I of Kiev conquered the Khazarian capital Atil and destroyed the Khazar state. The Khazarian Jews then had to flee to Europe. A considerable number of Khazarians made settlement in Germany. They are still known as Yahudey Ashkenaz or shortly Ashkenazis, which means “The Jews of Germany”. They remained stateless for nearly 1200 years till World War II and were expelled from 109 locations around the world until they conveniently settled down in Palestine. Their plan however is not to settle in Palestine, but to colonise the land, expelling the natives of this country.

So in the late 1800′s Theodore Herzl, the father of modern Zionism decided to colonise Palestine. His goal was to create a Zionist homeland not a sanctuary for oppressed Jewish people or those who were crushed down by the Nazis, and he considered locations in Africa and the Americas, before settling on Palestine. More and more Ashkenazi Jews immigrated to Palestine. This alarmed the indigenous population. Eventually, fighting broke out, with escalating waves of violence. Hitler’s rise to power, combined with Zionist activities to sabotage efforts to place Jewish refugees in western countries, backed by Zionist powers, led to increased Jewish immigration to Palestine.

Finally, in 1947 the United Nations decided to intervene. However, rather than adhering to the principle of “self-determination of peoples,” in which the people themselves create their own state and system, under considerable Zionist pressure, the UN recommended giving away 55% of Palestine to a Jewish state – despite the fact that this group represented only about 30% of the total population, and owned under 7% of the land. The government and the UN chose to revert to the medieval strategy whereby an outside power divides up other people’s land.

While it is widely reported that the resulting war eventually included five Arab armies, less well known is the fact that throughout this war Zionist forces outnumbered all Arab and Palestinian combatants combined – often by a factor of two to three. Moreover, Arab armies did not invade Israel – virtually all battles were fought on land that was to have been the Palestinian state.

Finally, it is significant to note that Arab armies entered the conflict only after Zionist forces had committed 16 massacres, including the grisly massacre of over 245 men, women, and children at Deir Yassin. Future Israeli Prime Minister Menachem Begin, head of one of the Jewish terrorist groups, described this as “splendid,” and stated: “As in Deir Yassin, so everywhere, we will attack and smite the enemy. God, God, Thou has chosen us for conquest.”

By the end of the war, Israel had conquered 78% of Palestine; three-quarters of a million Palestinians had been made refugees; over 500 towns and villages had been obliterated; and a new map was drawn up, in which every city, river and hillock received a new, Hebrew name, as all vestiges of the Palestinian culture were to be erased. For self determination, Palestinian people fought against their invaders which resulted in forming Hamas in 1983.

Myth #2 – Hamas is a Terrorist Organisation

Hamas is the elected government of the Gaza strip, founded by Sheikh Ahmed Yasin, a Palestinian teacher and a spiritual leader. In 2006 Hamas overwhelmingly won the occupied Palestinian election which Jimmy Carter and Amnesty International observed and declared completely free and fair. According to the Council on Foreign Relations, around 90% of Hamas’ activities revolve around social welfare. It is also important to mention Hamas was formed only after Zionists had committed 53 massacres including the Sabra and Shatila massacres, for which former Israeli prime minister Ariel Sharon was held accountable.

Palestinians have the right under international law to resist occupation, ethnic cleansing, colonisation, aggression, and annexation. Miko Peled, son of an Israeli general, recently stated that if Israel doesn’t like rockets, they should decolonise Palestine. Dr. Norman Finkelstein, a Jew himself, notes that, “The Palestinians have the right to use arms to resist an occupation. However, the fact that morally and legally they have that right doesn’t mean that it is the most prudent strategy. In my opinion, a national Palestinian leadership committed to mobilising nonviolent resistance can defeat the Israeli occupation if those of us living abroad lend support to it.”

Israel didn’t support Sri Lanka, in fact they sold weapons to the Sri Lankan government, a list including SLAF Kfir jets, Star SAFIRE II surveillance cameras, Dvora and Shaldag attack craft, which were either purchased from Israel or built under license in Sri Lanka. Israel as we all know, dominates the global weapon industry, funneling $14Billions annually to modernise its military. In percentages Israel spends around 6.6% of its gross domestic product for its military expenses, beating the mighty United States and European Union nations. To Israel more wars mean more profit. Dropping the bombshell, Latheef Farook, a veteran Sri Lankan journalist and author stated in one of his articles that:

“Israel has trained both LTTE cadres and Sri Lankan Army personnel at the same time and same place, which the government of Rajapaksa has failed to understand. Mossad has caused Sri Lanka’s fighting to become some of the bloodiest in human history. Entire villages are routinely wiped out. Massacres happen almost daily. Over 70,000 people have been killed.”

So much so that, in 1991 Victor Ostrovsky, author of ‘By Way of Deception: The Making of a MossadOfficer’, told Indian Abroad news service that Mossad brought many LTTE cadres to Israel for training in 1984 and 1985. “These groups kept coming and going. When I was in Mossad, it was part of our routine job to take them to training camps and make sure they got training worth what they paid for, no more and no less. The Sinhalese paid in cash.” He added, “Israel charged each of the 60 Sinhalese $300 per day, for a total of $18,000 per day. For a three-month course, Israel charged them $1.6 million. In addition, Israel charged them $5,000 to $6,000 an hour for helicopter rental, with as many as 15 helicopters being used in a typical training exercise. The Israelis also charged for special training ammunition. A bazooka shell, for example, cost about $220 a unit, while heavy mortars were about $1000 each.”

Meanwhile back in Sri Lanka, the Israelis did everything possible to escalate the massacres on all sides into a full-scale war. In 1985, Rafi Eytan, head of the Israeli intelligence agency LEKEM, was caught running spy Jonathan Pollard against the USA. Afterward, Rafi Eytan was sent to Sri Lanka to take over Mossad operations there. His cover was that he was an employee of Israeli Chemical Industries, which has operations in Sri Lanka.

So this is the reality of the ‘Zionist State’. Reality implodes their Hasbara lies. Reality exposes their treachery and reality mocks their fiction of a peace process.

“The incursion and bombardment of Gaza is not about destroying Hamas. It is not about stopping rocket fire into Israel, it is not about achieving peace. The Israeli decision to rain death and destruction on Gaza, to use lethal weapons of the modern battlefield on a largely defenseless civilian population, is the final phase in a decades-long campaign to ethnically-cleanse Palestinians.

Israel uses sophisticated attack jets and naval vessels to bomb densely-crowded refugee camps, schools, apartment blocks, mosques, and slums to attack a population that has no air force, no air defense, no navy, no heavy weapons, no artillery units, no mechanized armor, no commander in control, no army… and calls it a war. It is not a war, it is murder.

When Israelis in the occupied territories now claim that they have to defend themselves, they are defending themselves in the sense that any military occupier has to defend itself against the population they are crushing. You can’t defend yourself when you’re militarily occupying someone else’s land. That’s not defense. Call it what you like, it’s not defense.”  – Noam Chomsky