President Mahinda Rajapaksa will hand over a part of recovered gold jewellery belonging to over 2,100 Northerners at Temple Trees today. These valuables had been recovered by the army from the ‘Eelam banks’ set up by the LTTE in the North in 2009. Answering our query, the Brigadier said that there were still some gold items left behind sans owners and those would be handed over to the Central Bank in keeping with the law. More than 100,000 family members had deposited in ‘Eelam Bank’ before May 2009. Only 2,000 are receiving their gold and the big questions are

The Yal Devi service would run at full capacity today (4) as over 2,000 people from the North are to be brought to Temple Trees to be given back their gold which was in LTTE banks.
Military Spokesperson, Ruwan Wanigasooriya, addressing a media briefing yesterday (3) said the four trains would depart from the Kilinochchi and Vavuniya Stations in order to transport the people from Mullaitivu, Kilinochchi, Vavuniya and Jaffna. The trains are expected to reach Fort at about 12.30 p.m.

When Brigadier Wanigasooriya was asked why the President had chosen this particular time, with the election round the corner, to hand over the gold, he denied that the programme was politically motivated. “The delay in handing over the gold to the people can be blamed on the time taken to identify the rightful owners of the gold. The President was not available at an earlier time so the fourth was decided on,” the Brigadier said. He added this was a good opportunity for the people of the North to have a tour of Colombo.

Army Spokesperson, Jayanath Jayaweera, said the Army would provide the travellers with tea and refreshments, “the Army will even keep the trains clean and provide medical assistance while on the journey,” Brigadier Jayaweera said. The last time the LTTE gold was handed over to the people was on 12 October when President Mahinda Rajapaksa made a visit to Kilinochchi. At that time, the Opposition alleged that the President was conducting a gold dansala in order to win the Northern vote at the upcoming Presidential Elections.

They would be brought to Temple Trees in four trains including Yal Devi. 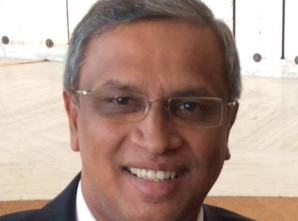 Tamils Were Not Fooled By Any Of The Roads, The Bridges, The Mega Projects Govt Gave

By M. A. Sumanthiran – You stop people of this country going to meet their very near relatives by placing travel restrictions. Is that not treating the North differently? This is also an attempt to pull wool over the eyes…