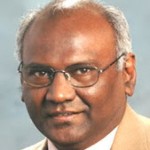 Invitation for Exiles to return

Now we have the dawn of a new era for exiles – in my case after almost 4 years abroad. The Prime Minister Ranil Wickremesinghe in the Wall Street Journal and Ministers such as Mangala Samaraweera, Rajitha Senaratne and Gayantha Karunatilake have invited those of us writers in exile to return. White vans have been stopped. Thank you.

But a lot more is required besides open invitations. In my own case I wrote of election malpractices of the previous regime in Kayts on election day – not allowing opponents to campaign, Rajapaksa posters at the polling booth, police and other vehicles running around Kayts without number plates, polling card being purchased from voters by the EPDP, etc. (Given the times those times the article seems to have been removed from its original website and may be found elsewhere ). This article recognized where the Rajapakses were taking the country well before the South had woken up to it.

If I had lied, the remedy was to file for defamation. Instead the police compliantly took down a complaint that the electorate was enraged by my questioning their ballot and that I was inciting a riot. It became a criminal charge – a so called B-report which required my immediate arrest. I fled. There is an open warrant against me. Notice has been served on the authorities at Katunayake Airport to arrest me should I arrive, albeit with a wrong name and identity card showing how badly proficient workers are needed in Sri Lanka to fix things. (Even the warrant did not get my name right. There I was Shanmugavel Cool, instead of Samuel Hoole. I wonder if the EPDP was being quietly sabotaged by the people forced to work for it).

It is clear that an invitation to return is insufficient. But we can have both, good governance and the rule of law. The Attorney General has to be ordered to review cases like this and lift untenable arrest orders which were clearly politically motivated. Until that is done, invitations to return would be like Mary Howitt’s poem of 1829: “ ‘Will you walk into my parlour?’ said the Spider to the Fly.”

Colombo Telegraph (“Requests Made For Exiled Journos To Return But No Action Taken” Jan. 24, 2015) also makes the case that words of invitation are insufficient. But in the comments from readers that follow the article there is a lot of unfortunate causticity against exiles who have suffered much – that we are used to the good life, we cried foul to claim political asylum, we will not return, etc.

Yes, not all of us will return; my guess is not even the majority of us. Once bitten, twice shy indeed. We have settled into stable lives. Those who have bought houses cannot just walk away from mortgages and would be naturally reluctant to do short sales on their houses when in a hurry to pull out as I was in 1995. The children would have settled with great difficulty into a new curriculum and it might be impossible to ask them to return. Other children might be in university and need our support to pay their tuition fees. I am halfway through teaching courses and have doctoral students depending on me for financial support and guidance – I would need time to get others to take over in an orderly way without disruption. Etc, etc.

And do we have jobs when we return? For how long can we live on our savings?

The point is that it is not fair to expect us all to drop everything and return. Those who choose to stay on are not traitors in any way. They are simply human, perhaps even good parents who need to give stability to their families.

Those who will return

I plead for understanding. Yes many of us will not return. A few of us will and must be attracted back. Sri Lanka as a nation has much to gain from those who suffered to have a good Sri Lanka.

In my own case I have set up shop abroad three times. First it was to study and settled own as Sri Lanka deteriorated. I returned in 1995 elated that Chandrika Bandaranaike Kumaratunga came back promising a new Sri Lanka. I felt duty bound to at least offer symbolic support to her cause by returning. I did not want my children to grow up not knowing the home I loved. It cost me a lot but never once did I regret that.

Then the Tigers issued death threats against me when I was appointed VC of University of Jaffna in 2005 and I had to run. This time I did not buy a house and felt I was in a temporary abode and returned quickly after the war when there were invitations to return. President Mahinda Rajapaksa issued a written directive for my wife and me to be reinstated based on judicial orders that had been ignored, but that directive was never implemented by the UGC. I have always wondered what gave the UGC the courage to defy a presidential directive and whether there was a wink from the top. This was a short lived return from exile in 2010 after my news article described above.

Again I have bought a house on mortgage after my wife insisted that we cannot live in an apartment like last time when our daughters are of marriageable age. I have PhD students half-way through. The cost of return will therefore be high: financially for obvious reasons, professionally as the credit for doctoral students will go to others who take them over and in many other ways after I have supported them through external funds almost to the end.

But home is where my heart is. And Sri Lanka’s future is in people who want to live in Sri Lanka and make a home of it.

The point is that even for the few of us who want to return and will return, the government must lift all legal barriers to our return and reinstate us as promised in its 100-point, 100-day program. Anything less will make its invitations to return empty.