The new government of President Maithiripala Sirisena has taken heartening steps to deal with serious issues such as good governance, accountability and to bring an end to the autocratic governance of familial rules embodied in deep rooted hate feelings.

This encouraging process must be strengthened to deal with wider issues and the government that is in the transitional process with the 100 day good governance programme must transit into a much more stable government after the parliamentary elections soon to deal with further fundamental issues.

The government needs to undertake positive and serious steps to engage with the Non Resident Tamils (NRT) with the sincere intention to deal with the issues affecting them and Sri Lanka. Instead of taking the hostile path of clobbering all the fair minded NRTs to the agitating and screaming Tamil groups, the government must seek to give wider focus to listen to the silent voices of the majority NRTs. 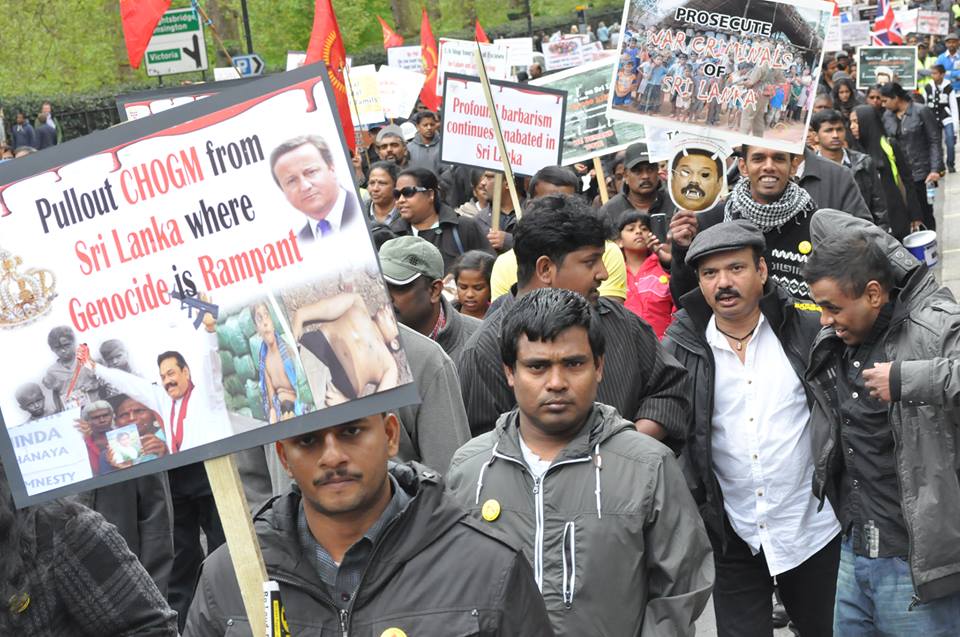 Of the successive governments, former President Mahinda Rajapaksa’s government wholly alienated the NRTs and kept on oxygenating the hard-core Tamil groups to such a scale that it polarised the much needed relationship into crisis point and to the scale of no return. The former Foreign Minister Prof G L Peiris was a god given professorial clump to diabolically harp on the NRTs on the whole to market the government’s anti-NRT feelings down south in Sri Lanka.

The You Tube display (below of November 2014) of the conditioned minds like that undermined the will of the fair minded wider expatriate Tamils was melody for the Mahinda Rajapaksa government. The government’s measurement of the NRTs based on such displays is canard and only alienated the resourceful and intelligent NRT community. The unemployed, a funeral orator, a charity thief (under investigation) and those extensively benefitted from the extension of the war are not the true projection of the wider NRTs.The new government must expand its scope to engage with the wider NRTs and move away from the rots that are rotting the very meaning of the Tamil Diaspora. Any sincere engagement must not be conditioned upon focussing on the branded Tamil groups. Far reaching efforts must be made to listen to the wider NRT views and to address their needs and issues honestly.

Overall, concern of the political resolution to the historical conflict that gave birth to the massive NRT, is an uncompromising issue that must be addressed in a sincere manner.

The NRT must be recognised as a stakeholders to issues involving the Tamils and facilitated without any divisive intents or manoeuvrings.

Wide ranging issues impeding the NRTs to engage, contribute and play their due role must be addressed sensibly.

As a priority, the new government must undertake the bold step to annul the proscription of over 400 NRT’s on the allegation of involvement in the LTTE activities. This proscription was an electioneering gimmick and a knee jerk reaction of the former government to teach the Tamil Diaspora a lesson and was not carried out with a sense of honesty and judicial far-sight. This idiotic proscription list of the former Defence SecretaryGotabaya Rajapaksa consists of persons who are dead, dying, sick and much of them have walked away from the LTTE soon after the war ended. Can someone in the government or even Gota explain how many of in the above video footage- some of whom are hard core mavericks are included in the proscription list? This shows the callousness of Rajapakse’s terror regime that progressively lost its senses to find fault with anything and everything to cover-up its own progressing misdeeds and degeneration.

There is a feeling of hope within the wider NRT community that needs to be harnessed with sincere intentions. If this opportunity is missed, it will be hard to find another prospect and the lethal branded Tamil Diaspora will be a painful thorn to deal with.