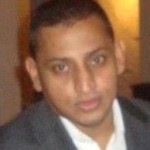 With international pressure building up and a successful prosecution taking shape against him, the Secretary to the Ministry of Defence, Mr. Gotabaya Rajapaksa cashing in on the wave of success of his brother PresidentMahinda rajapaksa in local elections, is rushing to seek legitimacy and public support for a top job that could fall vacant in the near future. The sudden decision would have risen either from insecure complexities or as a precautionary measure of having immunity usually granted to serving heads and deputy heads of States against possible convictions in an International War Crimes Tribunal. It is also no secret that Mr. Gotabaya harbors great ambitions to fill the shoes of the President in the event the position becomes vacant, either due to an unexpected death of the latter or due to a ruling by the Supreme Court arising from a successful petition against the President for seeking an illegal third term. As for the legitimacy of the third term, only the voter should have the right to approve changes to the Constitution. By not allowing thieves, rapists, sports stars and actors to sustain a despotic regime, thanks only to their popularity, the crossover MP’s should have no mandate to vote for President Rajapakse’s third term, especially when they had hoodwinked and convinced the ignorant voters into believing that they would act as opposition members in the parliament! We as a right-thinking nation cannot allow 150 plus individuals to hold the nation of 20 plus million as hostages!

Believing it would be unfair to the readers as well as to Mr. Gotabaya if the title of this article is not explained, I hope the following will shed more light on this elusive and the most-feared character of our time. 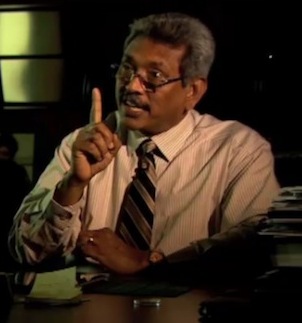 Living in a country where anyone charged of a crime is guilty until proven otherwise, there are serious allegations and over-whelming evidences of war crimes committed by Sri Lankan armed forces on direct orders from the Defense Secretary Mr. Gotabaya Rajapaksa. While he claims credit for coordinating and directing operations and winning the war, wouldn’t it be equally right for him to own up to any breach of ‘rules of engagement’ occurring especially at the last stages of the war? And yes, your guess would be good as mine.

Having been appointed Defense Secretary in 2005, the soon-to-be-super rich Mr. Gotabaya devised a plan to cut the ‘middle men’ when procuring arms for the forces and registered a company under the name of Lanka Logistics.  However noble it may sound, it was not to be so since Mr. Gotabaya became ‘middle man’ himself! Understandably, it was not fair to ask questions about arms procurements during times of war for fear of the enemy having a head-start should they come to know of the types of weapons and technologies purchased. But with LTTE pretty much buried for good and five years after the war has ended, shouldn’t the public be made aware of the types of weapons and at what costs it was purchased? For accountability issues and for purpose of audit and good governance, shouldn’t the government also table all related documents which in turn could also clear the good name of individuals involved in procurements?

The widely reported MIG aircraft deal in 2006 stank so much of corruption at the highest levels, that it also took the life of the famous son-of the-soil Lasantha Wickrematunge and exiled many others. As a mark of respect to the slain editor of The Sunday Leader, I will publish the webpage link that which explains the story in detail and as a reminder,

With Mahinda Rajapaksa government backed owners controlling the editorial board of the ‘The Sunday Leader’, the defamation case brought by Mr. Gotabaya against the same newspaper over the same story is now a foregone conclusion. I could only pity the TEC evaluation committee and General Fonseka for being pawns and so gullible in a ‘get-rich’ game where only the Rajapakse clan know how to win.

Apart from questions that Mr. Gotabaya needs to answer over corrupt procurement practices, serious questions arises over injuries and deaths suffered by government forces possibly due to inferior defense systems/arms and aircrafts. Human lives are priceless and however bitter it may be, the truth need to be told to the grieving families if it differs from the original version. While believing that nobody is above the law, I find myself in ‘no man’s land’ waiting for the ‘nation of cowards’ to open the can of worms!

As for Mr. Gotabaya’s explanation on Lanka Logistics and his Rakna Aracksha Lanka Ltd. (RALL) being ‘government owned’, his modus operandi is now public knowledge after the expose of multi-million USD agreements/understandings with government henchmen owned businesses where the profit sharing basis is skewed in certain illegal ways and where the local law enforcement officials fear to tread to investigate any kind of irregularities!

Excerpts from interviews given by Mr. Gotabaya to BBC soon after the war, followed by questions that would NEVER be answered;

“I am not worried about war crimes allegations”

Then why hide like a rat and a coward and not be amongst ‘men of honor’?

“Dissension against the war is treason”

Then I guess suppression of independent media would be justified, is it?

“Investigations WILL NOT bring reconciliation nor does the public want it”

How and when did victims or their surviving kith and kin give the right to Mr. Gotabaya to speak on behalf of them? And to set the records straight, EVERY Tamilian in this country and every right thinking individual, irrespective of what community they belong to, would certainly lobby for an independent investigation, provided it is safe to do so!

*The writer is an independent social/political activist and can be contacted at muhammedfazl@msn.com