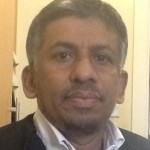 Who Is Responsible For Racial Attacks on Innocent Muslims in Aluthgama?

Finally, after all these atrocities against innocent Muslims in Aluthgama, President Mahinda Rajapaksa has requested Muslim MPs to produce evidence for the racist attacks. This is a rather sarcastic, mocking request from our President. One wonders, where does our president live?  Does he live in Sri Lanka or on another planet?

It is self-evident that all these racist attacks are carried out by BBS cohorts following the inflammatory speech of its Secretary General.  Galagoda Aththe Gnanasara Thero has been inciting Muslims for more than two years and he has been insulting Islam and Muslims without any reason or evidence with false accusations and fabrication.

If the President needs any evidence he should listen to some of speeches and talks given by this  barbaric, uncultured so called ‘monk’. He should watch some of video clips of racist attacks on Muslims in Aluthgama. What evidence does he need after more than 300 hundred racist incidents are recorded within last two years? All evidence has been produced to Human Rights commissions at the UN and in Europe. Let him read some of these reports to know what has happened to Muslims for the last two years. 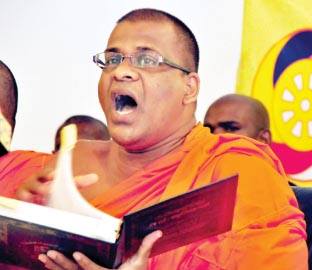 Who should be blamed for these racial attacks on innocent Muslims in recent times? Since 2011 Muslims have been a target of racial attacks from Buddhist extremists called Bodu Bala Sena. They have been provoking Muslim people with vulgar words and utterances. They have used filthy words to depict Islam and Muslims. They have fabricated many unfounded accusations against Muslims for no reasons. Yet, the President cannot see the culprit.

You do not have be a rocket scientist to know the truth about this racist group created by the President’s brother Gotabaya Rajapaksa for his political gain. It has been his dream and long term ambition to become the next President by any means. He uses all government apparatus to gain popularity among Sinhalese people in expectation that one day he would be elected as President of Sri Lanka.  He uses his religious card to gain popularity among people. Racism is his tool and the extremist BBS monks are his henchmen. He has indeed, openly supported BBS and provided them financial support. It is he who provides vehicles and security for these BBS gangs, he opened the BBS office building in Galle, he protected them from court jurisdiction many times.

Judges and law enforcement agencies are prevented from litigating against BBS, since he has asked police not to take action against them. He gave them permission to demonstrate in Muslim areas. He let BBS insult Islam and Muslims. All of this is to gain popularity among Sinhalese voters for the next election, to assure himself of a place in parliament in expectation of becoming the next President of Sri Lanka.

Within the last two years more than 300 hundred incidents have taken place against Muslims across the country; all of them have taken place with the approval and recognition of this so called, self-declared Defence Secretary.

More importantly, a self-declared Defence Secretary controls everyone in the party. This family domination of politics has been agonising for some of these senior SLFP members and they have already decided to teach a lesson to the Rajapakse family. They have been waiting to extract revenge in the coming election and the Rajapakse family knows this very well. This is a ‘do or die’ situation for them as well. In order to allure Sinhalese voters they have created this monster called the BBS in Sri Lanka. I think most Sinhalese people know that well and they are clever enough to distinguish the truth from falsehood.

What happened last Sunday in Aluthgama was a well planned attack on Muslims. Who gave the BBS permission to undertake this demonstration in a Muslim town?  Why do these robed thugs need to demonstrate? This is deliberately done to unleash attacks on innocent Muslims. What crimes have these innocent Muslims committed  for them to be killed in cold blood? What did Muslims do to these thugs to burn down their houses?  This is really a collective act of barbarism by these inhuman mobs. You could say that the LTTE killed thousands of Sinhalese. They killed more than 27,000 Sri Lankan forces. They attacked many Buddhist temples. At least one could argue that there was some reason for wiping out the LTTE because they wanted to divide this small country. What crimes have Muslims in this country committed? Why do these mobs target innocent Muslims? This government is entirely responsible and accountable for all that happened in these attacks. Blood thirsty Gota is directly responsible for all this barbarism. He should be taken to court for his role in this killing spree.

So what should be done now? There is clear cut evidence that all these anti-minority attacks have been instigated by BBS and its cohorts. Now it is responsibility of this government to take some measures to ban this group in the interest of Sri Lanka and Sri Lankans. Bring those attackers to book, produce them in court and punish them accordingly. There should be no hiding place for them. All events have been recorded with video evidence, enabling the Police to produce this video evidence in court.

Recent events amount to brazen robbery and looting. What is BBS is going achieve by burning down Muslim houses and businesses? What do they achieve by creating mayhem and misery in the lives of poor people? It is reported that household items and jewellery were looted before burning down their houses, while the police looked on

The general secretary of BBS should be put in jail for his hatred speech and violence against Muslims in this country. We have recorded evidences of many of his hate speech against Muslims and Islam. These should be produced in court and translated into documents. These documents should then be sent to international Human Rights groups, and UNHCR. The entire world should know exactly what happens in Sri Lanka.

Now people need to rebuild their houses and businesses, restart their life once again. It is the duty of this government to allocate money from public funds to help them rebuild life. Do the perpetrators not realise it is public money that will be spent on the rebuilding process? It is the wealth and resources of this country they have burned down. If they are true patriots of Sri Lanka they would not have done this. They are destroying Sri Lanka bit by bit through these violent activities, and it is economy of our nation that is going to suffer because of the stupidity of these people. Now it is time to apprehend the culprits and mobs involved in this violence.  We hope that the President will act swiftly.

I conclude this article with a quote of Dr Dayan Jayatilleka, who calls upon people of Sri Lanka to be united to wipe out this racist mob.  “The officer corps of the Sri Lankan military, the bureaucracy, the judiciary, the corporate sector, the trade unions, the student unions, the professionals, the political parties, the media, the intelligentsia, the international system (including Sri Lanka’s friends) should all be made aware of how destructive the BBS project is to their interests and should be motivated to oppose and defeat it.  The most effective weapons to stop the march of the BBS are an intelligent patriotism, a reasoned appeal to Sinhala interests and a more authentic, generously inclusive and pluralist Buddhism”.