Conspiracies theories abound; Dead Left Ministers summon small group meetings to warn of impending coup like developments. There is mayhem all round – the UNHRC probe, anti-Muslim pogroms, the Modi–Jayalalithaa twin-landslide nightmare and infighting in the government. The most intense and sharply focussed manic moment is the assault on the Muslim community, its places of worship and Muslim businesses, plotted, programmed and provoked by extremist Buddhist monks. Is the BBS, or more muscular souls in clerical attire, simply doing its ‘thing’ (with help from here and there – and we know where) or is it a façade of a deeper plot? Conspiracy theories multiply when society and polity break down and mayhem widens. There is no shortage of rumour as arsonists ignite, police and military simply stand and watch or escort thugs, and the once mighty President and the bold Defence Secretary, who together trounced the bandit of the Vanni, pussyfoot in the likeness of virgin schoolgirls. Something is rotten in the state of Denmark, to echo that troubled but noble prince. Is there a conspiracy or is it just chronic mayhem for the reason that the government has lost control?

The taxonomy of speculation falls into three genres; (a) a Black Hand preparing the ground for a crack down on democratic rights, (b) the BBS and its ilk as a putative theocratic state, and (c) the usual anarchy and pandemonium thesis. None can be dismissed and reality is a blend, which is not to say that all are equally plausible. I will touch on plausibility and on the more important task of confronting and defeating these threats; but first let us explore a little more.

The theory of a sinister conspiracy by two, or perhaps an extended family of supreme leaders, is the easiest to explain but probably not the most likely. To avoid legal complications let us refer to the theorists’ alleged instigators of this diabolical strategy as BH, for Black Hand(s), probably plural. The theory’s protagonists argue that the scheme is to stir-up chaos, then proclaim that the nation is in peril, that separatists and imperialist agents are tearing the country apart and undermining national security, and that evil civil society activists, politicians and Tamils are engaged in an anti-government plot. The saviours of the nation, that is BH, will then be duty bound to march forward and to act. A State of Emergency will be declared, political opponents rounded up; a few may join the ranks of the “forever disappeared”. In order to save Mother Lanka, BH will have no greater patriotic duty than to cancel elections temporarily, that is for as long as possible! 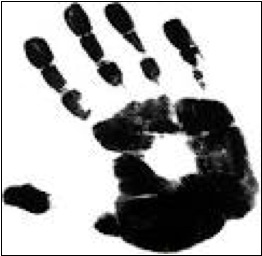 The theory’s aficionados pointedly remind us that to implement this dastardly plan, membership of BH must be drawn from the highest level, must have the ability to manage the police and the military, must have a kept press and TV and the ability to intimidate other TV channels and the vernacular press, and possess a substantial mass following in its own right. A crucial element is a deep and conspiratorial relationship with powerful sections of the clergy. The dodgy behaviour and the protection extended to thugs and arsonists by the police and the military during anti-Muslim pogroms are quoted as proof of this relationship. The pogroms are said to be a Lankan version of Kristallnacht when Nazi thugs went on the rampage in November 1938 to manufacture an excuse for Hitler to hound the Jews.

Given the different nature of these times and Lanka’s precarious position in the foreign policy domain, an analogy cannot be drawn with the Nazi’s. A credible parallel to the theory’s claims is Indira Gandhi’s Emergency Rule from June 1975 to March 1977 when democracy was usurped, thousands incarcerated and the press muzzled. Despite Indira’s popularity and power (she lost the immediately subsequent election but came storming back in a landslide in the one after) Indian democracy was simply too strong for anyone to subvert. She could not withstand mounting anger and pressure and was forced to climb down and call elections that she lost. Indian democracy reasserted itself with vigour. 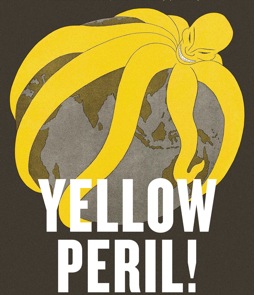 The frightful BH theory cannot be ruled out and democracy in Lanka is nowhere near as strong as India’s. The main opposition UNP and its leader are bereft of balls and will offer no resistance, or more likely, will go along with BH. The JVP and bolder civil society activists will politically, legally and physically bear the brunt of the onslaught. Nevertheless, I do not grant this (BH) option high probability, or if it is attempted it can be defeated with timely mass and foreign intervention. It will fail because of the fast rising unpopularity of the powers-that-be, international reprisals and because India and Tamil Nadu will not remain quiescent. I doubt that the alleged BH leaders are that dumb.

A counter theory recently proposed by Dr Dayan Jayatilleka (Sunday Island 22 June “BBS Bid for Power” and Colombo Telegraph 22 June “No limits? Southern Fascism”) I will call the Yellow Peril (YP) thesis. It has some relationship to the BH thesis but inverts the power relationship. The crux of this thesis can be summed up in two quotes: “A careful listening tells me that the BBS project aims at nothing less than state power”, and the second quote, “What is most troubling is the possible existence of Sinhala-Buddhist terrorist cells and their possible embedding within, interface with and resonance in the State apparatus itself”. Again I would like to draw an explanatory analogy, but only in relation to state power. My analogy is with the theocratic Khomeini project in Iran in 1979. The sharp distinction between the two is that Khomeini was philosophically serious and a true blue, sorry green, Islamic-statist. Our lot are dishonourable, plain power hungry, and without an iota of true Buddhism in their skulls. Despite these yawning differences, the easy parallel draws attention to the superficial similarity between movements directed by clerics. 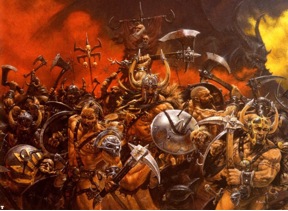 A crucial element of the YP thesis is that, implicitly, it is a counter-thesis to BH. The latter focuses on a plot led by political forces with religious bigots in tow; Jayatillekas’s thesis defangs the political plotter thesis and turns attention to an alternative villain in yellow. I do not impute motives to Jayatuilleka and I do not suggest that he is attempting with intent to divert attention away from BH as the true miscreant; but to the extent that his views gain ground this will happen.

Nor do I see sufficient evidence to justify his inversion of the conventional ordering of culprit and abetter. Surely there is no question, granting that both theses contain some truth, that BH is primary and YP is ancillary. There may indeed be elements in YP with state power ambitions, but authority relationships in Lanka are such that those in control of the machinery of state and military will call the shots and exert supremacy. BH will out-trump YP if ever there is a contest; of course BH will readily accommodate BBS, and YP in general, as junior partners.

The view that I find most persuasive is a non-conspiratorial one. The political scene is chaotic and out of control, the Rajapakse siblings are at their wits end. The AC view diverges from the BH thesis in that the latter insinuates a well planned conspiracy.  For example, in AC perspective the siblings pull in different directions and undermine one another, but not as calculated conspiracy; it is folly and confusion. Though in realityGota is blowing Mahinda’s cover in international, Indian, and now Islamic political space, he is not out to get Mahinda. It is that the regime no longer has a coherent game-plan. Yes, yes, all three theses are true in part, but my point is that the chaos thesis holds the strongest hand, the Black Hand (silly pun) holds a half loaded gun, and the colour yellow is less in vogue.

Aluthgama has redefined the Lankan State; it has crystallised its sectarianism and consummated the 1956-Project at a higher level. Pre-Aluthgama it was possible to pretend that it was only the Tamils who were alienated from the state which by default included the other minorities: Christians, Muslims and perhaps Upcountry Tamils. But the alienation of the Muslims at Aluthgama ended this fiction. With the politically and numerically major minorities, Ceylon Tamils and Moors, cast as enemies of the state, the latter has taken on a clearer Sinhala-Buddhist identity. This does not necessarily makes the state weaker; over the decades, its ideologically monolithic nature, unity of purpose and clarity of direction, has made the state stronger than in 1956.

But it has also isolated the state and painted it into a corner where its true clientele is only a dying breed of ardent true-blue Sinhala-Buddhists. Dying? I was rather surprised during the last week to discover that the newspaperman, the bread delivery chap, the security guard and the vegetable lady, all ordinary Sinhalese and presumably Buddhists, laughed in derision at the “pissu ballo”. I believe they had both the government and those men in yellow in mind. Since Muslims get no protection from the police or the government they are resorting to strong-arm retaliatory measures. Muslim youth have no other choice, are they to stand by and watch the flames if anti-Muslim pogroms spread? But this how the LTTE surfaced and the regime, in dire confusion, is stoking something similar. It is even provoking it. There is talk around the town that a high official in the External Affairs Ministry informed the US Ambassador that the trouble was that jihadist extremists were at work in Lanka.

BH and YP can both be defeated by firm and early mobilisation. There is no point calling upon the JVP to get down to it until every one of us makes a start. I said the leadership of the UNP was impotent and supine but that is not the case with the UNP’s grassroots cadre. UNP activists are as likely to be offered free transport in a white-van as any JVPer or outspoken liberal. Therefore any mobilisation must appeal to the UNP rank and file over the heads of its emasculated leaders. Meetings are already in the pipeline (June 26 at the Public Library Hall was I believe the first) and I see anger building up on many fronts to defeat extremism and alleged BH and YP conspiracies. As for the widening and endemic chaos in governance, that is the third thesis, poor Lanka will not get a chance to set this right till the next round of elections.