The Liberal Party in a statement to commend the government on expanding the scope of the Presidential Commission on Disappearances, has urged the publication of the Udalagama Report and for swift action to be implemented on its findings on the killing of five students in Trincomalee in 2006. 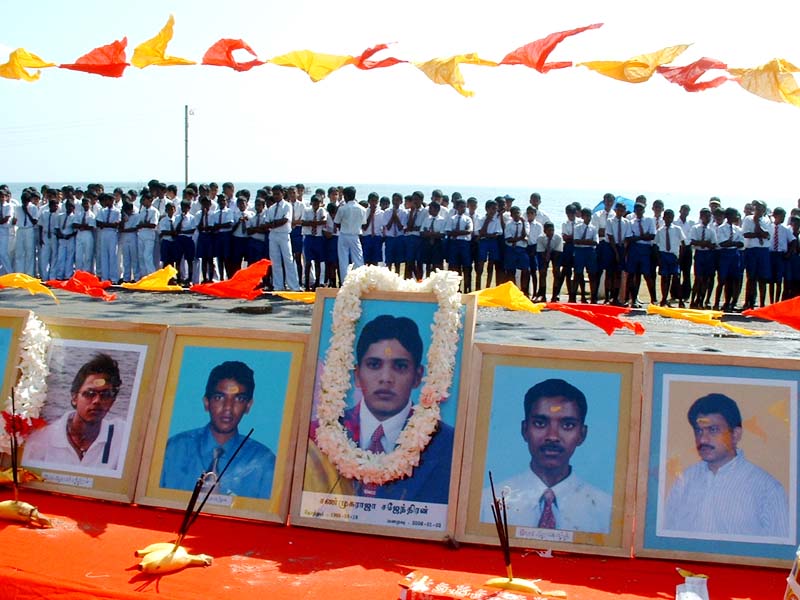 Liberal Party General Secretary, Kamal Nissanka in his statement has praised President Rajapaksa on expanding the scope of the Commission on Disappearances pointing out although it has been worded in a ‘circumspect and circumlocutory fashion’.

“It fulfills the long expressed need for an internal need into possible violations of law during the conflict,” he states.

Nissanka has also interpreted the move as the President commends President’s determination to continue with the South African initiative despite Government Minister Wimal Weerawansa’s vehement objections against it.

“The expansion of the scope helps address question of transparency and credibility raised concerning a domestic inquiry,” he adds.

Furthermore in the statement, Nissanka points out although they have always felt local officials are both competent and capable of, the failing point of the government has been in the publication of the reports of the Commissions’ work and the implementation of the recommendations.

“We welcome the recent development which we hope heralds a new understanding by the President of moral and international realities, we would also suggest that he look into past failures to act sensibly,” it has been asserted further while adding that if this step had been implemented earlier, Sri Lanka would not be facing the issue of an international inquiry.

The Liberal Party emphatically welcomes the recent gazette notification expanding the scope of the Presidential Commission on Disappearances. Though it is worded in a circumspect, and indeed circumlocutory, fashion, it fulfils the long expressed need for an internal inquiry into possible violations of law during the conflict. Thankfully, coming hard on the heels of the bombastic outburst of Minister Wimal Weerawansa, it unequivocally rejects the stand he took, which had also been undermined by the President’s determination to go on with his South African initiative.

The recent shift in position also helps to address the questions of transparency and credibility that had been raised with regard to any inquiry conducted within Sri Lanka. The Liberal Party has always felt that our own personnel were both competent and capable, and this has been justified by the work of Commissions such as that chaired by Justice Udalagama and by C R de Silva (the Lessons Learnt and Reconciliation Commission). The problem has lain in the failure of government to publish the Reports of the Commission, or to work effectively on their recommendations. But now that a panel of international experts has been appointed to assist the Commission, such problems are less likely to arise.

Indeed the gazette notification makes clear that the government is anxious to fulfil one of the most important recommendations of the LLRC. Unfortunately government seemed to have ignored this, and it is still regrettable that all recommendations have not been entrusted to the panel virtually headed by the Secretary to the Ministry of Research, Technology and Atomic Energy. The farce government went through in initially allowing the army to look into allegations of violations of law was compounded when the report, as it seems, dealt only with what was termed the Humanitarian Operation. Deliberately, or through foolishness, government ignored the fact that the LLRC had stressed the need to investigate what happened after the war. Certainly, as the Liberal Party has long argued, the forces seem to have done their best in general to have avoided civilian casualties, but there is credible evidence of executions of surrendees as with the White Flag case, which needed investigation.

Whilst welcoming the recent development, which we hope heralds a new understanding by the President of moral and international realities, we would also suggest that he look into past failures to act sensibly. Had this step been taken earlier, we would not now be facing an international inquiry, which the Liberal Party has always deplored, and thinks unnecessary. In particular, it would be tragic if the President continues to be advised by those who have brought this country to a sorry situation, which we do not deserve. The forces too should not be insulted by efforts to shield the few elements that behaved badly, since this conveys the impression that all our servicemen behave badly, which we know is not the case. In this context, the Liberal Party urges the publication of the Udalagama Report, and swift action with regard to its findings as to the killing of 5 students in Trincomalee in 2006. We are aware that the President on several occasions urged proper action in this regard, and he must not continue to be diverted from his purpose by those who do not care for the reputation of the country in general.