Political Murders, the Commissions and the Unfinished Task – 8

A presidential commission comprising Supreme Court Judges P. Ramanathan and S.N. Silva (who subsequently became Attorney General and then Chief Justice), and High Court Judge D. Jayawickrema heard evidence on the assassination of Vijaya Kumaratunge (VK), a rising political star. He was assassinated on 16th February 1988, early during the JVP insurgency. In the findings, a prima facie case was said to lie against President Premadasa on the grounds that the former President was implicated by evidence of a motive for the assassination, and by circumstantial evidence of the suppression of the investigation. UNP Minister Ranjan Wijeratne was implicated by the Commissioners on the grounds that he illegally and improperly interfered in the conduct of the investigation. The motive attributed to

Premadasa is political – that VK who appealed to the same populist base as Premadasa was a formidable rival at the presidential elections scheduled for the end of 1988.

Some of the reasons given for the conclusions by the Commission are given below:

The CID and CDB of the Police worked closely in the investigation and obtained a description of the assassins from witnesses. On 14th March 1989 (3 months after Premadasa became president), the CDB arrested the suspected chief assassin Lionel Ranasinghe, who in turn confessed to the act. Subsequently he was interviewed by Minister Wijeratne and Ernest Perera, IGP, at a high security cell at Slave Island Police Station. Ranasinghe was shortly afterwards transferred to the CID on the orders of the minister, faithfully carried out by the IGP. Frank de Silva, then DIG/CID, denies that he was either consulted or knew anything about the transfer. 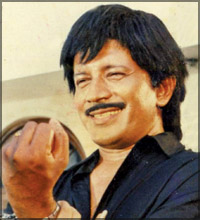 Another circumstance has to do with Bennet Perera, SSP, Director CID, who was closely involved in the case and had already been transferred out of the CID with one hour’s notice just after Premadasa had become president in December 1988. He was shot dead subsequently by an unknown person. Before leaving the CID he had told a subordinate of his discovery of the involvement of some government ministers in the assassination and advised him to keep out of the case. General Attygalle, then defence secretary, and the IGP could give no reason for the transfer of the admittedly effective officer, except that they were possibly passing down a ministerial order. Chandra Jayawardana, the new director installed, recorded a statement from the suspected chief assassin Ranasinghe, now in his custody, implicating him as a JVP assassin for the record, but did nothing to pursue leads, make arrests or carry out any further investigation.

Frank de Silva, DIG/CID, was transferred out of the CID on the 8th April 1989, on the day he went abroad on an official trip and was replaced by Amarasena Rajapakse, a hand picked officer given 3 years’ extension of service. ‘Passing down a ministerial order’ was again adduced as reason for the transfer. The CID to which the investigation had been transferred from the CDB by the order of Minister Wijeratne, had thus been rendered completely ineffective. In September 1989, six months after his arrest, Ranasinghe, the assassin, disappeared in circumstances where the police account is completely uncorroborated.

A similar fate befell the principal accomplice, Tarzan Weerasinghe. His presence in a CID cell from December 1990 into the early months of 1991 is unrecorded and denied by Jayawardena, the Director. It is, however, confirmed by his sister and four fellow detainees including Susantha Dias Dahanayake, himself a detainee. Weerasinghe had told the latter of the involvement of Minister Wijeratne and Deputy Minister Gamini Lokuge in the killing, and that the murder weapon had belonged to the latter. Weerasinghe disappeared after being heard groaning, following interrogation by Director, CID. The latter and Lokuge declined to cross- examine witness Dahanayake despite being given the opportunity at the commission hearings.

The commission found that Deputy Minister Lokuge’s weapon had been used in the killing, while the available evidence was insufficient to implicate him.

It would be fair to say that there was initially a tendency to accept the findings of the Vijaya Kumaratunge Assassination Commission because of a climate of opinion about Premadasa. The Commission sittings were not given to extravagances, such as calling up an unknown woman perjurer as witness, which threw doubts on the Athulathmudali and Kobbekaduwe Commissions. But then, doubts began to be raised. What struck many were the great pains taken to eulogise the victim in what purported to be a legal report. We will refer to two excellent critiques, one by former supreme court judge A.C. Alles (Island 12.3.97) and the other by Kishali Pinto Jayawardana (KPJ) (in Moot Point – Legal Review 1997 and Pravada, Spring 1998).

Alles took objection to a prima facie case being held to lie against President Premadasa on the grounds that the former President was implicated by evidence of a motive for the assassination, and by circumstantial evidence of suppression of the investigation. Likewise, with Ranjan Wijeratne who had no known motive but was found to have illegally and improperly interfered with the conduct of the investigation. Alles considered the reasoning ‘completely alien to established principles of criminal law’, pointing out that there was no evidence that Premadasa had any contact with the assassins or had any dealings with them. In particular, says Alles, the expression ‘evidence of a motive’ has no place in law.

A general objection to Presidential Commissions pointed out by KPJ is that such tend to have political overtones through the judges being hand picked by the Executive President, in contrast to the Supreme Court bench hearing a particular case being appointed by the Chief Justice. President Kumaratunge is also accused of having misused the Commission Report by saying that it had found Premadasa and Wijeratne directly involved, and of having pre-empted the Commission findings by accusing Premadasa of responsibility for the assassination while the Commission was sitting.

KPJ also finds the Commission’s arguments based on interpreting the current political scene defective. One is Premadasa’s motive for the assassination. The Commission contended that Kumaratunge was a formidable rival to Premadasa in the presidential election scheduled for the end of 1988. But in February 1988 when the assassination took place, it was unclear who the UNP candidate would be and Mrs. Bandaranaike would normally have been the main rival to the UNP candidate. The other was the Commission’s contention that the JVP did not regard Kumaratunge as a threat to them because they were involved in underground politics.

The last supposition was used by the Commission to discredit SSP Chandra Jayawardena’s report on the interrogation of the chief assassin Lionel Ranasinghe. Among the reasons the JVP gave for assassinating Kumaratunge (VK) were recorded by Jayawardena as: VK’s countrywide campaign in support of the Indo-Lanka Accord; his popularity among the youth; his alliance with old Left parties; and his supporters receiving weapons training from the EPRLF and PLOTE. All these though discredited by the Commission are eminently credible.

The Commission’s finding Ranjan Wijeratne implicated in the suppression of the investigation is to a large extent based on the disappearance from police custody of the assassin and accomplice. It was Wijeratne who visited the assassin who was taken in by the CDB and had him transferred to the CID. The Commission argued that the assassin and the accomplice, who had also evidently been seen in custody by Wijeratne, could not have disappeared from custody without the knowledge and support of Wijeratne.

KPJ adverts to Wijeratne’s hard-line approach to security matters and argues: “Lionel was not the only captured JVPer that Wijeratne visited, others falling into this category included Wijeweera and Gamanayake. The ‘disappearances’of these two was an open secret. What evidence is there to show that Lionel and Gamini were not disposed of in a similar manner? Methods of the State when dealing with captured JVPers at that time were only too brutally efficient. In those days when terror stalked the land, any talk of proper trial procedures to be followed in these cases would have been dismissed out of hand. That was the reality, however deplorable it may seem from a human rights standpoint.”

We agree that there is partial truth in this and will come back to it later. For the present, we observe that such critiques serve an important democratic function. However, their full value is not realised in a context where there is a serious vacuum. The legal process has become debased to a point where its function is more to suppress the truth about major national calamities than to bring it out and make the guilty accountable. The Press has become equally hopeless at that task. Critiques realise their value only if their exposing defective reasoning takes us closer to the truth. But if there is no agency trying to bring out the truth, the value of critiques is largely lost.

They become filed away into oblivion like the Commission’s recommendations, which KPJ cites with approval. They all become part of a moribund public life where there is plenty of ritual and ceremony but little change for the better. If the truth ceases to matter, are we not fated to retain in perpetuity the most undesirable elements guiding our destiny? We trust we will make some contribution to using the critiques cited in the way they should be used, as further means to the truth rather than ends in themselves. We begin with one of the controversial, if not obscure, conclusions of the Commission.

*From Rajan Hoole‘s “Sri Lanka: Arrogance of Power  – Myth, Decadence and Murder”. Thanks to Rajan for giving us permission to republish. To read earlier parts click here