The common refrain of supporters of an all powerful unchallengeableExecutive Presidency (EP) has been: “What does the common man care about abolishing EP; all he/she is concerned about is the cost of living, children’s schooling; decent housing”. Sycophants chant: “SI-CC talk against EP is a game played by the Colombo elite. The farmer, the fisherman and the city worker take no notice”. The truth however is that the EP-perfidy costs Punchi Banda in the village and Sarath Bass in the city a load of money. Secondly, the abuses perpetrated by UPFA politicos, enjoying impunity thanks to EP, despoil the quality of ordinary people’s lives. Corruption at the highest levels and impunity in the abuse of power are hard to separate from the exercise of absolute executive power. The deficit in public appreciation of this connection has to be blamed on us the promoters of the abolish-EP campaign; we have not done enough to explain the extent and seriousness of these distortions in simple words to the public.

This piece examines the cost per household of some examples of mega-scale corruption that unchallengeable power facilitates. It needs to be followed by studies of other mega-scale blunders (Mihin, Mattala, Hambantota Port and Stadium). Thousands of occurrences of everyday-scale localised corruption and power abuse also warrant study from the perspective of the harm done to ordinary families. The pernicious effects of EP are not confined to an onslaught on democratic and human rights or violation of constitution and law, but also hit the average family in the stomach. 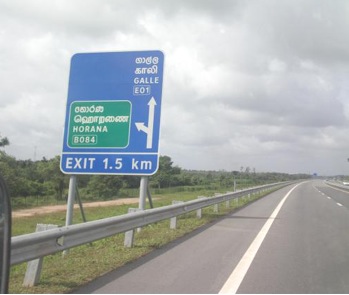 This article makes use of studies by CoPE summarised by Moramudali & Imtiaz (“47 Public Enterprises make losses amounting to Rs 450 billion” inCeylon Today), Sivaguru Ganesan (“Corruption in Sri Lanka”) and Mormudali & Jayakody (“Yippee on the Highway”). A web search will throw up much material; TL Guneruwan, Amal Amarasinghe, Harsha de Silva and others. Data is copious but it has to be broken down and presented to explain how EP hits everyone’s stomach and wrecks the roof over every family’s head.

To get a perspective we have to compare the costs of corruption with average household income – Household Income & Expenditure Survey of the Census & Statistics Department. In 2012-2013 the average income of a person in the Western Province (highest) was Rs 196,000, Southern Rs 133,000 and Eastern Rs 82,000. For the purposes of this essay I intend to use Rs 144,000 per year, that is Rs 12,000 per month, as the average income per person. Assuming a household consists of four persons we can keep in the back of our mind, Rs 48,000 (say Rs 50,000), as the monthly income of an average household.

The Committee on Public Enterprises (CoPE) tabled its report on 6 August and put the losses of 47 public enterprises in the period July 2013 to June 2014 at a staggering Rs 450 billion; that is according to the Moramudali & Imtiaz summary. I am fairly sure that M&I have screwed up the CoPE data (a request to Ceylon Today to confirm accuracy elicited no response). The Rs 450 billion number I suspect refers to three years not six months; still it boggles the imagination. By way of comparison, the gross revenue of government for the four months January to April 2014 was only Rs 345 billion! Rs 450 billion per 6-month period is about Rs 21,500 per person per six months and equivalent to Rs 172, 000 per year for a four-member household. Compare this with the average household income of Rs 50,000 a month. If M&I have mucked up their arithmetic and the Rs 450 billion refers to three years losses, then the Rs 172, 000 has to be amended to Rs 28, 700 per household per year; still a large number. 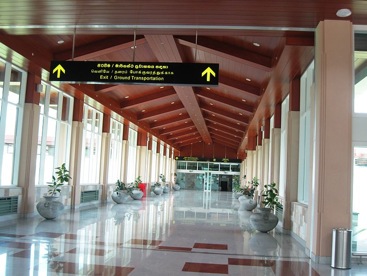 Of course not all these losses are eaten up in corrupt practices; a significant portion is subsidies or concealed subsidies fed back to the public. If for example the electricity tariff on a class of consumers is below the fair cost of production, leaving aside CEB bungling, then it is actually a subsidy. Furthermore, even though most losses after filtering subsidies are attributable to theft and corporate incompetence, only part can be blamed on impunity, protectionism and rotten appointments for which the executive is directly responsible. Notwithstanding such allowances, the bottom line stands: The Executive Presidency costs Punchi Banda and Sarath Bass tens of thousands each year due to graft and mismanagement attributable to its actions and omissions in the state sector.

The launch of Power and Power on August 5th was quite a coming-out ceremony for Champika Ranawaka’s presidential ambitions though not necessarily at the very next outing. A slide in Ranawake’s presentation struck me. Unless I misunderstood, Ranawaka said the monies recovered from the public at the pump via the sale of petrol, diesel and kerosene exceeded the all inclusive costs (oil price, transport, technical costs of processing) by a staggering Rs 106 billion in 2013. I rubbed my eyes but that was what I thought I saw on the screen. Since Ranawaka is a cabinet minister let’s go with the figure. A back of the envelope calculation shows that if this is correct about Rs 20,000 per annum is pocketed by the state from the average household (fluctuates year by year). And as Ranawaka points out there is no transparency in energy accounting and no energy policy in this country.

Where do these super-profits go? The suggestion is part high level robbery, part corporate corruption and part state revenue to underwrite bad governance. Does the Executive Presidency have a bearing? Yes directly and indirectly; directly by providing cover for undesirables in high places, which would be more difficult to do in the absence of absolute power; indirectly by creating a culture where public inquiry and intervention are prohibited. A team of MPs were unceremoniously booted out when they visited the CPC refinery on a fact-finding mission; another team was taken hostage by government goons at the Railway Department on August 11. Thuggery trumps transparency thanks to EP! Ranawaka, if he has guts, would take on the Highways Ministry not power and petroleum, but understandably he can’t infuriate his boss and lose his job. Construction cost data for five major highways taken from the references that I cited above, are as follows.

Highway construction costs the world over vary with terrain, number of lanes, bridges and flyovers. Hence, globally, costs per km have varied between Rs 250 million and Rs 400 million. Lankan prices exceed this range by a factor of 6 to 20! This price explosion is inexplicable except by using a multi-layered-graft thesis, meaning; (a) the lender, say a Chinese or Japanese bank, creams of 100% – that is 1-unit of the 6 to 20, (b) another 100% is deposited overseas by the lender for the local kingpin – that is one more unit, (c) projects are awarded to say a Chinese contractor sans competitive bidding and the price escalates, that’s another unit, (d) sheer project mismanagement, design inadequacy and affixing of rates after the job is done is one unit, and (e) local materials suppliers (hangers-on of political powers at the national or local level) cream off 100% above competitive procurement prices. This five-unit hypothesis is stylised to illustrate how cost overruns of an order of magnitude can occur.

The highway projects enumerated above add up to Rs 425 billion. Apart from pointing out that the prices are shocking I am not in a position to say how much should be demarcated as graft and bungling. Every Rs 105 billion marked as robbery or bungling amounts to Rs 20,000 stolen from the average 4-member household; that is 40% of a month’s income is robbed from every household.

High-rises for local and foreign elite

One of the references I cited describes a hypothetical example. I would rather say typical not hypothetical because I can see in my mind’s eye the two projects the writer had in mind.

Project B: Six acre (960 perch) urban slum in a central location for office and commercial development. The realistic competitive price is Rs 10 million per perch but 20% has to be set aside for slum clearance and compensation. Hence it should fetch Rs 7.68 billion; but if the price paid by the developer is Rs 5 million per perch the income to the state is Rs 5.76 billion and the loss to the public purse Rs 1.92 billion.

The hypothetical loss on the two projects, at moment of sale, is nearly Rs 7.7 billion. These illegitimate proceeds are shared by the developer who underpays, and those in authority who win a gratuity from the developer for steering the deal through the state system. Add to the illegitimate Rs 7.7 billion, the present-value of interest assuming it remains steady at 2% above the inflation, and consider a 30 year period. Then the total present value, including future interest, of this robbery is Rs 14 billion.

It is possible to go on for pages; I have only skimmed the surface of financial corruption and not touched on damage done to the lives and psyche of ordinary folk by cosseted drug lords, school-teachers kneeling before ruling party politicos, dead bodies in wells and much else. The bottom line always is: Such things are aggravated by absolute power, and it is not the elite but the farmer in the village and the city worker who caries the burden.

Let me address one last matter before closing. Foreign direct investment expected in 2013 was $ 2 billion but there was a shortfall of $ 610 million. The business community says the reason is breakdown in the rule of law – for reasons that are obvious enough. Now if Rs 1 million creates one job then the jobs-not-created due to this decline in FDI is about 800,000 per year. A large annual shortfall in employment creation by local capitalists and foreign investors will persist for so long as this misbegotten authoritarian system drags on. Punchi Banda and Sarath Bass’ children too will pay the price. What a shame!