Terrorists resemble one another: state terrorists, respectable members of government, and private terrorists, madmen acting…. in the name of various gods, whether God, Allah, or Jehovah…. How much longer will we ignore that fact that all terrorists scorn human life and feed off of one another? – Eduardo Galeano (How Much Longer?)

Zionist ultras, the sort who decry Binyamin Netanyahu for dovish tendencies, have a new role model: Sri Lanka. Mr. Netanyahu is being urged to learn from the Lankan example of ‘resolute use of military force’ and give Hamas ‘the thrashing it deserves’[i]. 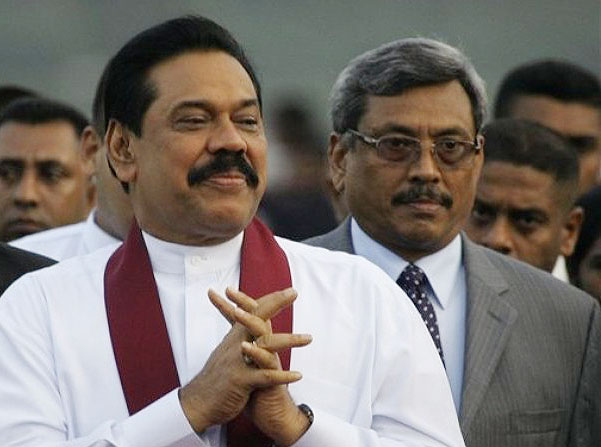 Nakba onwards, Israel has won every war it waged. And yet the Palestinian issue remains, a ‘grindstone of conflict’ which “crushes and erodes our lives, our hopes and our humanity”, as the internationally acclaimed Israeli writer David Grossman lamented, last month[ii].

The lesson is obvious: military victories are absolutely possible; military solutions are absolutely impossible (barring successful genocide, which is harder to achieve in today’s world). Israel tops the Global Militarization Index[iii]. It follows a policy of zero-tolerance towards those it deems ‘terrorist’. It has an unfailing patron in the US. And yet, peace and normalcy continue to elude Israel. And so long as the Palestinian issue remains unresolved, any military victory Israel achieves will become a pyrrhic one politically.

The Rajapaksas could have learnt from Israel’s strategic failure and opted for a different path, post-war. But they didn’t, because of ideological convictions and political expediency. So five years after the annihilation of the LTTE, Sri Lanka remains raddled with suspicion, hate and disharmony, a toxic place in which seeds of new conflicts are germinating.

Sri Lanka and Israel can indeed learn from each other, valuable lessons on how not to wage wars and how not to build peace.

The Ruling Siblings, like their Zionist fans, do not accept the existence of an ethnic problem. They regard Lanka as the Sinhala-Buddhist Holy Land where the minorities exist on sufferance. Consequently they consider minority grievances as illegitimate and inimical, ipso facto. They see any minority ‘problem’ as purely a national security issue, which must be resolved through harsh laws and police/military actions. The 13thAmendment still exists, albeit in a vastly truncated form, not because the Rajapaksas accept the need for political devolution, but because they are loath to seriously antagonise India, yet. The various Rajapaksa-attempts at crafting ‘homemade solutions’ are merely exercises in prevarication and deception.

Gotabhaya Rajapaksa reiterated this worldview, again, in an opinion piece which appeared under his name in PRISM, the magazine of the Centre for Complex Operations (CCO) which is attached to US Department of Defence[iv]. Mr. Rajapaksa is often the harbinger of the changes his more astute brothers are planning. His words, written for an official American audience, are important in understanding what might befall Sri Lanka during a third Rajapaksa term.

Gotabaya Rajapaksa claims that “Sri Lanka must learn the lessons of its past, and ensure that history is not repeated”. Indubitably; but everything depends on how the past is perceived. According to Rajapaksa-rendition, past did not contain ‘Sinhala Only’, Standardisation or other Sinhala-supremacist excesses. Eelam War had no political root-causes. Tamil separatism was purely a result of Tamil desire for separation.

Given this perception of the past, the future can have only one mould – harsher laws, increased militarization and greater repression.

‘The possible re-emergence of terrorism”.

“There are groups even within the democratic mainstream…..that obtain funding from the LTTE’s international network and pro-LTTE elements overseas….Though they appear to have a democratic face, their actions and remarks clearly show that the extremist separatist ideology has not yet disappeared. Their ultimate objective is achieving the division of Sri Lanka. As a result of their actions and statements, it is very much a possibility that certain radical elements will feel empowered to once again attempt to take up arms in the name of separation. This is a major national security threat that needs to be taken with the utmost seriousness.”

It cannot be a coincidence that Mr. Rajapaksa’s sidekick Prof. Rohan Gunaratne recently criticised the government for allowing the TNA to engage in politics, post-war[v]. Post-election, this ‘mistake’ might be rectified; the TNA might be proscribed, on terrorism charges.

‘The emergence of other extremist groups’.

“These are the remnants of the radical groups that were involved in previous insurgencies. Some…..are trying to…mobilize people to once again take up their extreme left wing causes. There is information that some of these groups have started to establish ties to LTTE-linked agents….. Some of their activities include radicalizing students and encouraging them to take to the streets in various protests.”

Post-victory, the Rajapaksas might unleash a wave of repression targeting political, trade-union and student activists. The more active members of the UNP too can be victimised. Only a pro-Rajapaksa opposition will be permitted.

‘The worsening of ethnic divisions and communal violence’.

“During the period of the war, it was not only the Sinhalese and Tamil communities that were affected by the terrorist separatism of the LTTE, but also the Muslims. In this environment, the Muslims also started to organize for their own protection against the LTTE. Since the LTTE’s defeat, some of these groups have begun to engage in activities that stem far beyond self-protection. There is information that some of these groups have even tried to link up with global Islamic terrorist organizations….   there are some foreign groups that wish to encourage Sri Lankan Muslims to identify themselves more with the global Muslim community…..This trend has been particularly prevalent in the post-September 11 world in which a tendency among certain groups to try and influence the global Muslim community toward, religious extremism has become visible.”

Anti-Muslim hysteria will be used to keep the economically hard-pressed Sinhala majority quiescent. A bogus ISIS-threat might be used to build an anti-Islamic bridge to Mr. Rajapaksa’s adopted homeland, the USA.

Real Target – Rajapaksa critics and whatever that is left of the anti-Rajapaksa opposition.

“The final threat….is the emergence of new technology-driven media, including social media sites such as Facebook, Twitter and other websites….. Those with vested interests can exploit social media, causing problems….by circulating certain ideologies online and mobilizing and organizing people. This can be done with a minimal physical presence, and therefore constitutes a threat that is difficult to contain through the traditional tools of national defense.”

Conclusion[vi]:  “Although Sri Lanka today has no immediate requirement for offensive military operations, it is of the utmost importance that security measures not be relaxed….. Still it is essential that the military remain in strategic locations throughout Sri Lanka. Particularly in the North and East….”

The writing on the wall cannot be clearer. Post-presidential poll, the Rajapaksas will move with utmost ruthlessness to neutralise all threats to familial rule and dynastic succession under the guise of ensuring national security. With suspicion, intolerance and hatred enthroned as patriotism, Sri Lanka will become a diseased society at war with itself, at individual, political, ethno-religious and class levels.

[v] It was a grave error to allow the TNA which had links with the LTTE to remain in politics – Prof. Rohan Gunaratne – Lankadeepa – 21.8.2014

[vi] The other threats identified are The challenges of maritime security and border control, The growth of organized crime and Foreign Interference in domestic affairs.