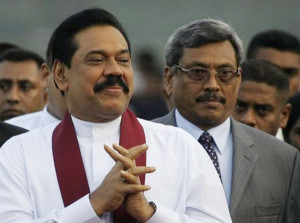 In a strongly worded editorial published on Friday titled “Sri Lankaís Intransigence”, it has been pointed out that refusing access to the UNHRC investigations carrying out the probe on Sri Lanka has placed the country in the company of North Korea and Syria – two countries that also barred access to UN human rights investigators.

The editorial board has expressed doubts on the comments by President Rajapaksa of Sri Lanka being able to handle the inquiry on its own, as it was the failure to do so ,that prompted the request for a comprehensive investigation into the alleged abuses during the final phases of the conflict in Sri Lanka, by both sides.

Furthermore, it has been noted that the safety of witnesses who would be providing evidence to the investigation is a major concern against the backdrop of threats that have been levelled at people demanding accountability for those who disappeared and the Prevention of Terrorism Act being used to detain people without a trial. If Mr Rajapaksa’s goal is truly, as he claims, truth, justice and reconciliation, he should cooperate with the investigation,” the editorial board notes adding that failure to do so will only feed international suspicions on the fact that the Rajapaksa-regime has much to hide.

After the United Nations high commissioner for human rights, Navi Pillay, visited Sri Lanka last year, she reported that she had never seen such a “level of uncontrollable grief” as that of families of the disappeared in Sri Lanka, and that people with whom she met were promptly visited by security forces.