The All Party Parliamentary Group for Tamils (APPG for Tamils) has requested the UK government to consider all actions including sanctions against Sri Lanka, until the Government of Sri Lanka (GoSL) agrees to cooperate with the investigation led by the Office of the High Commissioner for Human Rights on the war crimes allegations. 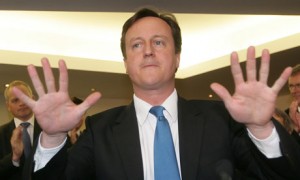 The APPG for Tamils in a statement has called upon the UK Government to condemn the GoSL for rejecting the probe led by the OHCHR (OISL) and for refusing to cooperate with the Office of the High Commissioner for Human Rights (OHCHR).

The group’s Chair Lee Scott and Vice ChairSiobhain McDonagh in the statement have remarked that it is completely unacceptable for the GoSL to declare non-participation in the investigation and its continuation to find ways to regularly prolong and avoid the probe, even after the resolution mandating the investigation was passed in March at the 25th UNHRC sessions.

Meanwhile, they had also welcomed the speech by the new UN Human Rights Chief Prince Zeid Ra’ad Al Hussein in which he pledged his commitment to the OISL .

The APPG for Tamils has also called for an urgent moratorium on the deportation of Tamil asylum seekersand the potential witnesses to the OISL, pointing out the probe is being conducted outside of Sri Lanka due to lack of access and has urged the UK Government to ensure the safety of very vulnerable war crimeswitnesses and rape victims who are already in the UK and under threat of deportation.

Moreover, they have also requested the UK Government to take up the matter of Sri Lanka proscribing organisations and individuals abusing the UN Security Council resolution 1373 and to work with others in the international community to ensure the proscription is rescinded.

“Give the GOSL a clear messaging denouncing their defiance against an inquiry for accountability and justice,” the statement further read.