President Mahinda Rajapaksa has persuaded Chris Nonis, the Sri Lanka High Commissioner in the UK to continue in his post although he got mercilessly assaulted by Sajin Vass Gunawardena, Monitoring MP for the External Affairs Ministry. 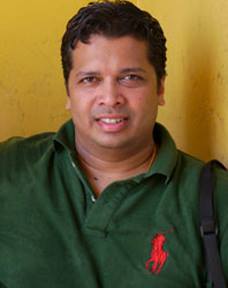 He had told Nonis that he will take strong action against Gunawardena but other sources told Colombo Telegraph this was a ploy. “He will not take any action against Sajin Vass because he does all his dirty work,” said an External Affairs Ministry source in Colombo.

With the face swollen from a slap, Nonis has left London for Birmingham to attend the Conservative Party annual conference. Among those he is expected to meet there is Opposition Leader,Ranil Wickremesinghe.

Vass Gunawardena and Kshenuka Seneviratne are now known to be very close friends. That is how he gives orders her to change anyone in the Ministry whom he does not like.Last Tuesday night he was drunk on Blue Label Whisky at Dilan Ariyawansa’s New York residence.

In a highly intoxicated state, Gunawardena MP has got involved in an argument with Nonis. He called him a “bloody pariah” and accused him of using the words “fucking bitch on Kshenuka Seneviratne.” He has raised his hands and given Nonis a thundering slap forcing him to fall on the ground. Thereafter, Gunawardena has continued to kick High Commissioner Nonis. His toe was hurt because of this and he was walking with a bandage.

Nonis did not sit for the string hopper, chicken curry and seeni sambol dinner. He drew to the five star NEW YORK HOTEL Rajapaksa stayed and gave his resignation. The next morning he took a flight from New York to London.