There was heavy embarrassment for President Rajapaksa over a New York incident. It only remained a secret for a few hours. One local television channel still broke the story followed extensively by the social media. The moral in the story about the attempted blackouts is the fact that such cloaks of secrecy or giving spins to gain temporary advantage is no longer possible. They have a way of getting into the social media and reaching a wider audience. Such reportage is not always accurate and tends to cause even more damage to the Government’s credibility.

The incident was at the New Jersey residence of Dilan Ariyawansa who now represents Sri Lankan Airlines in New York. Guests who arrived on the night of September 23 (Tuesday) were Sajin de Vass Gunawardena, Monitoring MP for the Ministry of External Affairs (EAM), Kshenuka Senewiratne, EAM Secretary, Thanuja Geethendra Usliyanage, Minister (Political) at the Sri Lanka Embassy in Washington DC, Chamithri Rambukwella (daughter of Media Minister Keheliya) and an official of the Ministry of External Affairs.

Guests saw Sri Lanka’s High Commissioner to United Kingdom, Chris Nonis, and Ambassador to the United States, Prasad Kariyawasam, arriving together. Golden Chimes, a Sri Lankan musical group was playing local music and the tempo increased as hours went by. In the process, dinner was delayed and another day (Wednesday) had dawned.

High Commissioner Nonis, who had walked in, sat at the bar table and was speaking with Ms. Ariyawansa. He was thrilled with the music and told her that it was very entertaining. Guests heard Vass Gunawardena making what were described as “highly inflammatory” barbs at Nonis. One of them said that every sentence began with “the f…. word.” Thereafter the Monitoring MP walked towards Nonis.

More inflammatory words flowed with the “f….” word. Vass Gunawardena then asked Nonis why he had called Senewiratne “a half baked b****h?”
Nonis replied that he had never made such remarks. “Don’t put words in my mouth,” he said. Then Vaas Gunawardena said something like; “What are you looking at me like that”, and landed the hapless High Commissioner with a weighty slap on his left cheek.

Another weighty slap on the left cheek followed from Vass Gunawardena. Thereafter, he dealt a blow on Nonis’ right ear. Witnesses heard the Monitoring MP exclaimed “Don’t think you can come in and out of Sri Lanka every week. You think you have the President’s support. You are only a f*****g High Commissioner. I am a street fighter. I will have you f*****g thrashed.”

Months ago, External Affairs Secretary Senewiratne had complained to colleagues and friends about High Commissioner Nonis insulting her. However, she had not formally raised issue over the matter by making an official complaint or calling for Nonis’ explanation.

It was nearly 2 a.m. now and Nonis did not wait for dinner but hurriedly withdrew to his hotel. Later in the morning, he proceeded to a New York hospital to get himself examined. He was having difficulty in hearing. Later in the day (September 24) he met President Mahinda Rajapaksa and gave him an account about what had taken place. Rajapaksa was busy that day readying his speech which he delivered at the 69th sessions of the UN General Assembly, but assured the High Commissioner that he would attend to the complaint. Nonis was also to have a second meeting with the President on the same day before boarding a night flight from New York to London.

One source familiar with the goings on said that trouble between Vass Gunawardena and Nonis had been brewing for some months. It was not just over alleged remarks against Ms. Senewiratne. It began boiling over the night before, i.e. the night of September 22 (Monday). This was when several members of the Sri Lanka delegation had attended a dinner party at a New York restaurant. Among those who took part were Ministers Nimal Siripala de Silva, Deputy Minister Nirupama Rajapaksa and Sri Lanka’s Permanent Representative to the UN, Palitha Kohona. The source said Vass Gunawardena was making “taunting” and “inflammatory remarks” at Nonis. “He was riling the High Commissioner and trying to embarrass him, the source added.

Nonis, as our front page report confirms, said yesterday that his resignation has been accepted from October 3, It meant the decision to accept has been made by President Rajapaksa whilst in Rome. This is the first time in post-independent history of Sri Lanka that a Government MP has assaulted a High Commissioner or Ambassador representing the country. That too by a parliamentarian who was officially designated to monitor work in the External Affairs Ministry (EAM). It is no secret that Vass Gunawardena virtually runs the EAM overseeing postings and transferring personnel he is displeased with. No questions are asked about his actions or transactions. The External Affairs Minister G.L. Peiris does not have any control over such matters, nor does he seem too worried.

Not so long ago, Vaas Gunawardena hired a string of public relations companies in the United States, notwithstanding the existence of a permanent diplomatic mission in Washington DC, to undertake measures reportedly to ward off human rights violation allegations against Sri Lanka. Millions of rupees were paid to these firms without the approval of the Cabinet of ministers. He even fronted a private address linked to him for these official transactions. Last year, a group of thugs hurled stones at Opposition Leader, Ranil Wickremesinghe, when he was in the Ambalangoda electorate. They surrounded his official car and made an attempt to harm him. It turned out that Vass Gunawardena had been responsible for arranging that “reception.” President Rajapaksa instructed him to apologise to Wickremesinghe. He did so on the telephone. All these factors notwithstanding, Vass Gunawardena is conspicuous by his presence when President Rajapaksa has meetings with heads of states, governments and other high ranking dignitaries.

Upon his arrival in London, instead of going to his office, Nonis drove in his official vehicle to the Conservative Party annual conference in Birmingham. President Rajapaksa is learnt to have telephoned Nonis in London on Friday from Rome and asked why he had raised issue with a leading Catholic prelate in Sri Lanka over the slapping incident. He had charged that this was a move to discredit him with the Catholic community. He had then terminated the call. Nonis is a staunch Catholic and has the backing of the clergy. His family is well known to Malcolm Cardinal Ranjith. One source said they took exception to Vass Gunawardena being in the Sri Lanka delegation that met Pope Francis.

It was External Affairs Minister Peiris who picked on Nonis to be Sri Lanka’s envoy in the Court of St James’. All Ambassadors and High Commissioners to the United Kingdom are received at this royal court for the sovereign. Just this week, however, he told friends and colleagues that he has not been happy with his own choice. Peiris complained that despite many a warning, Nonis had continued to focus more time promoting his family business. In fact, he had left station (London) without informing the Ministry of External Affairs and had to be warned by Secretary Senewiratne. Peiris’ remarks are an indictment on himself. Here is an External Affairs Minister complaining about his own High Commissioner.

During last November’s Commonwealth Heads of Government Meeting (CHOGM), Nonis succeeded in having Prince Charles land in a Sri Lanka Air Force helicopter at the Mackwoods Tea Estate in Nuwara Eliya. All members of the Prince’s entourage were given gifts of high grown tea.

Despite The Drama, Keheliya Knew All About Nonis’ Assault

Despite the drama staged by Media Minister Keheliya Rambukwella last week when questioned about Chris Nonis’ assault and subsequent resignation, he had been well aware of the saga all along as his daughterChamithri Rambukwella had been present at the scene. 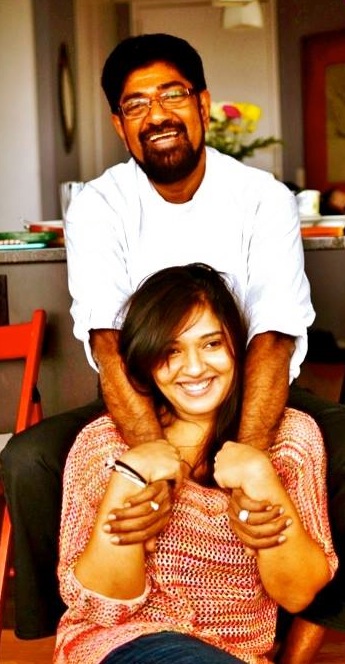 According to the Sunday Times political column, following are the officials who had attended the social gathering at the New Jersey residence of Dilan Ariyawansa(representative of Sri Lankan Airlines in New York) where Sri Lanka’s High Commissioner to the UK – Chris Nonis was assaulted by External Affairs Monitoring MP Sajin de Vass Gunawardena.

Nonis had been verbally abused and had been assaulted that night by Vass. Due to hearing difficulties that Nonis experienced after the assault, he had proceeded to a New York hospital to get himself examined.

However, Vass has rejected these claims and has maintained that he never assaulted Nonis.

Meanwhile, it has been reported that an infuriated President Rajapaksa instructed External Affairs Minister GL Peiris, toaccept the resignation letter of Nonis on Friday while they were on tour to the Vatican for an audience with the Pope. Rajapaksa had been irritated with Nonis about him raising the slapping incident with Cardinal Malcolm Ranjith, which led to Vass being prevented from meeting the Pope.

Colombo Telegraph was the first to report on Nonis being assaulted. President Rajapaksa attempted his level best to prevent the slapping incident form being reported in media. Upon his return to Colombo from New York, he took immediate steps to speak to all media institutions to ensure the incident was not reported. Despite his best efforts however, the story broke out in several websites but all of them have refrained from naming the assaulter as Vass.

Rajapaksa Told “No” To Nonis

Clarification And Investigation Into Nonis’s Resignation Is Vital: Prof. Wijesinha

So Who Is Sajin Vass?