In an attempt to coax the voters in the North before the upcoming presidential elections, President Rajapaksadistributed some 20,000 families with land claiming they were handed over to the beneficiaries through title deeds when in fact they are only land permits. 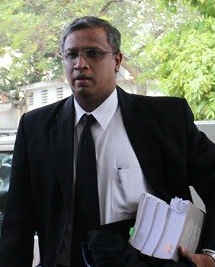 Reporting on the President’s three-day visit to the North where he re-opened the railway line to Jaffna, local media has published that some 20,000 displaced families have received title deeds of lands. However, sources claim these lands have not awarded by title deeds but through permits under the Land Development Ordinance backed by Ranbima Grants – a scheme of issuing ownership documents under Section 19(4) of the Land Development Ordinance to members of the Farmers’ Class.

TNA MP MA Sumanthiran commenting on the distribution of land to the 20,000 displaced families told Colombo Telegraph that the entire process adopted in handing over these lands is flawed. He pointed out the Constitution demands that the Provincial Council should recommend to the President to alienate land but that it has not been followed in handing over these lands to the 20,000 beneficiaries. He also pointed out that these families have been selected to receive these lands several years ago and the delaying of the process has made it evident that these actions are mere election bribes.

MP Sumanthiran’s comment is further confirmed through the letter written to the President by Northern Province Chief Minister CV Wigneswaran, explaining the reasons that led to the Board of Ministers and the Chairman of the NPC boycotting the special district meeting presided by the President.

The CM had pointed out the distribution of lands is a dubious process since no permission had been sought and neither had he been made aware of the scheme, despite him being the Provincial Minister in charge of lands.