The recent pre- and post- Uva election violence saw the police being mere spectators to horrific violence. Neither the police watching nor the cameras whirring, both in front of police stations in the presence of policemen, was a deterrent. The Sinhalese are shocked. Colombo Telegraph reported that “Senior legal professionals have condemned the attack on journalist Chandana Kuruppuarachchi that occurred a few days ago while expressing their regret over the law being made redundant.” And that the Lawyers’ Collective “condemned the killing of a suspect in police custody at Cinnamon Gardens while being taken handcuffed and the brutal attack on a girl at the Ratnapura Bus stand by a police officer in the view of the public.” Several such similar events of the Sinhalese ruing the loss of democracy and the eviscerated rule of law may be cited. 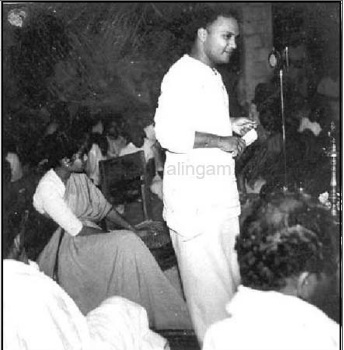 Democracy for the Sinhalese only?

Experience shows that the concern for old values by the Sinhalese in general and the legal profession in particular, is really a concern only for Sinhalese rights. Recall the condemnation of the UN Report by the BASL even before we had seen the report. Tamils have suffered a lot more than assaults. But who among the Sinhalese is giving voice to the Tamil downtrodden? There are indeed some but they are too few to count and really serve the purpose of keeping Tamils from boiling over in the name of not hurting those Sinhalese who do not approve of the violence against minorities.

The larger Sinhalese objection is really to their own rights being taken away and not a principled stand for justice.

Consider the case of a young Tamil man who dedicated himself to a united Sri Lanka, recognizing that there are good Sinhalese with whom Tamils must make common cause, and therefore dedicated his all to a pan-Lankan youth organization standing up for unity.  After his term of office at the top there ended he returned home to work in his village in the Vanni and was personally witness to the gang rape of a middle-aged Tamil woman by several Sinhalese soldiers – this rape was well after the rapes and murders of 2009 and cannot be put down to the heat of battle but rather is part of the systematic, planned subjugation of the Tamil people by the Sinhalese state.

Unfortunately the soldiers saw that he had seen them at their bestial worst, the barbarian monsters within them having been let loose in 2009 by the state and given free rein since as a weapon against its Tamil citizens. They beat him up but he managed to talk his way out. The soldiers having had second thoughts about letting him go, then came to his home. But on his wife’s screaming in terror, and villagers’ coming over because of the ruckus she raised, they beat a hasty retreat. The young man then moved to Vavuniya for a week for safety from where he sent desperate messages to his organization’s new President but got no response. He then proceeded to Colombo where the UNHCR helped him get to India and from thence to the US. Now the uniformed beasts go to his parents’ and threaten them with death if he pursues the matter.

Where are the good Sinhalese on this? Where is the Lawyers’ Collective? Where are this young man’s friends at the pan-Lankan organization? In fact on his way out in Colombo his organization’s President who succeeded him claimed not to have got his desperate messages from Vavuniya and chastised him for going to the UNHCR and the US Embassy instead of reporting the matter to the army. He obviously lives on another planet.

An abundance of words from various high standing Sinhalese intellectuals on the organization’s website speak up for peace and unity, and the importance of friendship over ethnic divisions. No one can disagree with those noble sentiments. But what about at least one word on justice? Or on accountability? Those who work for these highfalutin organizations are, wittingly or unwittingly, making Tamils into lambs quietly going for their slaughter in Prophet Isaiah’s words (53:7):

The peace bandwagon is useful only when it does not forget justice and accountability.  So long as those climbing on to that bandwagon forget justice, they too are part of this oppressive Sinhalese state and instruments of Tamil subjugation.

The recent Nonis-Vass episode underlines how everyone who tries to uphold Sri Lankan unity and identifies with the regime in power is made to regret it and forced to eat dirt. The Ambassador in Washington who is highly respected by friends has had to deny there was an assault on Nonis although he was present. As Ceylon Today reported (Oct. 11), Government spokesman and Media Minister Keheliya Rambukwella told the weekly news conference that the government had condoned the assault on High Commissioner Chris Nonisand felt it is quite normal for Sri Lankans to be involved in brawls like the one involving Nonis and Sajin Vass.

I am not sure if the government really meant to say it condoned the attack or the ministerial spokesman was having problems with his vocabulary, confusing condone with condemn. But, speaking for himself, the minister is clear that brawls are common in his circle of UPFA Sri Lankans, and in making out brawls to be a part of everyday life he was indeed condoning the brutal assault, and exposing the Ambassador in Washington by admitting there was indeed a brawl and showing the Ambassador to have been untruthful. The poor Ambassador – he would have found more dignity as a mathematician, than as a defender of the enormity engaged in by this wicked regime, just like Chris Nonis who would have been better off practicing medicine than as a professional liar for this regime!

As for Nonis, he is from a family of recent Tamil/Indian origin (although Lanka News Web of Oct. 19 reports Vass as insultingly calling him a Portuguese as if there is anything wrong with a Portuguese ancestry). But Nonis has tried his best to hide his Tamilness, white washing the regime effectively as the High Commissioner in the Court of St. James and engaging in propaganda against his suffering Tamil compatriots, denying all that they suffer. The name Nonis is seen in church marriage records appearing as, to cite just two of numerous examples, Nonis Chetty and Nonis Maleappa, both Tamil Chetty names. Indeed, Maleappa (Malai-Appan, the Lord of the Hills, Murugan) is as Tamil Hindu as one can get.

Nonis has served the Sinhalese state to the extent of burying his family background. But deep racism cannot be subverted through a simple change of identity. For instance, where has it taken the British Black African from the Caribbean who speaks the English language and no other at home, took on western names, adopted a western diet and clothes, and even became an ardent follower of the Christian religion in ways better than the English native? Can Nonis expect anything better from the racist state he so faithfully serves? The answer lies in the fact of his having been dumped.

As to be expected, the Sri Lankan state has turned its back on Nonis while Vass has not been dumped. But the Vass (Vaz) name of Iberian origin shows that even he is not safe if the choice is ever between him and aSinhalese-Buddhist. When Appapillai Amirthalingam when Leader of the Opposition was slapped by a policeman in Jaffna town, where were the good Sinhalese who object to the assault on Vass? Even today where are the good Sinhalese as the world tries to examine what happened in 2009 and the Sinhalese state tries to block the UNHCR inquiry?  As a Sri Lankan, I need to suppress my initial wicked pleasure at Sinhalese cries for justice in Sinhalese matters, telling myself, “Ah! The chickens have come home to roost at last. But we all need to work together at substantive issues or we will all sink together.”

As for substantive issues, I see nothing intrinsically wrong with an Executive President. The real problem is the wide powers the President enjoys. Whatever the system, the powers and the checks and balances on those powers should be the focus of any change. After all, the massacres of the JVP in the 1970s, the public exhibition of bodies and all that were under a Prime Minister. Tamils ought to take note that the sole focus on the executive presidency is no panacea for Tamil ills. For Tamils, even a Prime Minister can be horrible. Safety for Tamils from an incorrigibly and increasingly racist state can come only in the form of true and substantive devolution where the power of the Sinhalese to control Tamil lives is blunted.

What I would like to see before Tamils commit to any agreement over the upcoming elections with Sinhalese parties, is the following:

1)     Firm guarantees that the thirteenth amendment will be implemented: After all, it is the law. We all have seen promises about abolishing the Executive Presidency and how the Sinhalese parties make promises they never mean to keep, not even to India. Tamils need to work out and be offered an unbreakable guarantee on the implementation of the thirteenth amendment. This includes the re-merger of the Northern Province with the Eastern Province (which also means coming to a compact with the Muslims of the East on their rights). The agreement was with India and India must be brought back into the picture to guarantee Tamil safety.

2)     Firm guarantees on 13-Plus, in particular police and land powers. I believe it could be agreed only if the Sinhalese would be less hysterical about it. That is one reason why Tamils need Sinhalese good-will.  After all, if the provincial police are independent of the Centre, then we will not have policemen awaiting a call from the President or the central authorities for permission to move against murders taking place in their very sight.