The Supreme Court yesterday communicated its opinion to President Mahinda Rajapaksa on the constitutionality of contesting for a third term under the 18th Amendment to the Constitution, saying Rajapaksa can contest for a third term in office, the Leader of the House and Minister Nimal Siripala De Silva informed the parliament today. 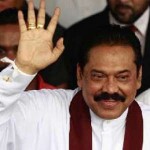 No “In Camera” Need An Oral Hearing: Full Text Of The Bar Letter To De Facto CJ

Mahinda Was Lying In Wait, I Was Waiting For The Opportune Moment: Ex-CJ Sarath Silva

Eligibility For A Third Term: From The Horse’s Mouth

President’s Reference To The Supreme Court

The Supreme Court Cannot Become A Party To A Political Trick: AHRC