Two trade unions affiliated to the Lanka Sama Samaja Party (LSSP) – Ceylon Federation of Labour (CFL) and the Government Workers’ Trade Union Federation (GWTUF) have disassociated themselves with the decision taken by the party few weeks ago to support President Rajapaksa in his candidature for a third term at the upcoming presidential elections, pointing out they are not ready to support an individual who is interested in continuing the Executive Presidency. 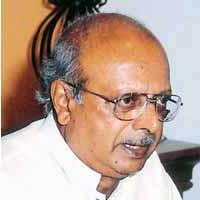 CFL Chairman Percy Wickramasekara and GWTUF Chairman DMD Abeyrathne issuing a joint statement to express their stance on the LSSP decision have pointed out that it is disappointing that a party such as the LSSP and some of its affiliated trade unions have decided to support President Rajapaksa, since they have remained in the forefront in the battle against the Executive Presidential system.

“It seems that presently even those against the Executive Presidential system have decided to pledge their support to Mahinda Rajapaksa. We perceive the LSSP decision as a baseless, opportunist stance that has been made with no regard whatsoever concerning the widespread people’s movements against the 18th amendment,” the statement reads.

The two unions leaders have pointed out that Mahinda Rajapaksa is among the many Presidential candidates who got elected into power through promising to abolish the Executive Presidential system but has instead backtracked on his promise once elected.

“Even while maintaining a 2/3 majority in the parliament, he chose to ignore his promise and instead implement the 18th amendment that has resulted in the Executive Presidency turning into a dictatorship,” they have written furthermore.