A new Tamil diaspora organisation has been formed to furtherance of the rights and wellbeing of Tamils of Sri Lankan origin world over. 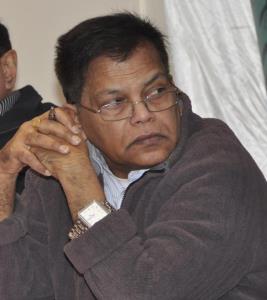 Seven leading Tamil activists in the United Kingdom who were engaged in diverse political and media activities have come together to form the campaign group under the name of ‘Non Resident Tamils (of Sri Lanka)’.  The group will be also known as ‘NRT (SL)’.

According to the interim Chairman who is a well-known political analyst V.Sivalingam, ‘NRT is formed to embrace and represent the wider views of the Tamils overseas and campaign for democracy, good governance and justice. NRT will also endeavour to bring about speedy political resolution to the current impasse in Sri Lanka by engaging with all parties involved’.

“The group will proactively campaign for justice for the Tamils and support and campaigns on all important national issues in solidarity with political parties, campaign groups and communities struggling for justice and democracy in Sri Lanka. Non Resident Tamils too are stakeholders to find a political resolution to the conflict in Sri Lanka and the group will play a responsible, effective and pro-active role and engage positively with all other national and international players to achieve its objectives” he further said.

The NRT is said to be modelled on the powerful lobby group  Non Resident Indians (NRI) that successfully campaigned for political and economic concessions for the expatriate Indians for many years.

‘ We the undersigned met at 14 Drinkwater Road, Harrow, Middlesex and resolved that on the 5th of November 2014:

We shall be the founder members of the newly formed organisation known as the Non Resident Tamils (of Sri Lanka).

Non Resident Tamils (of Sri Lanka) shall also be known as NRT (SL).

Furtherance of the rights and wellbeing of Tamils of Sri Lankan origin world over.

Campaign for socio-political-economic betterment of all communities in Sri Lanka.

Encourage and liaise with all those working for democracy, justice and equality for all communities in Sri Lanka.

The founder members shall formulate the framework for a constitution that shall facilitate enhancement of membership and activities of the organisation.

Decisions of the founder members shall be consensual and if there are disagreements majority shall prevail.