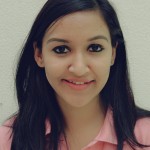 Recently, hard-line Buddhist clerics in Myanmar and Sri Lanka stated that Buddhist associations from both countries will work together to protect Buddhism against the threat from the Muslim extremists around the globe. Last month, Myanmar’s Ashin Wirathu and Sri Lanka’s Galagodaththe Gnanasara met in Colombo to work towards “Buddhists around the globe to ally internationally.” Following this, the Bodu Bala Sena (BBS) expressed interest in seeking out to a similar partnership with India’s Rashtriya Swayamsevak Sangh (RSS) towards securing a ‘Buddhist-Hindu peace zone in Asia’ to counter radical elements.

Are there divergences between radical Buddhist groups with respect to their attitudes and sentiments towards minorities in Sri Lanka and Myanmar? What impact do such fundamentalist collaborative ties have on the rest of the region?

To Each His Own

Reaching out to a larger international audience by means of collaborations provides impetus for radical Buddhists in both states to exhibit their Islamophobic character whilst protecting their image from being tarnished as an extremist force. Domestic compulsions such as the ends of the civil war in Sri Lanka and military rule in Myanmar created new fissures in the socio-political and economic fronts of the two states. However, despite the similarities, there are differences in social and ideological contexts as well as in political ambitions between the radical Buddhists of Sri Lanka and Myanmar.

Buddhist clerics’ demands and statements in Sri Lanka indicate that their main objective is to form a ‘single Sinhala nation’. With the fall of Liberation Tigers of the Tamil Eelam (LTTE) and absolute control gained over the north-east in Sri Lanka, the government considers the Tamil minority to be amongst the least of threats in attaining its goal. Thus, the next targets are the Muslims and Christians because the radical nationalist Buddhists are insecure about the perceived rapid conversion rates of the Sinhala people to Christianity and Islam.

Most minority groups in the state such as Tamils, Muslims and Christians – predominantly found, in the major cities of Sri Lanka such as Colombo – are disregarded because of their economic prosperity and domination in the service sectors. Hence, with the support of the government, both groups have been trying to contain all other religious minorities and keep a tab on them. More so, some Sinhala businessmen reportedly pay Buddhist organisations to pester the Muslim-run business groups.

More than aspiring for religious and ethnic statehood such as in the case of Sri Lanka, radical Myanmarese Buddhists majorly fear that if the Muslim community acts irresponsibly, Myanmar will become an Islamist state. It is out of extreme paranoia that Muslims are loathed in Myanmar. This coupled with Muslim individuals’ purchasing of Buddhist-owned land, and their increasing numbers riles Buddhist clerics. Myanmar’s monks are quite isolated and maintain a rather basic relationship with the Buddhists of the rest of the world.

However, Sri Lanka is an exception because the country has historically been fraught with ethnic strife. Myanmar’s monks are inspired by the assertive political nature of the monks from Sri Lanka’s Sinhala majority and, therefore, reach out to them. In Sri Lanka and Myanmar, Muslims comprise approximately 10 per cent or less of the total population and Buddhists account for approximately 70 per cent. Therefore, it is difficult to determine which group is more radical in nature in its approach to the perceived threat from ‘Islamists’.

Fundamental Islamic groups initially refrained from joining and assisting their Muslim counterparts in both Sri Lanka and Myanmar on the grounds that they were “unruly, sinful and did not deserve to be protected under Islamic law.” However, this scenario may be changing now. The numbers of Islamist associations germinating in various pockets of both rural and urban Sri Lanka and Myanmar may be on the rise. With the Islamic State openly denouncing the extremist activities of Buddhist radical groups against minority Muslims, tensions regarding the likelihood of unrest in both these countries in the near future seep into the political discourse of the international system.

An open partnership between transnational religious nationalist groups such as the 969 Movement, the BBS and the RSS has created a cloud of concerns for the rest of the region. Assimilation of such ultranationalist groups puts the region into quandary vis-à-vis addressing the larger question of the societal integration and the States’ policies on minority communities. With these unprecedented developments gaining momentum, there could be a further rise in violent aggression on the Muslim minorities, ultimately threatening peace and security in the region. Also, currently, Buddhist radical elements have increasingly created paranoia in the region resulting in Buddhism’s image being branded negatively. There are fears that a conflict between jihadists and radical Buddhists may be sparked as a reciprocal violence. If such extremism were to spread to other less complex regions such as Cambodia and Laos, the repercussions of that phenomenon might be frustrate the relative peace of the region.