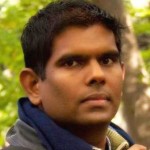 To win the hearts and minds of the Tamil people it is of utmost importance that one understands and appreciates their political history and the hardships endured over the course of modern times. Starting in the 15th century Sri Lanka was colonized by the Portuguese, followed by the Dutch, and finally by the British, who granted independence after nearly 440 years of foreign interference in 1948. As the British packed their bags to leave the island, religious extremists took advantage of the confused situation, to seize the entire island for themselves and set forth what would become a long history of violence against Tamils, which has been systematically carried out countless times ever since. These events prove that every time outsiders steal control of our ancestral lands, Tamils become subject to slavery, oppression and violence. Our ancestors shared these hardships as they were enslaved, losing their rights to freedom, while today religious extremists continue to suppress fundamental freedoms in Sri Lanka forcing Tamils to follow their religion, speak their language, celebrate their traditions and study what they are directed.

Today Tamils have lost their collective identity and have forgotten the resolve to defend themselves on moral grounds. We have stopped asking ourselves important questions such as “why weren’t we treated with dignity” because the crisis of slavery continues to this day. Whether it is shown by bowing heads or by stooping to knees, our minds have adapted to the notions of enslavement. Those who ruled over us expected obedience, and over the course of centuries these characteristics of an inferior ethnicity have endured in our community.

I have always wondered why when millions of Jews were slaughtered in the Holocaust, we never hear of any acts of resistance mounted by them in defense.  In an effort to understand why the Jewish resistance is so rarely discussed, I started studying their brave history and the atrocities they have faced ever since biblical times.  These small resistance groups fought for their rights and many were slaughtered in turn. Regardless of the fact, losing their battles never prevented them from working hard to establish a homeland and find success. Overall Jews have endured much more than Tamils, but brave men and women persevered, standing united and working their way up from the lowest rungs of society.

In what can be considered their last hope, Tamils waged an insurgency as a mechanism to thwart continuous attempts against their existence by their enemy. It is not different from the Filipino Peoples Power Movement, the East Timoran independence movement or the peaceful struggle of any oppressed people.  Today the Kurds struggle to preserve their way of life while fighting to eliminate the threat of ISIS in Iraq and Syria – a similar situation where the Tamils were forced to take up arms against those who find pride in oppression. These struggles were mounted in defense and history proves that the vast majority of combatants never crossed the line between the fight for freedom and terrorism.  For decades the international community has been hoodwinked by Sri Lankan democracy; ignorantly assuming that Tamils are terrorists and deserve to remain as slaves.

The democratic system in our homeland can be accurately described by Ken Burns in that “Democracy is like two wolves and a lamb deciding what they want for dinner.” In Sri Lanka, the wolves otherwise known as the majority decide who rules and what the evening’s supper will be. The more hatred one spews against Tamils, opens numerous doors for them to be elected to a throne in Kotte.  In a society that is polarized like in Sri Lanka, the Government has ample opportunities to push their discriminatory agenda to the international community – masquerading it as a solution to rectifying the humanitarian crisis endured by thousands ofinternally displaced Tamils.

Since 9/11 many figures in the international community have been led astray to thinking that any minority group fighting for their freedom are threats to the stability of society, because of the horrendous actions of several terror groups in the same part of the world. I personally believe that the African National Congress would have experienced the same surface-labeling if they had still been fighting back in those days. The West could have played a role in saving over 150,000 lives during the Sri Lankan genocide had they acted responsibly and not banned manifestations against those preventing peace talks and a ceasefire. These actions allowed and indirectly encouraged the Sri Lankan government to continue waging war against Tamils, thus promoting ignorance within the international community regarding the true nature of Tamils.  Diplomatic missions consistently complain that they are plagued with “multiple” demands from the Tamils, but in reality only one major complaint has been launched by thousands of Tamils around the globe and the irony is that these complaints were blatantly ignored until 2009, so I ask do they really care?

Like many minorities in Canada, the Tamil diaspora is very liberal politically. Many Tamils worked in Italian and Greek restaurants as cooks while learning to adapt to our newfound North American culture. Over the years, my relatives and friends never missed the occasions to wish anyone a Merry Christmas and always raise Christmas trees in their homes.  We identify as Tamil-Canadians, believing that our culture, identity, heritage are never threatened in this beautiful country.   Our forefathers worked hard to ensure that we were able to succeed, they budgeted their funds and took on extra work to put us through school and university, so that we had the skillsets necessary to contribute to our community, province, and country. I am extremely proud of the fact that our community generally appreciates the small things in life and have adjusted to become productive members of Canadian society. To this day we have incorporated new traditions such as Thanksgiving and Halloween with our own as we continue to live and thrive in Canada.

When the British were in our homeland, our ancestors were told that these Caucasians were their superiors, never to be spoken against, disobeyed, or questioned. Nearly 75 years later I feel that we still have the same line of thinkers in the international community. Had our heroes not sacrificed their lives for the liberation we would not be standing where we are today, we would have let human rights abuses grow larger, and we would have seen our homeland descend into eternal chaos.

By denying Tamils the right to mourn those who fought against oppression, it only expresses the Sri Lankan government’s desire for us to continue living under slavery for as long as time goes on. This repeated standard of treatment propagates a negative stigma and creates additional layers of discrimination against all minorities in their landed countries.  It creates a veil of suspicion and leads others to look down on their contributions to mainstream culture, believing their motives a piece of the puzzle in dismantling Canadian society. It is time we continue our work publicly in a transparent and accountable manner.

Today, Tamils have started to receive much more positive attention, yet we are still quite far away from addressing the root cause of problems within our community. This alone helps foster some hope that we need never resort to an armed struggle again and might help the international community to recognize we must work diligently to speed up efforts to better understand the political aspirations of Tamils in their homeland. Because thus far, any advancements have been delayed by the UN’s bureaucratic operations, a concern as it leaves the doors open for youth to get fired up, something we would never want to see again. We feel the entire United Nations effort in investigating the alleged war crimes against Tamils has proceeded extremely slowly.

Those who were victims of the genocidal regime are fearful of reporting their stories to the United Nations investigative tribunal. Those willing to stand and speak up are closely monitored, threatened and tortured so that they step down and keep silent about the atrocities they suffered. President Rajapaksa and the Sri Lankan authorities have cleverly crafted another effort to hoodwink the international community through their new “reconciliation” agenda. We all must understand that there will be NO reconciliation without President Rajapaksa and his men taking responsibility for their previous actions. This is ONE Sri Lankan issue the international community must understand if there is to be stability.

The Sri Lankan judicial system revolves entirely around feeding the whim and fancies of President Rajapaksa. Currently, its sole mission is to ensure he finds success in winning a 3rd mandate to rule. This leaves absolutely no hope for Tamils in our homeland, because our friends internationally have turned around and started associating themselves with this brutal regime. We must look to these friends to exert pressure through sanctions and isolation, but also to lead discussions regarding what can be done to find a fair solution to the problems at hand.

On this day on behalf of Tamils across the globe, I plead for all diplomatic representatives to stop profiling, discriminating against us and to break this perpetual chain. We have already seen what happened with African National Congress. Now is the time for us to stand together and allow Tamils to thrive in our homeland. We know that those who don’t learn from history are doomed to repeat it, therefore if Mr. Rajapaksa continues to deny us the right to mourn our ancestors and protest peacefully he wholeheartedly discriminates against us and promotes this philosophy with future generations.

You must understand our freedom fighters have strived to unchain 500 years of slavery and bring back the stories of suffering, oppression, and genocide. These men and women are the very reason why Tamils prosper wherever they land as refugees. We were given freedom and democratic rights in our newly found homes and we united to show those watching that we could rise above our oppressors.

In conclusion, I ask all Tamils to be accountable to your actions and transparent when managing your affairs.  It is important that we foster diversity and involve everyone in our decision making process – whether it is accomplished at home or abroad we must establish a genuine path that lead Tamils to freedom in our homeland; where we hope to take care of ourselves. When we keep the books clean, nobody can prevent us from achieving our goals. Today, let us mourn the losses of those who died for freedom.