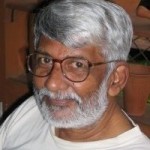 The factors which are forging unity among the opposition political parties and the civil society organizations are the immediate need to change the constitution and to abolish the Executive Presidency. This includes also ending the rule of one corrupt family. We have seen the results of the18th Amendment to the constitution. How true is Edmund Burke for us today who said, the greater the power, the more dangerous will be the abuses.

Undoubtedly, the preoccupations of the opposition movement reflect some urgent needs of the ordinary people and focusing on them is extremely important.

However it is also important to raise the question – will a mere change in the political leadership and the abolition of the Executive Presidency be a panacea to the real issues that our country is afflicted with, such as the high cost of living, the vast income differences, the national issue, threats inflicted on the natural resources, and so on?  My view is that except those who perceive the current political situation in a very narrow sense, all others would agree that the people’s expectations cannot be realized just by making constitutional changes.

Certainly, such changes will bring about a temporary relief and will allow a free space necessary for short term political engagement, but in the long run such a space does not really matter. The real challenges are centered round the differences of opinion over the national issue and the economic strategy among the opposition political parties. 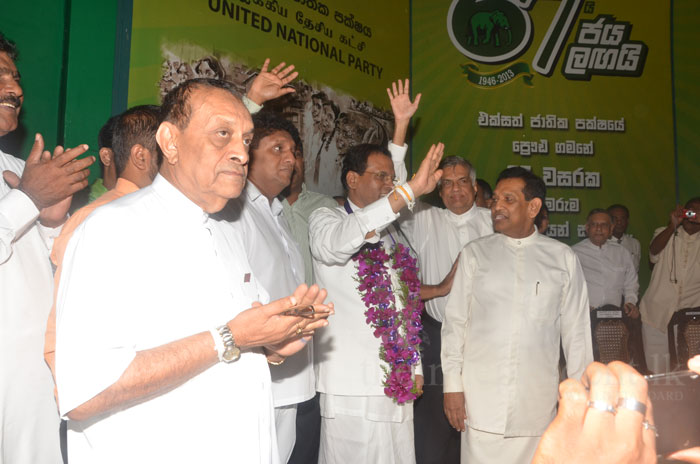 These are difficult questions to solve. If the leadership of the common opposition fails to come to a consensus on the national issue and the economic strategy, a breakdown of the united alliance would be inevitable. The experiences of the last 60 years of the power seeking political parties have failed to agree on a political solution to the national issue. For them the national question was only as a political tool to attract votes.

As regards the economic strategy, the question is whether these political parties in the opposition alliance will come to an understanding as to what their economic strategy for Sri Lanka is going to be.

If they have not agreed on a plan, the only option would be to implement the existing one introduced in different names for expediency, such as “Regaining Sri Lanka” or what was lately known as the “Mahinda Chintanaya” or the “National Physical Plan”.

According to that plan Sri Lanka is to have five centres: Navigation Centre, Aviation Centre, Economic Centre, Knowledge Centre and Energy Centre. It is proposed that the projects include 19 Airports, Mega Cities, Railway and High Ways connected to Asian Network of Roads and Rail Roads and so on. The project is spaced out until year 2030.

If successfully carried out it will make Sri Lanka the ‘Miracle of Asia”. But, there are a few very critical questions that have to be raised and sought answers for.  Is the new regime going to continue this programme.

If yes, at whose expense are they going to implement them? Are they aware of its impact on the peasantry and fishermen, the environment (forests, water ways, flora and fauna) and so on?

In the context of globalization, we know that those projects are primarily meant as infrastructure facilities for the international companies to carry out their businesses in an efficient way and certainly not aimed at helping the local people.

Therefore how can we expect through such mega projects, economic justice for people and also the environment? How would such programmes put an end to corrupt practices of governance? Would they reduce the income differences among different classes? Or are we to expect just the opposite?

We also know that these projects, as happening with the current regime, will create opportunities to enter into businesses as partners of the foreign investors directly or by co-opting the family members.

Further it is certain that those people who enter into politics do so not with the interest of doing welfare to the people but enriching themselves in the shortest possible time. In this climate of globalization, doing politics is a big business venture that can earn a massive income without much investment on your part. Nelson Mandela, affirmed this trend when he said that the rich and powerful now have new means to further enrich and empower themselves at the cost of the poorer and weaker people.

In this back drop, we have no reason to believe that the opposition parties aiming at the reign of power will ever overcome these challenges and transform politics in our country into a means of serving the masses.

I salute those who work to bring about a new regime and constitutional changes, but am surprised to see why these critical issues are kept away from the present debate.

Now the challenge is before the citizens to contribute and build up people’s power or the movement of the poor and the oppressed and to join in a “creative struggle”, to do away with the structural causes of poverty and marginalization and construct a just Society.

The citizens in this country need to rethink their political mission. Is it to work for the empowerment of power seeking politicians or for the poor and weaker masses?

This strategy I believe is a massive task and has its own mission. Most certainly for several reasons it would not attract those who are engaged in party politics but one possible reason is that it does not guarantee personal benefits. There is one more reason why it would not draw the attention of others. If one opts for such a strategy he/she would not be able to move about with the rich and the powerful because the mission is mostly around the poor, the weak and the marginalized. In my opinion, one of the main tasks that this mission entails is freeing such masses of their mythical beliefs related to religion, development and politics.