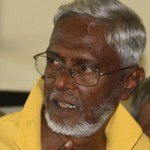 I believe, you are much more conversant with the Declaration of Assets and Liabilities Act No. 01 of 1975 amended in 1988 as Act No. 74 than me, which requires candidates for the upcoming presidential election to hand over declarations of their assets and liabilities along with those of their families when they submit nominations on 08 December 2014.

Yet with the Act as to date not making it mandatory to hand over such declarations at the time of submitting nominations, we are aware this legal requirement is not carried out effectively.

The sole objective of this Act was to wean out corruption and fraud completely or at least minimise them in the State administration and among politicians. It is to further consolidate this objective that the Act provides for elected politicians to annually declare their assets and liabilities along with those of their family and for citizens to have official access to those declarations.

Although the Act does not provide all necessary provisions adequately to you for this purpose, the post “Elections Commissioner” you hold as an independent position binds you to a social responsibility, over and above your official duties. Election is an independent, free and democratic process that ensures the “sovereignty of the people”. This process holds valid only if the people are assured and if they can have trust, in electing a government that would respect their sovereignty. Therefore your position as Election Commissioner carries with it a social responsibility, in ensuring the election of a government that will not be corrupt, from the time of accepting nomination, through elections till its conclusion. It is therefore my firm belief, you are not holding a position that can push legal provisions ahead of social responsibility. While trusting you would not shirk such social responsibility at this election, I wish to request you to honour the following in assuring the public you would hold yourself binding to social responsibility.

My firm belief is, all the above are requests that can be efffected. I believe, you will not say there are no legal provisions for you to effect them. The reason is, while there is no law that says you can not act with such social respoìibility, those who claim they contest to save the country and for the good of the people cannot afford to object to their implementation. Therefore there is no law, nor any other social factor to hold you back.

Shall await your early response for this.

Thank you. Yours sincerely,