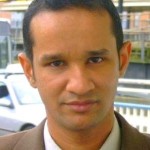 Presidential election 2015 is getting heated now and an unexpected arrival of the General Secretary of the Sri Lanka Freedom Party (SLFP) as the common candidate has shaken the ruling of UFPA and the chance of winning the third term by the incumbent President. Even before the arrival of the popular grassroot man of SLFP’s Maithripala Sirisena’s arrival, analysts were predicting the outcome based on two groups of voters such as important of ethnic minorities and mustering the Sinhalese nationalist voters will be a crucial factor for any presidential candidate to touch the finish line of 50% plus one vote in the upcoming presidential election.

The opposition is very much hopeful of getting a better share from the ethnic minority voters but the opposition had a challenge of finding a candidate who can muster the support of Sinhalese nationalist voters which is nearly 74% of the total population of Sri Lanka. The arrival of Mahithripala Sirisena as a common candidate, answers their long standing question of challenging the Incumbent President without any doubt as Mahithripala now known as the people’s man as the ability to capture grassroot voters.

Incumbent President Mahinda Rajapaksa had a great hope on winning his third term by getting Sinhalese Buddhist voters and he is aware that winning the hearts of the ethnic minority is not an easy task now as he failed to shut the mouths of some extremist Buddhist groups who have suddenly risen up against the Muslims and Catholic Community on certain issues. Muslims and Catholic people of Sri Lanka waited with great hope that the incumbent President will heal their wound, however, he failed on it by implementing his typical Presidential Commission which never gave any results in the past.  Well now the once hopeful communities have totally lost the faith of the President as a leader, the one with executive power has failed to deliver the goods to the minorities when they were fearful of these threats and verbal assaults by certain extremist Buddhist groups. After all these political shake ups during the last two weeks, I noted the Incumbent try to put a cushion towards the minorities but it looks like he understood that his strategy is not working at the moment and may be it won’t until January 8.

He lost his grip of getting the minority voters to back him without any doubt. According to my analysis from the ground level, minority voters have already made the decision that they will vote for anyone but the current President. I was asking a few people about the UNP candidate who is not contesting this time and it’s his own party man who is challenging but voters don’t bother about SLFP or UNP. They are just fed up about the incumbent President, they are not only unhappy about extremist clashes but also high cost of living as it is another factor for them to consider for an alternative, no matter where the candidate comes from.

Either side candidate are seriously focusing on getting the backing from political parties that represent the minorities but I think even if these political parties are with the Incumbent, they will lose their powerbase as voters this time are going to vote base on their own conscience rather getting the order from whom to vote by their so called “community leaders”. Minority voters are again going to vote like its 1994 when Chandrika Bandaranaike came to power. As you aware Colombo is a powerful green colour support voter’s region but in 1994 they have just voted overwhelmingly to Chandrika Bandaranaike after they have been fed up with the UNP’s 17 year long rule which started to become very unpopular due to corruption and high cost of living. I am seeing the same wave in this election by the minority voters. Some may say that even in the recent past election minority voters have voted to the opposition during 2010 President Election and after that too. But this time it is a different game as the minority voters who voted for the Incumbent in past are also reconsidering their position and some already decided to back the opposition candidate. Apparently it is clear that the minority voters are one of the core groups who are going to change the table against a president who was one time known as a leader who bravely ended the war successfully. The Incumbent President was the most popular man at one time and a good strategist but he failed to understand that every slogan is also mortal as it has a lifeline and it will die off one day. Political leaders should understand to adopt slogan to keep their power alive which is related to their current political development. I can remember when the war was over everyone was talking about this man going to be in control of power for another 25 years but I was smiling as a strategist because I knew that we are human beings and we are the weakest beings on planet earth of easily forgetting our yesteryear issues and always welcoming on new developments.

Winning the war is a sweet slogan without any doubt, at the time that our stomach doesn’t feel the hunger. But when it does feel, then this is one of the bitterest slogans for the voters. As we are human we always think about our day to day survival and putting the country first is just a farce for mankind as no one is ever going to do that in reality. Think about Gotabaya Rajapaksa and Basil Rajapaksa, they have a high seat of power in Sri Lanka and still they wanted to keep their US Green Card alive though they say US is poking on internal affairs. Nevertheless I am not going to argue about the “put the country first” subject as its waste of time to argue on that issue as politicians don’t follow that but they want their people to stick with that rule.

Consider the Tamil Voter base in Northern Province which is also going to be another biggest setback for Incumbent president at this time. As we are aware that the incumbent President and the common opposition are eagerly expecting for the backing on Tamil National Alliance to grab the Tamil Vote base in Northern Province as they are the sole representative of that region.

According to my view Tamil National Alliance is not going to back the Incumbent president but backing the Common Candidate is a catch 22 situation for them. If they back the Common Candidate now then the Incumbent’s team will use LTTE Card against the Common candidate in order to change the mindset of possible Sinhalese Buddhist voters who have already decided to choose the Common Candidate as their next president.  Therefore I assume that the Tamil National Alliance would either back the common candidate at the last moment or may be stay away from campaigning for neither of them. If they decided to choose either of the above choice then the Common Candidate will benefit by rather telling their voters to boycott this election. I strongly believe they have no legitimacy to tell their voters to boycott because if they believe in ‘’freedom of choice’’ and democracy then people must get their rights to choose their candidate in this election.

Northern Voters will be a greater challenge for Rajapaksa as we have noted in the last 2013 Provincial Council Election polled numbers increased dramatically compared to the previous presidential elections since 1994.  In 1994 when Chandrika Bandaranaike was winning the presidential election, she received 96% of votes in Jaffna District and 85% from Vanni District but total number of votes polled just 2.97% and 22.41% respectively. Thereafter every presidential election, the opposition candidate got the best majority which is nearly 70% votes or above but average polling numbers for the northern region increased but not at a considerable value such as 22% (1999), 9% (2005) and 29% (2010) and also 28% in 2010 General Election (TNA Contested alone). However we noted that in 2013 provincial council election there were 67% of voters who have casted their ballot which is a very considerable increase in the polling numbers. And UFPA faced a massive election lost to TNA and it’s showed that the northern voters are very likely to cast the same polling numbers or more than that without any doubt and I doubt MR will get a fair share from them and that will be another massive blow to the incumbent.

Finally to Upcountry Tamils and this is the area where Rajapaksa may have some voting numbers from ethnic minority due to the backing of CWC, NUW and Up country people’s front as the all these three parties are already given their backing to the incumbent president but there are speculation that they are reconsidering their position which is going to be another setback for the incumbent? Well it’s too early to predicting about the Up country political parties’ positions to back the common candidate as neither of the candidate have handed over their nomination yet. As a whole, the incumbent president getting a message from the minorities that this time they are going to vote through their own consciences rather than getting orders from their minority political party leaders.