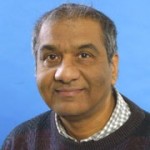 Although the executive powers of the President have become pivotal to the agenda of the “common candidate” of the opposition, the even more emotional question of the 13th amendment has been kept out of the limelight. While the incumbent can claim the status quo as his working model, the supporters of the “common candidate” do not seem to have any common ground to stand on.

In 1987 Rajive Gandhi was reeling from exposures in the Indian press regarding kick-backs from arms purchases. Twenty million from Sweden, fifteen million from a German subma

rine deal, and other allegations of high corruption were coming to light. Meanwhile, military operations in Sri Lanka against the LTTE, a group that the Indians had nurtured as their jagular -hold on Jayewardene, were going against the LTTE. Standing firm against Sri Lanka and tightening the jagular would turn the limelight away from Gandhi’s domestic scandals.

To make matters easy for Gandhi, the army and air-force operations, guided by American and Israeli advisers, followed the inhuman tactics perfected in the Gaza. Athulathmudali‘s “operation liberation” ignored the fate of the civilians in the North, already caught in the cross-fire among the rival  LTTE, PLOTE, EPRLF,  TELO and other groups.

When the Indians air-dropped “supplies” on 4th of June 1987, the Sri Lankan army offensive to capturePrabhakaran had to be called off. India  claimed that the SL government had carpet bombed Vadamarachchi, with over 2000 dead, repeating the gross claims of the LTTE to justify India’s intervention. Calling in foreign journalists to Vadamrachchi to discredit some of these claims did not help, as India was simply looking for an excuse. Meanwhile the LTTE offensive changed character to include the Black Tigers. The first suicide attack (by Miller) of the war came on July 5th, targeting the Nelliyadda camp, with the LTTE claiming to kill a 100 soldiers. This was followed by indiscriminate army reprisals killing innocent civilians. The Indo-Lanka accord was signed on the 5th of July. J. R. Jayewardene used the powers of his executive presidency and acceded to the Indian plan. He had no option to disagree. Today this would be called  creating a “Ukraine potentiality”  for Indian hegemony over a part of Sri Lanka.

It led to the 13th amendment to the constitution, creating provincial councils with wide devolved powers, merging the North and the East into one province, as well as a right-to-protect (R2P) type intervention that allowed the Indian Peace Keeping force (IPKF).  Although Prabhakaran appeared to agree to it under duress, he took the first opportunity to reject it and fought the IPKF. He rejected the “Indian Model” and insisted on achievingEelam at any human cost. JRJ could sign the Indo-Lanka accord using the special powers vested in the executive presidency. Its legitimacy itself may be debated.  Its present-day effect is to create a triple force against the stability of Sri Lanka. (i) A Ukraine-potentiality inherent in the 13th amendment, (ii) A Northern Provincial administration where the leaders rush to India for consultation on almost every matter,  and  Although the TNA has stated  its support  for a “united” Sri Lanka, there is no trust between the leaders of the North and the South.  Some of Mr. Sampanthan’s saying have been interpreted by editorial writers of the Hindu, and the Sunday Times , as “secessionist”. (iii) A tense Tamil Nadu tantalized by the Tiger vision.

Not surprisingly, the TNA has demanded wide powers going beyond the 13A including the “right to self-determination”. The Southern nationalists have demanded the abrogation of the 13 athmendment. The TNA claims that the North and the East are exclusive Tamil homelands whose demographic character should not be modified by non-Tamil residents. The LTTE had in fact “ethnically cleansed” the North of its Muslims and Sinhalese.

After nearly three decades of ‘provincial councils’  in most parts of the country, we now have an extreme redundancy in government, with unclear jurisdictions and  superfluous expenditure in maintaining multiple tiers of politicians. The local, provincial and national level politicians depend on one another for favours, racketeering and electioneering. Thus today no major party in the South will agree to its dismantlement, while freely admitting that it is a cancer in the body politic.

Mahinda Rajapaksa, with his 2/3 majority cannot abolish the 13th as everyone would find reason to lobby against any such moves. However, the small political parties without local and provincial support, but strong in agitation and propaganda, as well as strident nationalist groups can demand the abolition of the 13th, correctly arguing that it is dangerous for national unity, that it totally corrupts the body politic, while tripling the expenditure of governing the country. But their voice has no weight.

Even more interestingly, legal experts have wondered if the abolition of the executive presidency will instantly create the anarchy of nine virtually independent provinces under a powerless parliament.

In our view, both candidates running for the presidency have to speak clearly on what their vision is. President Mahinda Rajapaksa has sometimes spoken of a 13A plus, within a “home-grown” solution, clearly alluding to the unacceptability of the constitutional distortion imposed by Gandhi. However, he has not defined his position, while no MP wants to jeopardize his own provincial henchmen.

Given the triple threat implicit in the 13A, and its wasteful corrosive effects, the election is an opportunity  to define a fresh approach .

The candidates must present  realistic plans for these issues, instead of presenting the public with unrealistic promises of abolishing the executive presidency as well  as corruption in a mere “hundred days”!