Presidential Election: 13th A & The Dilemma Of Politicians 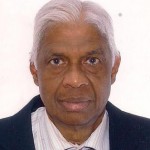 The Sri Lanka Catholic Bishops Conference asked all the Catholics and citizens to make use of their democratic right to vote.

The Bishops of Sri Lanka asked the citizens and all the political parties to have a free and fair election free of violence. As the presidential elections are fast approaching, the Bishops ask for an honest political commitment that would allow the people to vote in peace and receive a true and credible result.

How North views the polls

Voters in the Northern Province look forward to a viable administration and a political solution for the national question. They stressed the need for a proper method to streamline the civil administration to resolve problems of livelihood, resettlement, families of missing persons and political from the next president.
Although there was less election related violence reported from the Northern Province people feel suspicious over developments taking place in the peninsula. Meanwhile, the election officers in the North say that necessary preparations have been already done to conduct a free and fair presidential election.

According to the latest voter registry 719,477 voters are eligible to vote in the Northern Province. Department of Elections states that 426,813 voters from Jaffna District, 68,600 from Kilinochchi District, 75,737 from Mannar, 53,683 from Mullaitivu and 94,644 voters from Vavuniya are eligible to cast their voters in the upcoming presidential elections.

He said that while it is not important whether the decision is right or wrong even those who say it was a wrong decision have not come out openly and asked others to vote for President Mahinda Rajapaksa.

The police security provided to Muslim Tamil National Alliance leader Azath Salley has been withdrawn with effect from today. Salley had been provided two policemen as security on the instructions of the Elections Commissioner Mahinda Deshapriya. Deshapriya had instructed the police to provide security for Azath Salley as a political party leader and provincial council member.

However Salley was informed today that the two policemen have been withdrawn on the instructions of the Defence Ministry. Salley said he will be raising the issue with the Elections Commissioner. (Colombo Gazette)

Issuing a statement a short while ago he said; “Let me urge you my dear brothers and sisters to go early to your polling booths and vote for Maithripala Sirisena contesting under the Swan symbol and not let the undemocratic measures that the government will most likely take, discourage you. I am reliably informed that they are poised to hinder the vote and possibly target several of us but we must remain strong. I urge you to vote as you did at the Provincial Council Elections. Hold strong and may God give you courage.”

This Presidential Election Is Unique; Tamils Should Vote For The Survival Of Democracy: GTF

This presidential election is unique in that it does not even speak a word about the decades of conflict or war or the post-war atrocities but only about failure of democracy and rule of law in the country, says Rev FatherS J Emmanuel, President of Global Tamil Forum.

Issuing a statement today he said; “I prefer to give only one answer as to why Tamils are asked by GTF to vote and that for the survival of democracy and rule of law…………….. MORE