How the Attorney General Yuvanjan Wijayatilake and a handful of fellow public servants had prevented theMahinda Rajapaksa led election night coup, the Colombo Telegraph can reveal today. A detailed version of the event took place is sent to Colombo Telegraph by the lawyers close to the AG.

We publish below the detailed version in full;

By now the narrative of a peaceful transition of power between former President Mahinda Rajapaksa and the newly elected government has largely taken root. Newspapers, television airtime and the Internet are abuzz with photographs of President Rajapaksa humbly leaving Temple Trees even before the final election results were announced. There are no pictures of the sequence of events that took place in the corridors of power in the preceding hours, where Sri Lanka nearly received a death stab to the heart of its democracy, rescued from a knife edge only by the courage of Attorney General Yuvanjan Wijayatilake and a handful of fellow public servants. 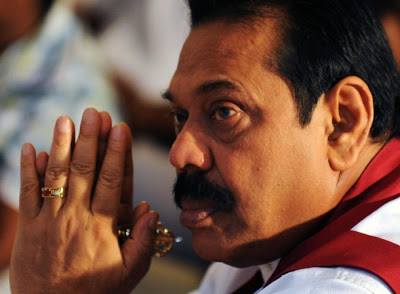 By the time the polls closed on January 8, President Rajapaksa and his close advisors remained confident in their impending victory. The upper echelons of the regime, however, ever cautious about matters of totalitarianism, had a backup plan in place.

The shockwave hit Temple Trees long before the rest of the country, as the results of postal voting began trickling in after 10 PM. Innocuous and inconspicuous to most electors, the results were a mix of victory and defeat for both sides, from which no definite conclusion could be drawn.

To Mahinda Rajapaksa, a candidate of no less than three presidential elections and four parliamentary ones, the writing on the wall was crystal clear: disaster was looming. The postal vote comprises almost entirely of those in public service. These are men and women who, in the view of the regime, owed their livelihoods to the president, personally, and the enlisted men and women of the military, widely believed to hold fanatical loyalty to former secretary of defence Gotabaya Rajapaksa. With near certain defeat just hours away, President Rajapaksa and his confidants began deliberating his options for ensuring that the executive presidency did not change hands.

At around 3.00 AM on January 9, Attorney General Yuvanjan Wijayatilake received a phone call summoning him to Temple Trees. Unknown to the Attorney General, just hours prior, military units attached to the Panagoda Army Camp received instructions to deploy in the vicinity of several counting centers in and around Colombo.

Before arriving at Temple Trees, the attorney general telephoned Solicitor General Bimba Thilakaratne to inform her that he had been summoned and ensure that she would be available for consultations if necessary. As Attorney General Wijayatilake arrived at Temple Trees, he was rushed into a meeting room where nothing in his 35 year long career in the legal profession could have prepared him for what was to come next.

The composition of the room itself was sufficiently shocking and preposterous to send a chill down the spine of any public spirited citizen. Present alongside President Mahinda Rajapaksa were not only his brother, Defense Secretary Gotabaya Rajapaksa, his External Affairs Minister G.L. Peiris, and Western Provincial Council Minister Udaya Gamanpilla, but also the sitting Chief Justice of The Supreme Court of Sri Lanka, the Highest Court in the Land, Mohan Pieris.

The AG’s worst fears came through as the group explained their plan to him and instructed him to attest to its legality so that the necessary orders could be issued to the Inspector General of Police and the Army commander. The question placed before the attorney general was whether it would be legal for President Rajapaksa to annul the presidential poll by executive action, in the event of serious violence at counting centers, followed by the imposition of a state of emergency and the deployment of the army to impose order.

The answer, to the attorney general was morally obvious. There was simply no constitutional avenue for the president or any other official to stop the release of the election result or otherwise override the authority of the Elections Commissioner to decide the result of the election. The AG, immediately realizing the urgency of getting news of this plot out of Temple Trees, suggested that he would call and consult with the Solicitor General, Bimba Thilakaratne to help him make his determination.

Wijayatilake, in the presence of the gathered group, called Thilakaratne, informed her of where he was and who was present, and proceeded to explain the entire scheme to her under the auspices of soliciting her legal opinion. Thilakaratne too, upon realizing what was afoot, telephoned a senior colleague to relay the plot and get another opinion.

To all three state legal professionals, the subtext of the question of “legality” before them was crystal clear. All matters of legality or constitutionality are ultimately decided by the Chief Justice of the Supreme Court, assumed to be an impartial judge of unimpeachable credentials. There was no doubt in any of their minds that the Chief Justice, Mohan Pieris, was present at Temple Trees for no reason other than to coerce them into meekly signing off on the legality of the plot.

In reality, this maneuver had the opposite effect on the seasoned state legal professionals, leaving no doubt in their minds that they were being asked to be party to a treasonous, unconstitutional coup de tat of a scale that would have eclipsed the abortive military coups of 1962 and 1966 in its sheer blatancy.

In no democracy in the world would it be accepted practice for the head of state to summon, consult with, or conspire with the head of the judiciary, especially in the dead of night when the sovereignty of the people by exercising their constitutional right to elect their leaders. By colluding with the president in his personal capacity to subvert the constitution, Mohan Pieris has set a high bar for ridicule and disgrace for the office of the Chief Justice, and the constitution that he swore to uphold. In effect, the president and chief justice were asking the attorney general to participate in an act of treason against the people of Sri Lanka, depriving them of their sovereign right to elect their leader. On the question of whether or not he was compelled to obey an illegal order from the president, a 2008 Supreme Court ruling by Justice Shiranee Tilakawardane was the key precedent:

“The President does not have the power to shield, protect or coerce the action of state officials or agencies, when such action is against the tenets of the constitution or the Public Trust, and any such attempts on the part of the President to do so should not be followed by the officials for doing so will (i) result in their own accountability under the Public Trust Doctrine, betraying the trust of good governance reposed in them under the constitution by the people of this nation, in whom sovereignty reposes and (ii) render them sycophants unfit to uphold the dignity of public office.”

Despite the clear risk to their own lives and families from the most powerful individuals in the country who had made clear their willingness to spill blood to cling on to power, both the Attorney General and Solicitor General responded unequivocally that they would not certify the legality or constitutionality of the president’s scheme. With the IGP and army commander both refusing to participate in the scheme without clear legal authority, the plot came apart, with the president conceding the election and vacating Temple Trees soon afterward.

These events, if proven in a court of law, would constitute the most dastardly act of treason in the history of the Republic. The accused held the highest offices in the land across all three branches of government. The key eye witnesses are some of the most respectable and unimpeachable figures of Sri Lanka’s legal system. At stake was the very foundation of our democracy.

It is imperative that the new government move swiftly to initiate a commission of inquiry, recording statements from all concerned, and prosecuting those responsible for conspiring to subvert the country’s constitution, sovereignty and the will of the people, with the full force of the law. Failing to do so would set deadly precedent, and encourage future defeated leaders to follow in the footsteps of the conspirators.

Election Night Coup: Mangala Makes Complaint In CID Against Rajapaksas And Their Henchmen

Rajapaksa To Dissolve Parliament Before Bowing Out